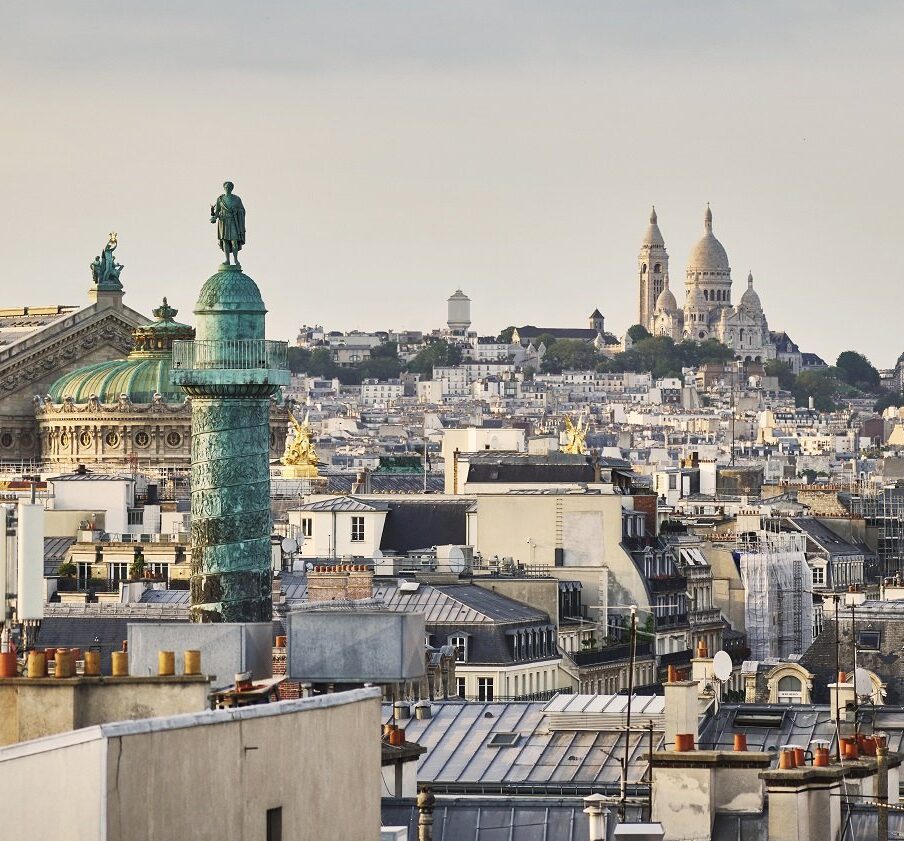 A neighbourhood guide to Montmartre

Share on Facebook Share on Twitter Share on LinkedIn Share via email
Montmartre, perched on Paris’s highest hill and topped by the white domed Sacré-Coeur church, has retained a village-like feel, with its winding, cobbled alleys brimming with atmosphere and history. Let us take you on a tour of this hip neighbourhood, once home to legendary artists like Picasso, Renoir and Matisse. 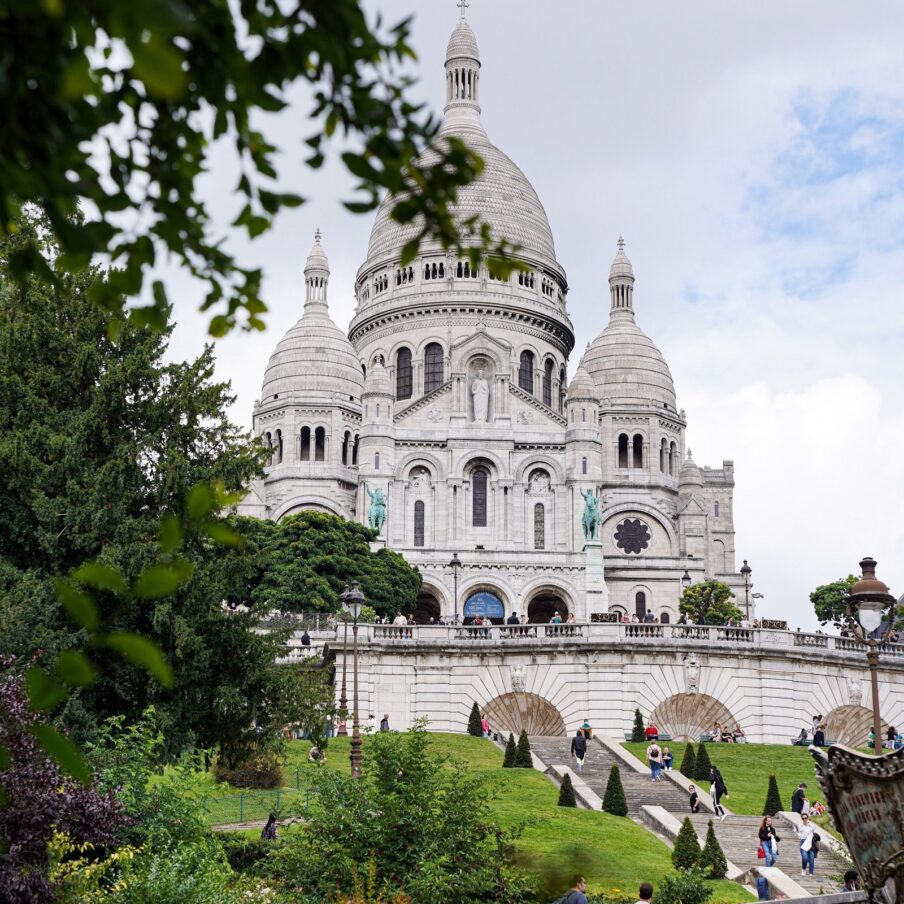 A Roman-Byzantine masterpiece with a white travertine façade and ornate ivory domes, the Sacré-Coeur (meaning ‘Sacred Heart’), is a 19th century basilica built between 1875 and 1914. Prominent Catholics wanted to build a church following France’s defeat in the Franco-Prussian War, to make up for their sins. The astonishing interior includes France’s largest mosaic, depicting Jesus alongside the Virgin Mary and Joan of Arc. For panoramic views over the city, you can climb its outdoor staircase or the 300 steps to the top of the dome for views stretching out over 30 miles/48km.

When Picasso first came to Paris in 1900 for the World’s Fair, he moved to an apartment on rue Gabrielle, where he started his famous ‘Blue Period’ works — moody, nostalgic pieces dominated by shades of blue. You can also visit Bateau Lavoir artists’ studios, located at 13 rue Ravignan on Place Emile Goudeau. This is where Picasso took up residence and worked on his proto-Cubist masterpiece ‘Les Demoiselles d’Avignon’ in 1907, famed as marking the birth of modern art. Bateau Lavoir was also the home of Juan Gris, Kees van Dongen and Amedeo Modigliani, and its regular visitors included Henri Matisse, Gertrude Stein, Max Jacob and André Derain. 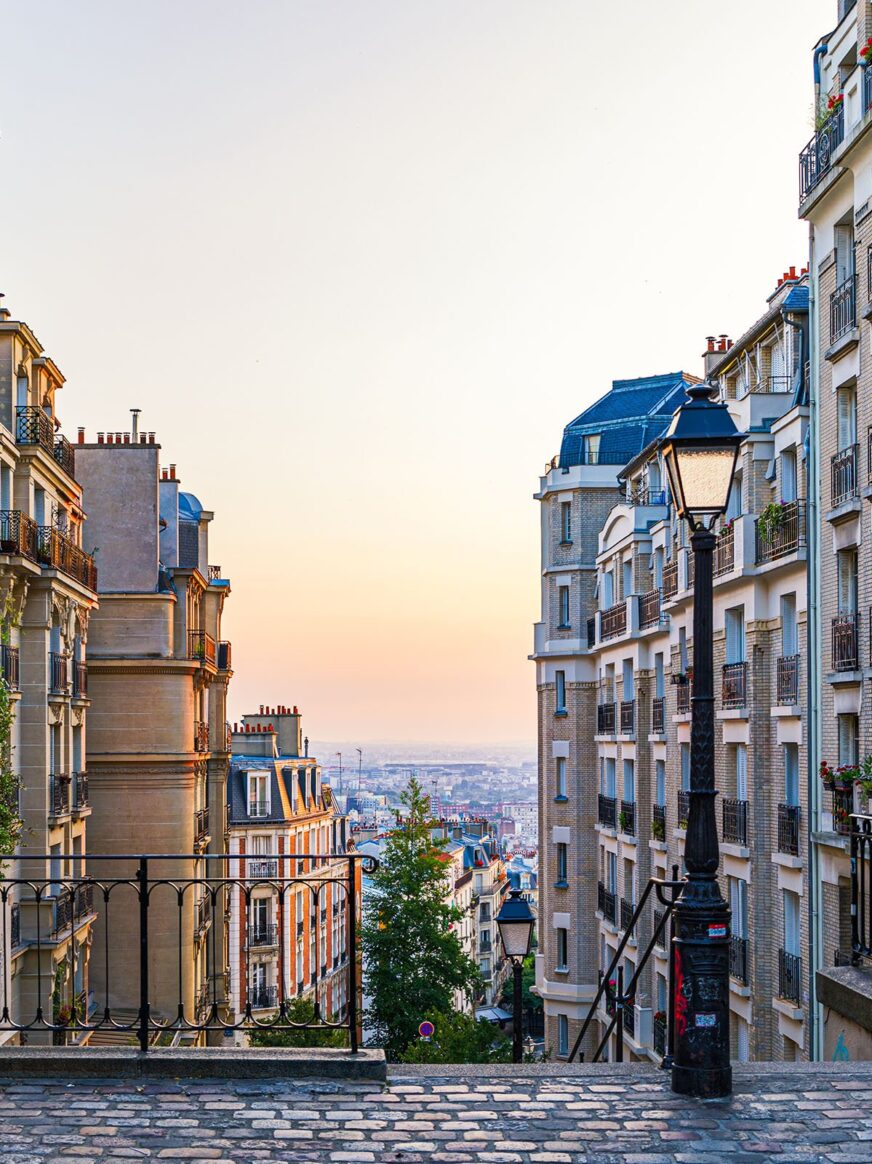 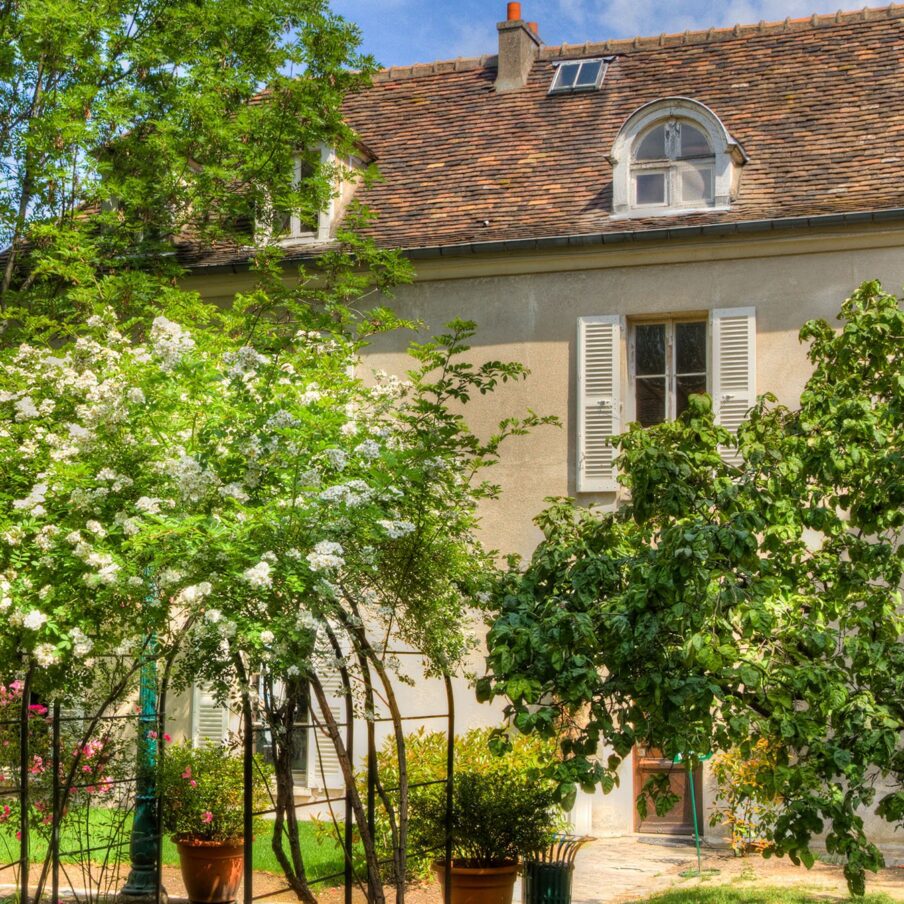 Nestled behind the Sacré-Coeur down a pretty street, the 17th century Musée de Montmartre was once a meeting place for prominent artists. Works by Pierre-August Renoir, Suzanne Valadon, Raoul Dufy, Emile Bernard, Toulouse-Lautrec, Modigliani, Kupka, Steinlen, Valadon, Utrillo and more hang on the walls. After delving into the risqué cabarets of the 20th century in the permanent exhibition, you can take a stroll in the surrounding Renoir Gardens, which overlook Montmartre’s vineyards and inspired many of his works. You can also venture inside a reconstruction of Suzanne Valadon’s art studio.

Montmartre’s gastronomic scene is on the rise, and there are splendid restaurants offering both contemporary and traditional cuisine. A stone’s throw from the Place de Clichy, Le Bouclard is a cosy restaurant with 1920s décor, serving classic French cuisine. Opened by Michel Bonnemort almost 30 years ago, the crayfish tail gratin with Macon blanc-terrine of foie gras is a must-try. Le Coq & Fils is a chic bistro famed for chef Antoine Westermann’s legendary slow-poached roasted fowl, including chicken, guinea fowl and quail. Set in a tranquil spot, Michelin-starred L’Arcane, helmed by Laurent Magnin, is an exciting journey through French regional dishes with exotic twists and superb wine pairings. Savour the multi-course blind tasting menus and enjoy the colourful Jeff Koons-style sculptures. 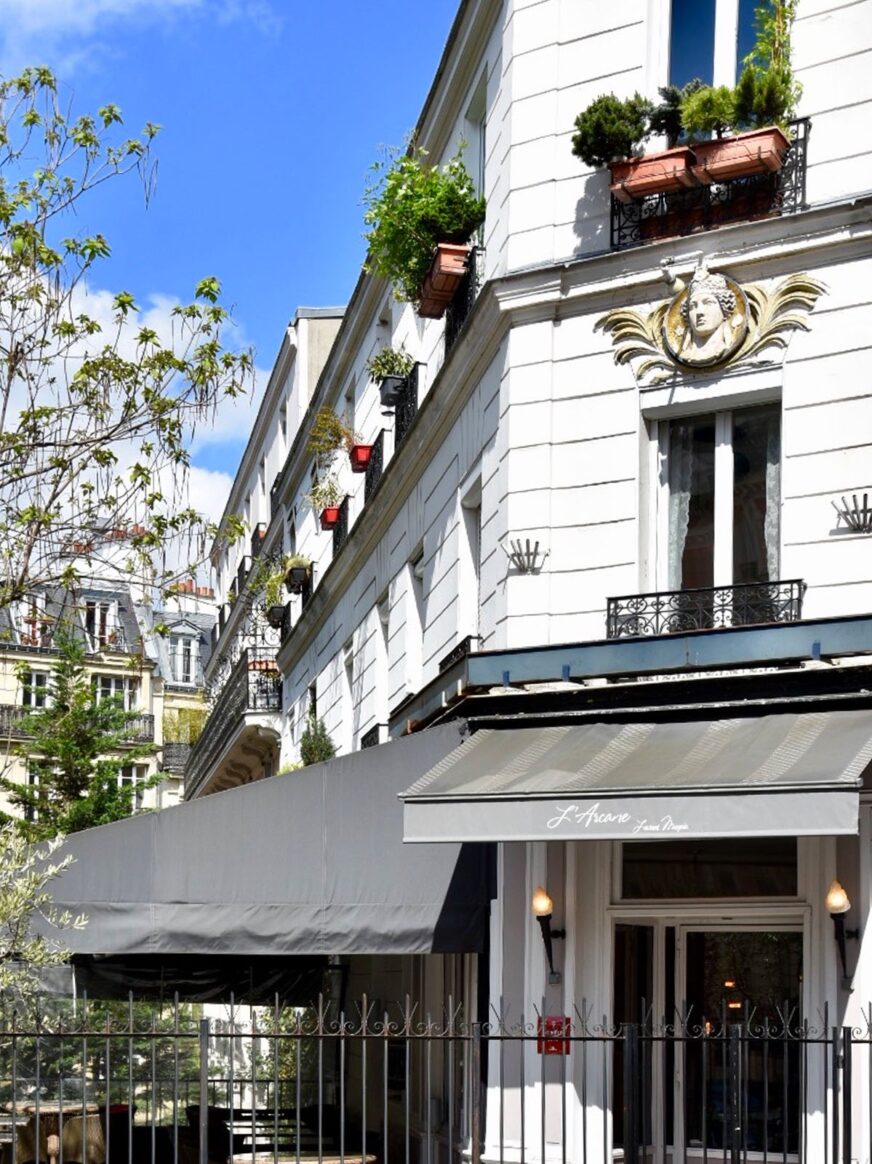 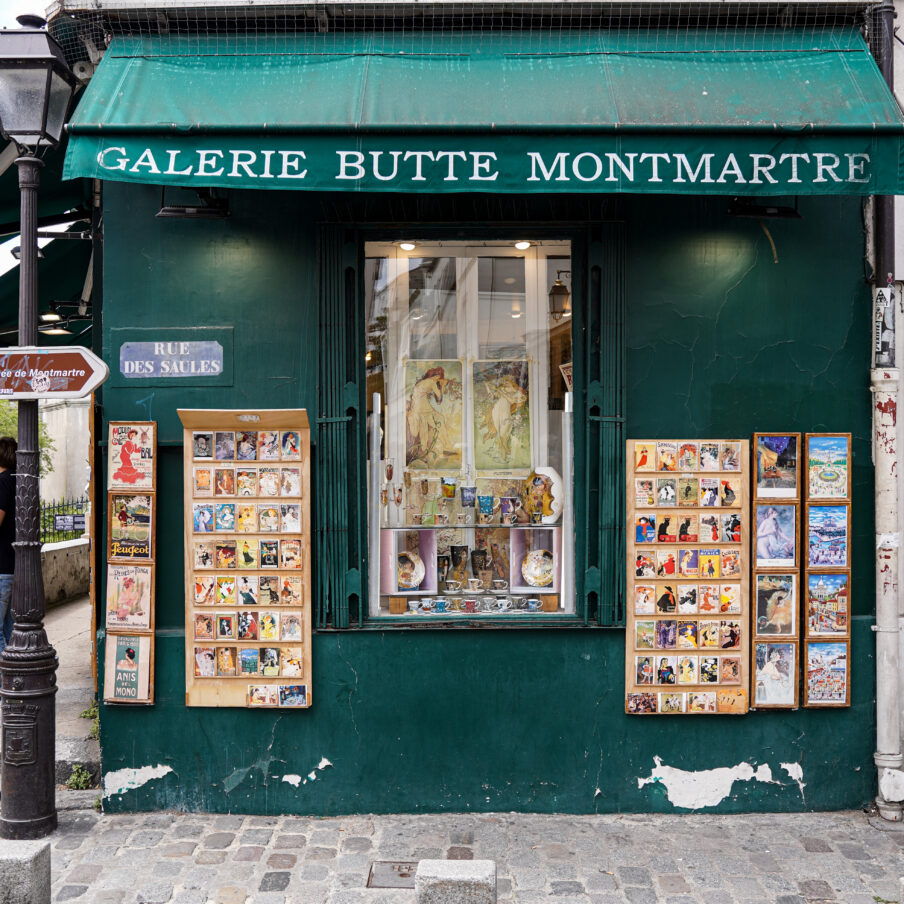 Montmartre is a great place for bohemian finds exploring the quirky and eclectic concept stores and vintage shops dotted through its lanes. At Spree, stylist Roberta Oprandi and artist Bruno Hadjadj offer both designer clothes (from labels like Acne and Marc by Marc Jacobs) and furniture from the 1950s to 1980s. For vintage clothes and other hand-picked items, there’s Flash Vintage or Chinemachine, where you might find 1980s puffed sleeves and 1960s prints. L’Atelier Floral, meanwhile, is filled with a rainbow of bouquets, and Brocante des Abbesses is where you’ll find locals rummaging among Art Deco accessories and old paintings.

There’s so much to discover on the doorsteps of our hotels. Explore Paris’s most enchanting neighbourhoods, including Montmartre and St-Germain-des-Prés, when you stay at Le Meurice or Hôtel Plaza Athénée.

The original palace hotel in the heart of historic Paris, Le Meurice with its splendid newly-restored rooms and suites is the very epitome of quiet elegance and is alive with the artist’s soul of wit and magic.