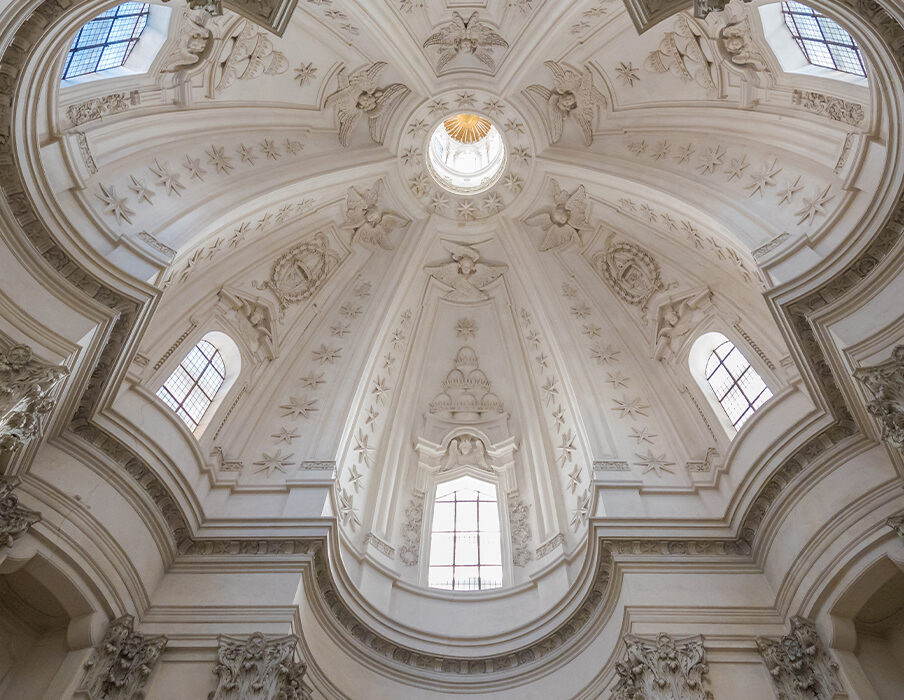 Share on Facebook Share on Twitter Share on LinkedIn Share via email
Baroque art first appeared in Rome in the 17th century, when the Papacy employed a new generation of artists to continue the legacy of the Renaissance — draping the city in an exuberant dress. The result became known as the Baroque.

Perhaps the most recognizable of Bernini’s many works are his embellishments of St. Peter’s, which the artist completed over the course of 50 years. Bernini started work on the cathedral’s central space. He first designed the baldacchino, a towering canopy of polished bronze to cover the high altar of the church, before hollowing out Michelangelo’s piers to open up the central nave. The artist then designed the Chapel of Sacrament, the reliquary for the Cathedra Petri. Here, he combined gilded rays, polished bronze sculpture and luminescent glass to create an installation of utter radiance. To make the entrance to St. Peter’s embracing, Bernini designed the piazza, reusing several old Roman columns to create a welcoming runway that ushered churchgoers towards the cathedral’s elegant facade. 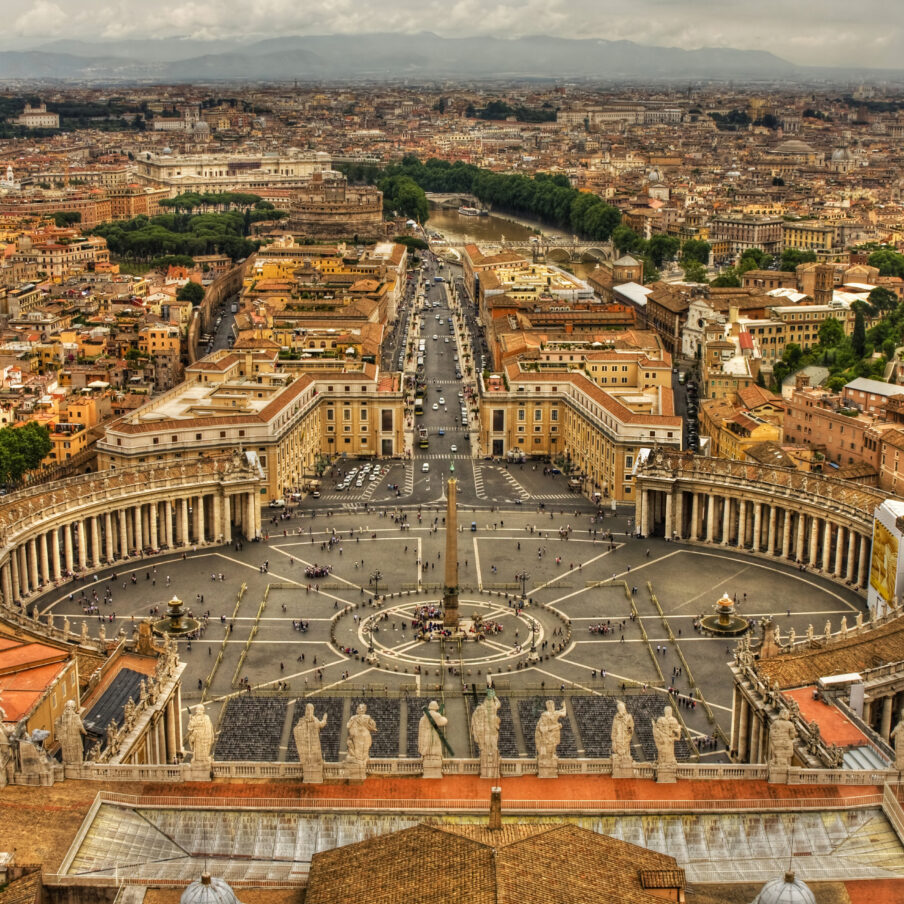 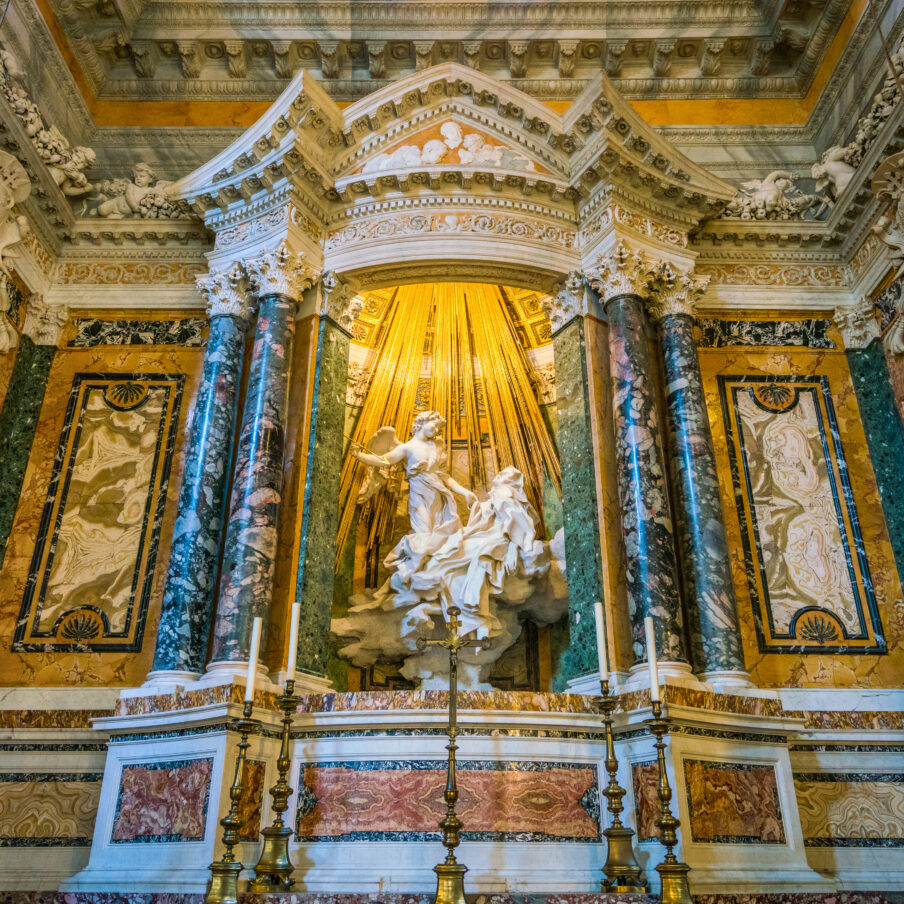 The Cornaro Chapel remains one of Bernini’s most beloved works, and a shining example of the Baroque style. Located in Santa Maria della Vittoria, the chapel was designed almost exclusively to celebrate Bernini’s singular Ecstasy of Saint Teresa that hangs behind the altar. The sculpture is masterful: depicting the touch of God the Saint felt one night and famously described, the humanity of her sensation is vividly depicted by Bernini. Her head is arched back, mouth slightly agape, and her hand hangs limp almost outside the scene. Bernini then connects the human emotion of the ecstatic saint to the embrace of the almighty. Her marble robes seamlessly connect to divine clouds, while the scene around her is bathed in golden light. To create this effect, Bernini concealed a window behind the broken pediment that coats the sculpture in natural sunlight. Grand, multicoloured columns complete the scene.

Rome’s lesser known but equally brilliant director of the Baroque was Francesco Borromini.
In no building is this more apparent than in the jewellery box church of Sant’Ivo alla Sapienza. Here, to capitalize on the oblong, restricted space, Borromini experimented with the circular shape of the Renaissance dome and the straight line of the classical façade. The welcoming façade has been curved to increase its profile, while the dome has been stretched, using a series of convex niches and concave ribs. Inside, the white walls – lit by the skylight atop the dome –and intricate creation of space combine for an ethereal atmosphere. 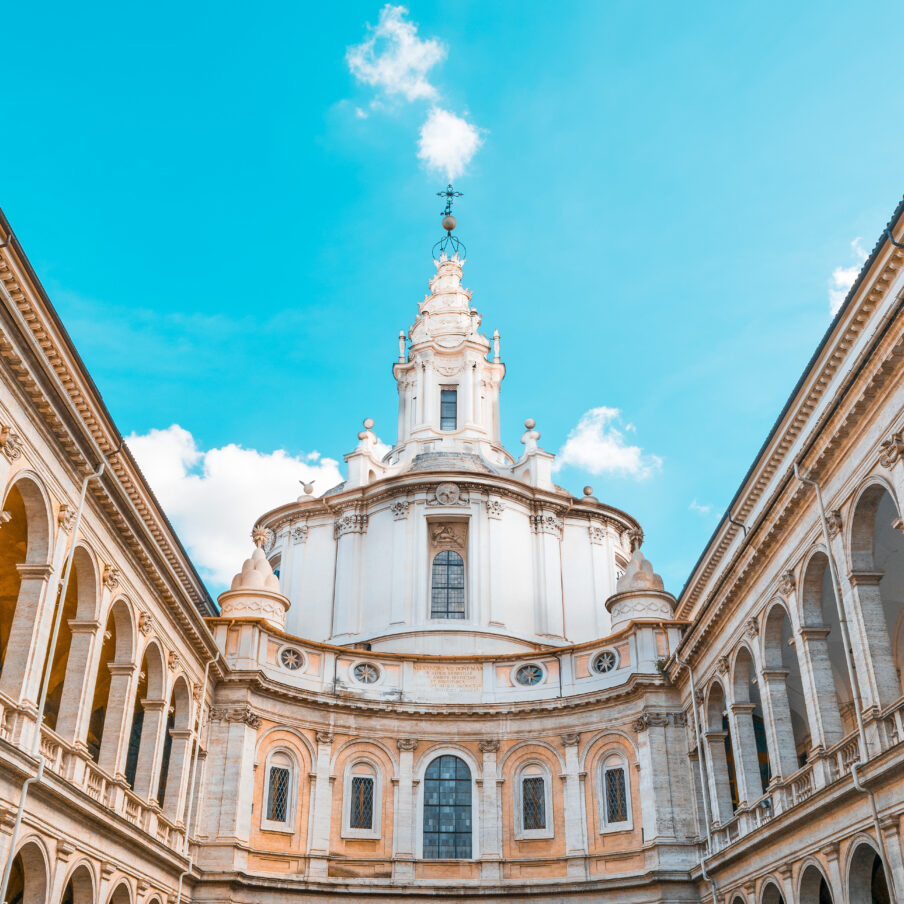 Just off the Piazza del Popolo is the Basilica of Santa Maria del Popolo. The Cerasi Chapel is famed in Rome not just for its ornate marbles, but also for the Caravaggios that were commissioned for its side walls, flanking the central panel painted by Annibale Carracci. Caravaggio’s paintings are deeply atmospheric, with every figure and detail he depicts emerging from an opaque black abyss. Here, where the paintings hang in their original context, we see that atmosphere on full display. In both paintings, Caravaggio used foreshortening to compensate for the fact that they would be viewed from the side. He then framed his compositions so that the lighted figures would naturally prompt the eyes towards the Assumption hanging above the altar.

Rome’s Piazza Navona is as picturesque a square as you could imagine. The site sits atop an old Roman chariot track, and is today a vibrant meeting place filled with the excited convivia of restaurant and bar-goers. In its centre lies Bernini’s “Fiumi” fountain. Having uncovered the obelisk of Roman Emperor Domitian, buried in the Circus of Maxentius, Pope Innocent X commissioned Bernini to create a sculpture that would support it once re-erected. Bernini opted for a classical theme, anthropomorphizing the great rivers of the world. Each carved river god sits upon a bed of travertine stone, and the twisted bodies of the gods in conjunction with the angled stone landscape guides the eyes towards the obelisk. Of additional note are the playful carved sea-creatures hidden amongst the travertine rocks. 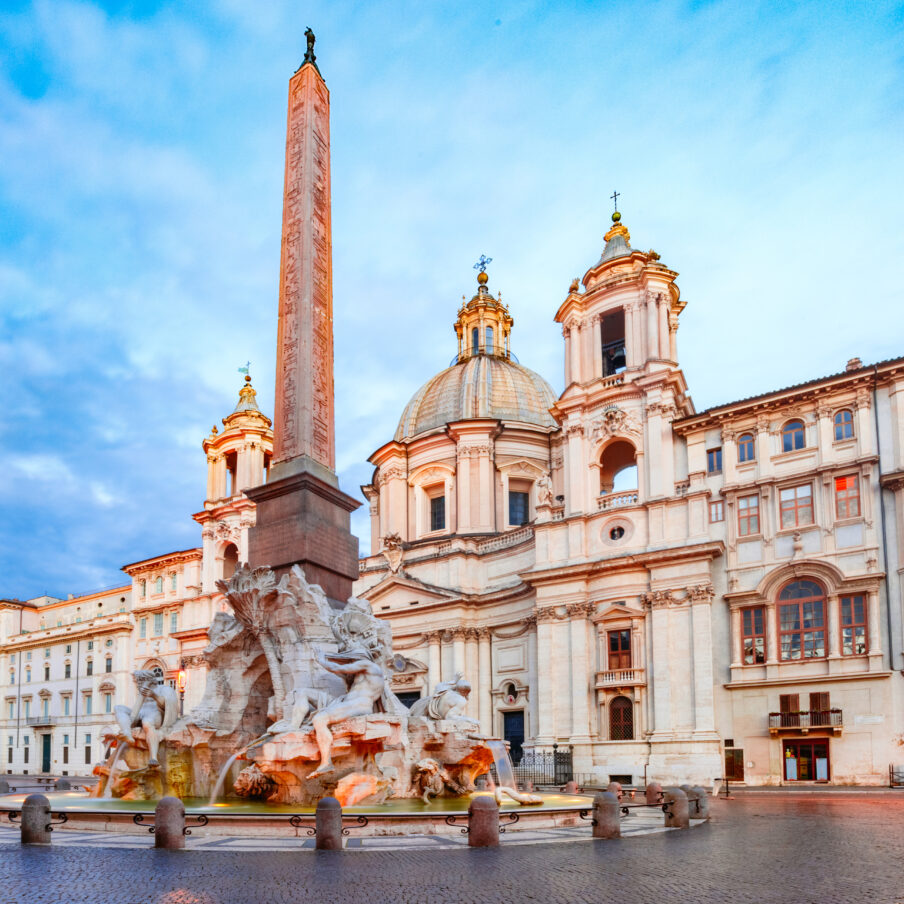 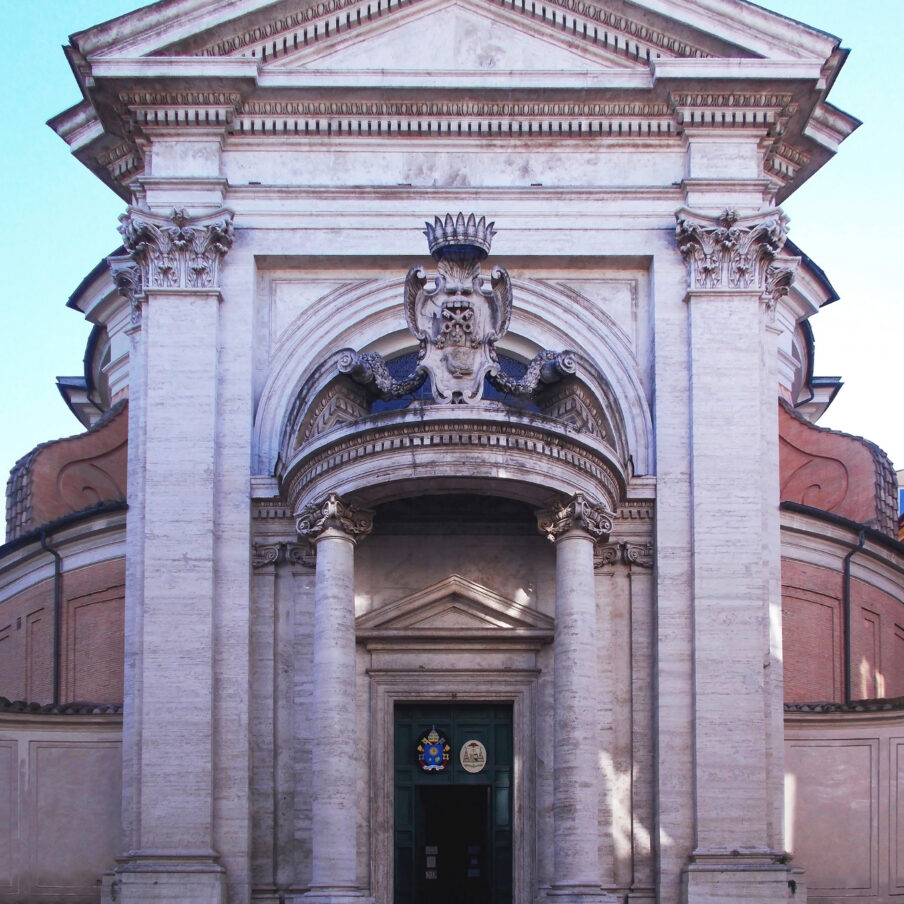 A short walk from the Cornaro Chapel lies Sant’Andrea al Quirinale. The “Pearl of the Baroque” was designed by Bernini late in his career for the Jesuits, and shows the confidence the veteran architect had in his style. The church is set over an oval design, and through clever disguise of its load-bearing piers, feels uncannily light and airy. The church is often cited for its symmetrical, pentagonal design, which was chosen to accommodate the Jesuits’ five altars. Beautiful rose marble veneering maximises the light of the space, and communicates with the golden, window-framed dome. At the dome’s peak lies an oculus, which bathes the surrounding gilding in natural light. It is said that of all his works, this was Bernini’s favourite, and that he frequently came here in his old age to observe mass.

The Hotel Eden is located at the foot of the Borghese Gardens, equidistant between the Cornaro and Cerasi chapels, and a short walk from many of Bernini’s Baroque masterpieces.