March marks International Women’s Month, so we’re celebrating by showcasing some of the remarkable women at Dorchester Collection. 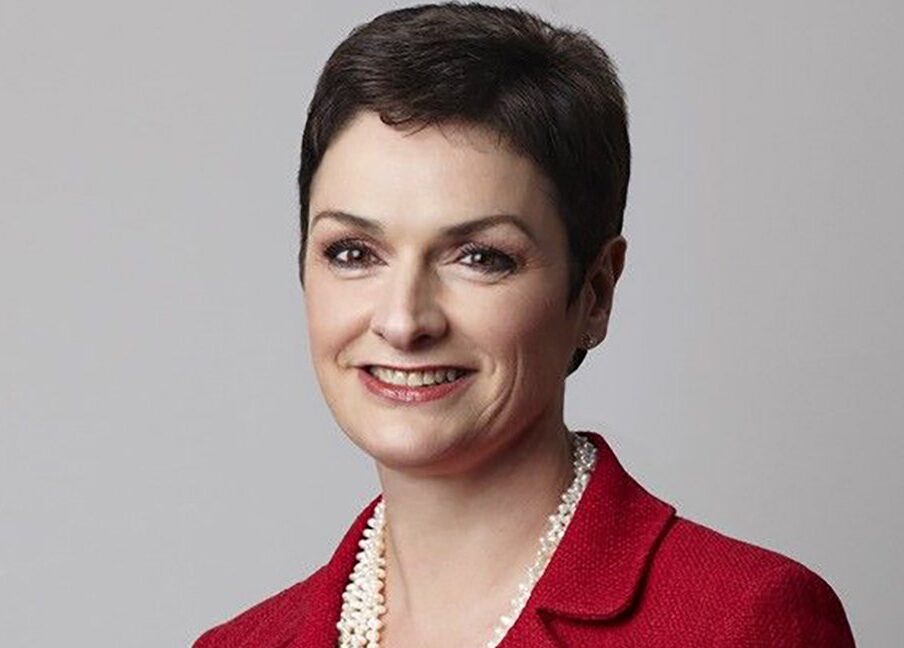 German by birth, French at heart, Franka Holtmann is a leading visionary in the luxury hotel industry, and general manager of Le Meurice. When she arrived at Le Meurice, the oldest palace hotel in Paris, Franka developed an ambitious action plan for this legendary address including creating the annual Meurice Prize for contemporary art and enlisting world-famous designer Philippe Starck to restore the hotel’s flair. In 2008, Franka was named ‘Best Hotelier of the Year’ at the Virtuoso Awards; in 2010 she was awarded the ‘Légion of Honor’, France’s highest order; and in 2015 she was named ‘Best General Manager in France’ at the World Luxury Travel Awards. 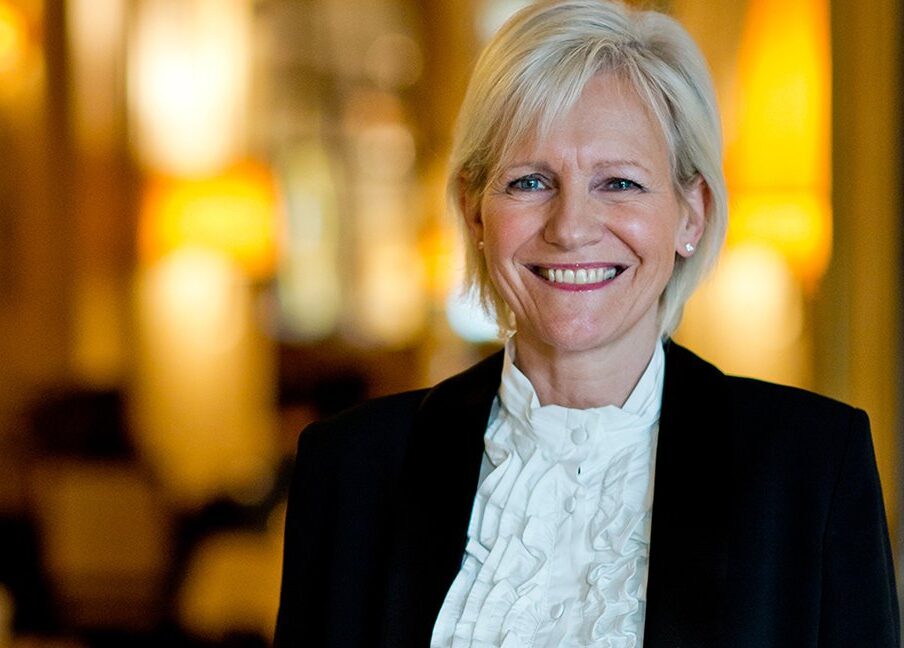 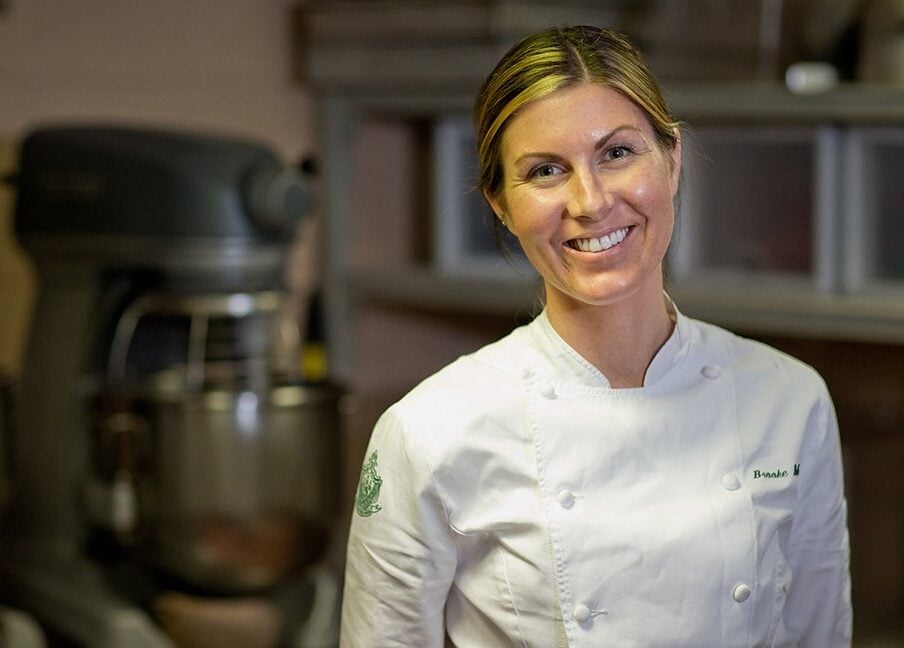 As executive pastry chef at the ‘Pink Palace’ since 2017, Brooke Martin brings innovative and delicious edible works of art to the table. Brooke oversees pastry and dessert offerings throughout the legendary property, including for signature restaurant the Polo Lounge, alongside the Fountain Coffee Room and The Cabana Cafe. Le Cordon Bleu educated, Brooke brought more than a decade of experience to The Beverly Hills Hotel’s pastry kitchen. She really knows how to treat an LA crowd and international guests alike, creating playful desserts that pay homage to the long-running glamour of Hollywood.

A proud member of 45 Park Lane since the hotel began welcoming guests to Mayfair in 2011, executive pastry chef Niamh Larkin leads a team responsible for freshly-made goodness and sweet finishes for breakfast, lunch and dinner at CUT at 45 Park Lane. Last July, she collaborated with executive chef David McIntyre to create CUTcakes & Tea, an American twist on traditional English afternoon tea featuring her own spin on David’s favourite treats from across the pond. 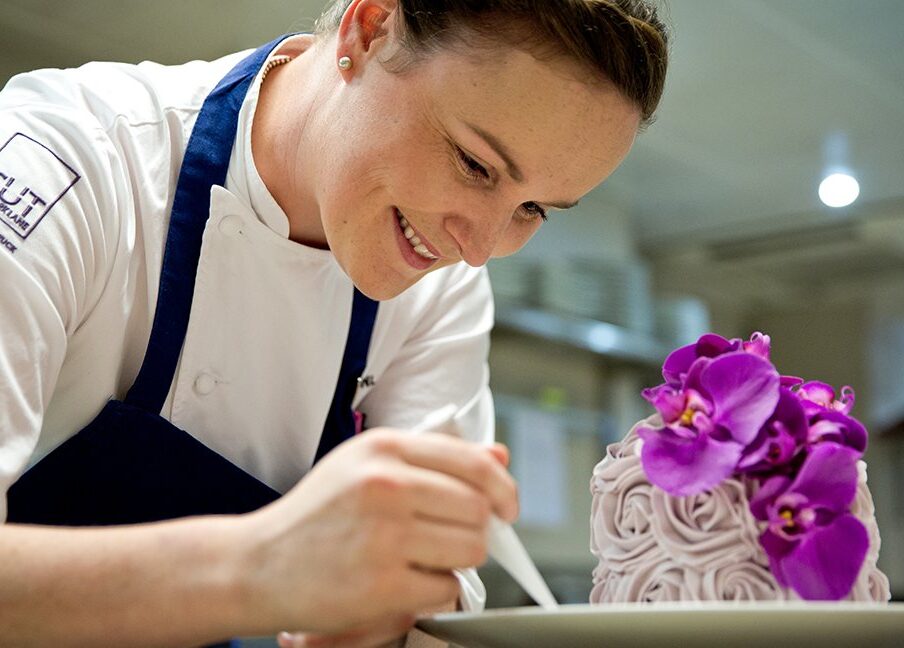 As head pastry chef at Alain Ducasse au Plaza Athénée, Jessica Prealpato is a talented chef, integral to the three Michelin-starred dining experience. After studying psychology she realised her true love was designing and baking cakes. Jessica went on to study hospitality before taking a specialist restaurant pastry chef course. She worked at various restaurants and travelled extensively, learning about new products and tastes along the way. Since joining Alain Ducasse in November 2015, Jessica has dazzled diners with her desserts.

As general manager of Hotel Bel-Air, Denise Flanders brings a keen eye for luxury to Los Angeles. After studying social science and psychology, she headed into hospitality, rising to management roles at The Pierre and The Helmsley Palace in New York and then joining Four Seasons in various cities including Chicago, where she led the city property through a remarkable transformation. Since joining Dorchester Collection in 2012, Denise has excelled at bringing Hotel Bel-Air to a new era of excellence. She’s passionate about curating magical moments for guests, which has been recognised throughout the industry including Condé Nast Traveler’s ‘Gold List’ and Travel + Leisure’s ‘World’s Best Awards’. 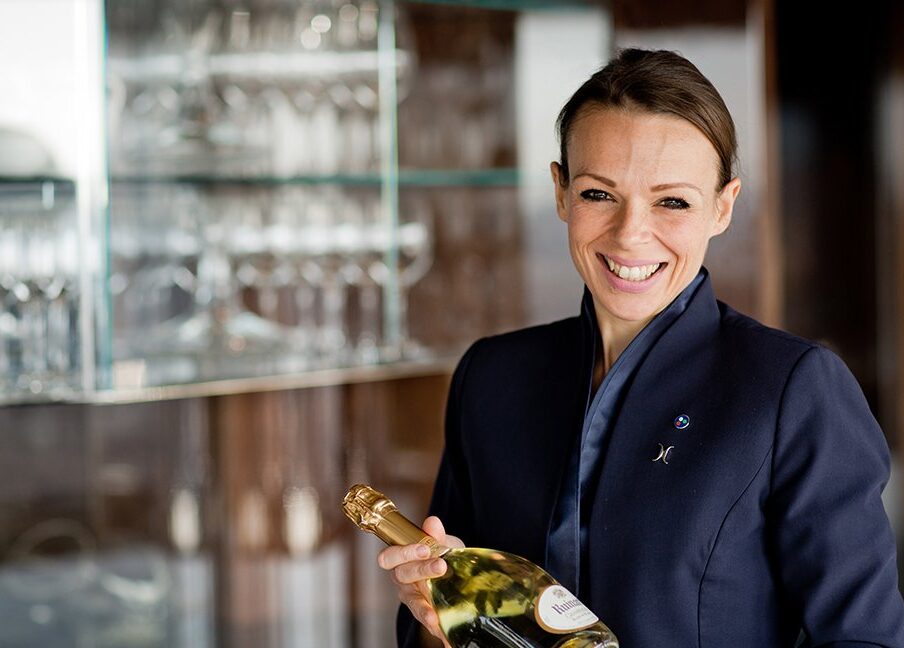 Stefania Ruggeri is maître sommelier and ‘professional wine lover’ at La Terrazza, the fine dining restaurant on the rooftop of Hotel Eden in the heart of the Eternal City. Stefania brings professionalism, passion and impressive knowledge to her role, overseeing the hotel’s wine collection and guiding guests to the perfect bottle to enhance their meal. In 2017 she earned a Masters from the Italian Sommelier Association.

Lucia Montanielli really knows how to shake and stir things up at The Bar at The Dorchester. A key player in bar manager Giuliano Morandin’s award-winning team of experimental alchemists, Lucia has received several industry accolades, not least winning first place in the ‘Tio Pepe Challenge González Byass’ competition for her signature sherry cocktail, as well as her take on a classic Sherry Cobbler. In 2015, she became the first-ever female winner of the UK Bartender’s Guild ‘National Cocktail Challenge’, and represented the UK at the International Bartender’s Association ‘World Cocktail Championship’. 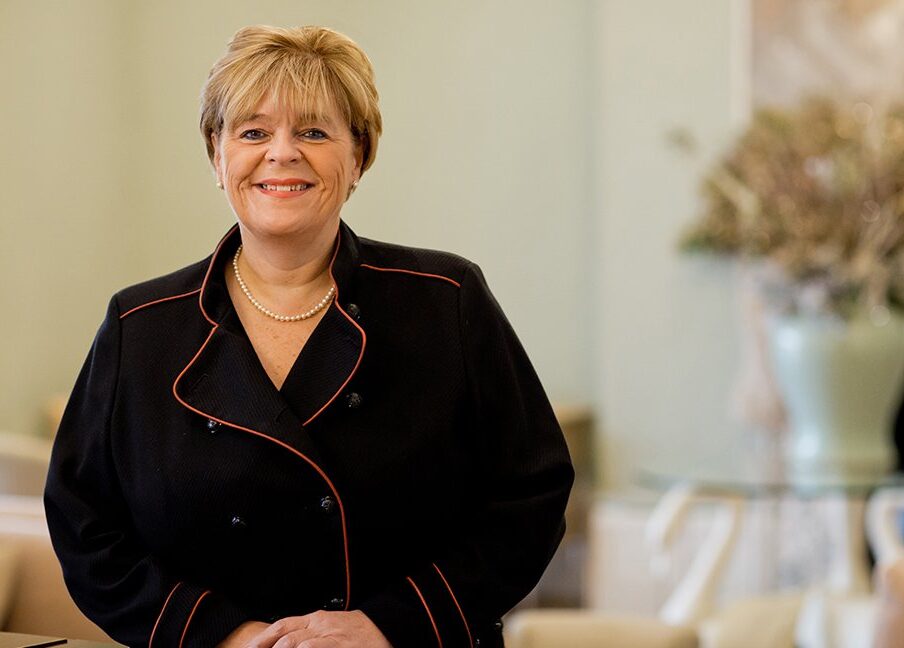 General manager of Coworth Park, Zoe Jenkins’ many achievements show her passion for hospitality. After various management positions in banqueting at luxury hotels in London, she joined The Dorchester in 1994 and worked her way up to food and beverage director. She was honoured with a prestigious Catey Award as ‘Manager of the Year’ in 1999, and was heavily involved with the 2007 introduction of Alain Ducasse at The Dorchester, the only UK hotel restaurant to hold three Michelin stars. In 2010, Zoe become general manager and opened Coworth Park in Ascot, our first-ever country house hotel. In 2012, she was one of 30 industry role models recognised at ‘The Shine Awards’ and ‘Women 1st Top 100 Club’.

Mara Vicelli’s work is her passion at Milan’s luxury landmark, Hotel Principe di Savoia. Originally from Northern Italy, Mara joined the hotel in 2006 as assistant sommelier and worked her way up to maître sommelier at Acanto Restaurant. Mara manages the hotel’s wine cellar and supervises the wine lists for all its food and beverage departments. Her unwavering drive and dedication led her to receive the esteemed international ‘Ordre des Coteaux de Champagne’ award in 2015. A master of her craft, Maria is a lifelong learner who, in her spare time, participates in weekly tastings in Milan and other Italian cities, and visits at least six different wineries per year. 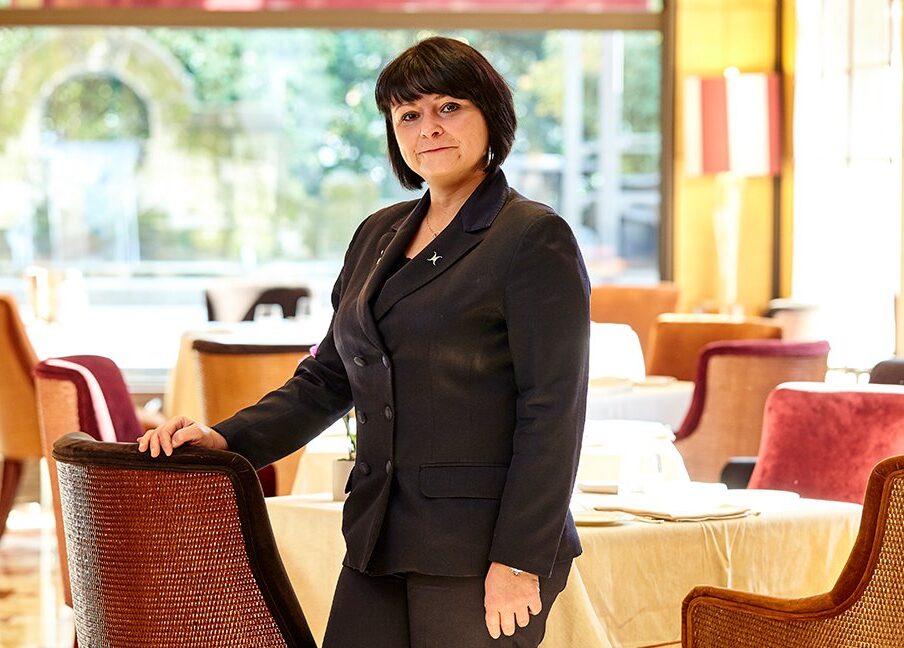 It was in secondary school that Estelle Niveau decided she wanted to work in the hospitality sector. She excelled in languages and wanted a career where she could meet interesting people. She graduated from CMH Paris, a luxury hospitality management school and, after several internships at five-star hotels, landed a role as receptionist at Le Meurice. In January 2019, 22-year-old Estelle won the coveted title of ‘International Receptionist of the Year’, which opened up a world of exciting new opportunities and added both self-confidence and credibility to her career.

A Canadian-British Dancer Takes Ballet Beyond the Form 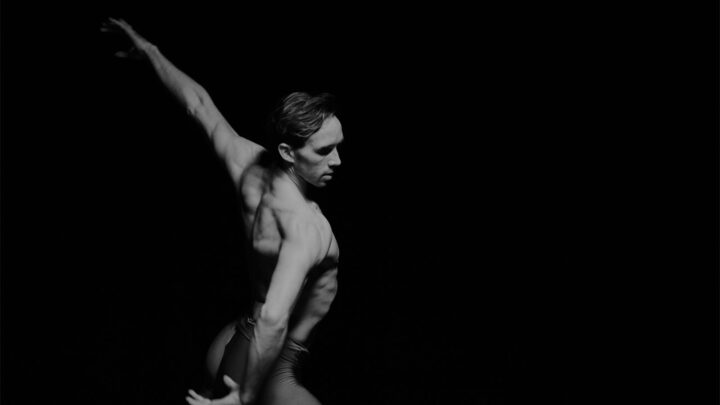 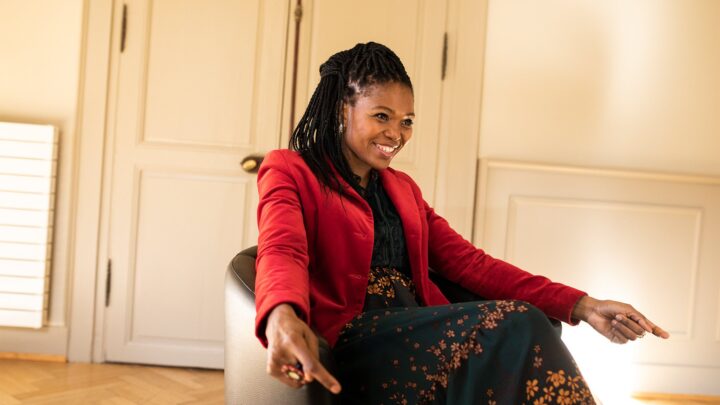 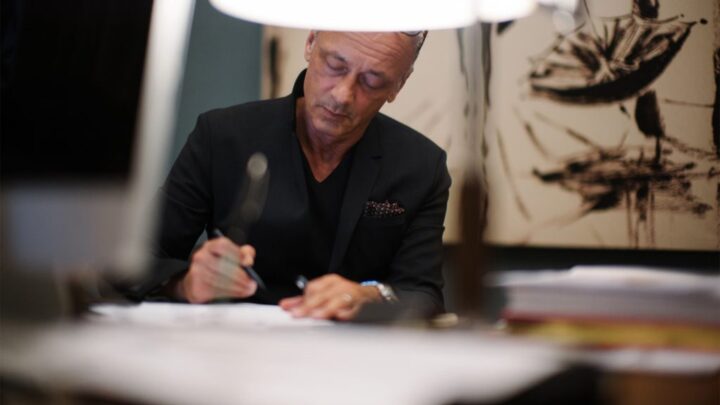 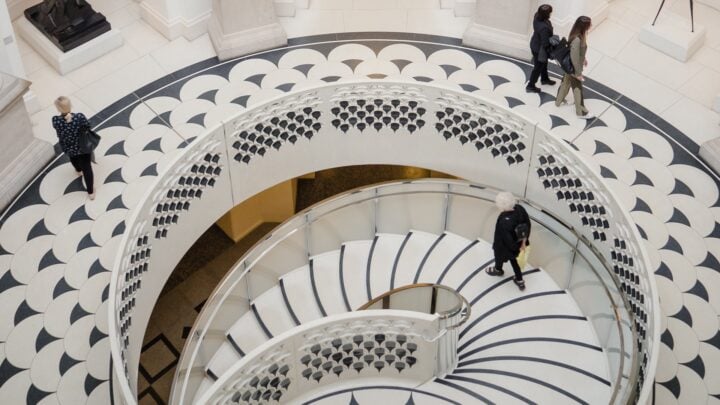 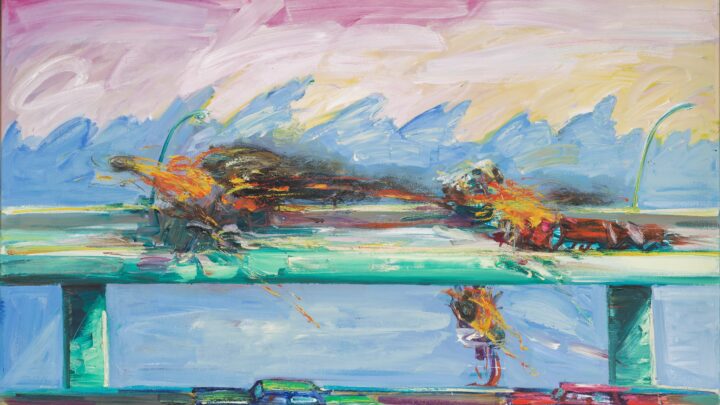 13 of the best art events and exhibitions 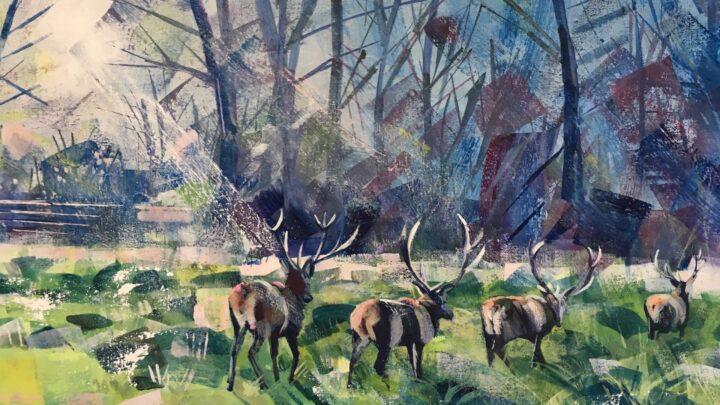