Things to do with Teenagers in Paris near Le Meurice

Paris may be the favoured getaway for couples after a romantic break, but this is a city with plenty to offer travellers of all stripes. For younger visitors who are seeking an alternative adventure, the city’s unique medley of art, culture and food should prove enticing. From on-trend restaurants to football matches, the sights and activities on this two-day itinerary are fun and teenager-friendly.

Start the day in the Canal St-Martin district, 25 minutes from the hotel by taxi.

A hotspot for strolling, shopping and people watching, Canal Saint-Martin in the 10th arrondissement ranks among the city’s favourite public spaces. Well off the tourist trail, the canal area draws the city’s young and hip set with impromptu outdoor concerts, chic waterside cafés and trendy boutiques and restaurants, all within easy wandering distance.

Continue the morning at Jardin des Plantes, 15 minutes from Canal Saint-Martin by taxi. 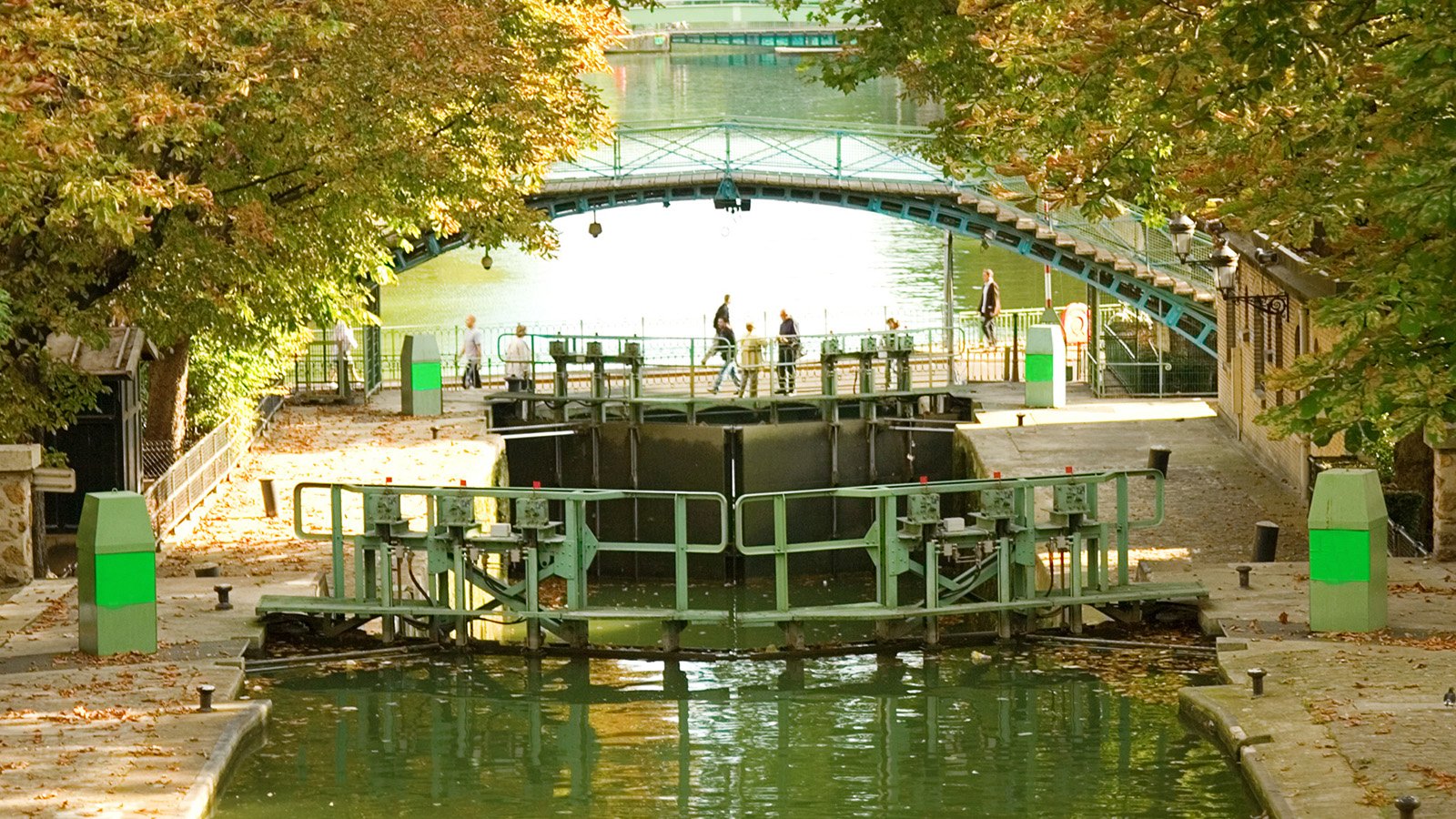 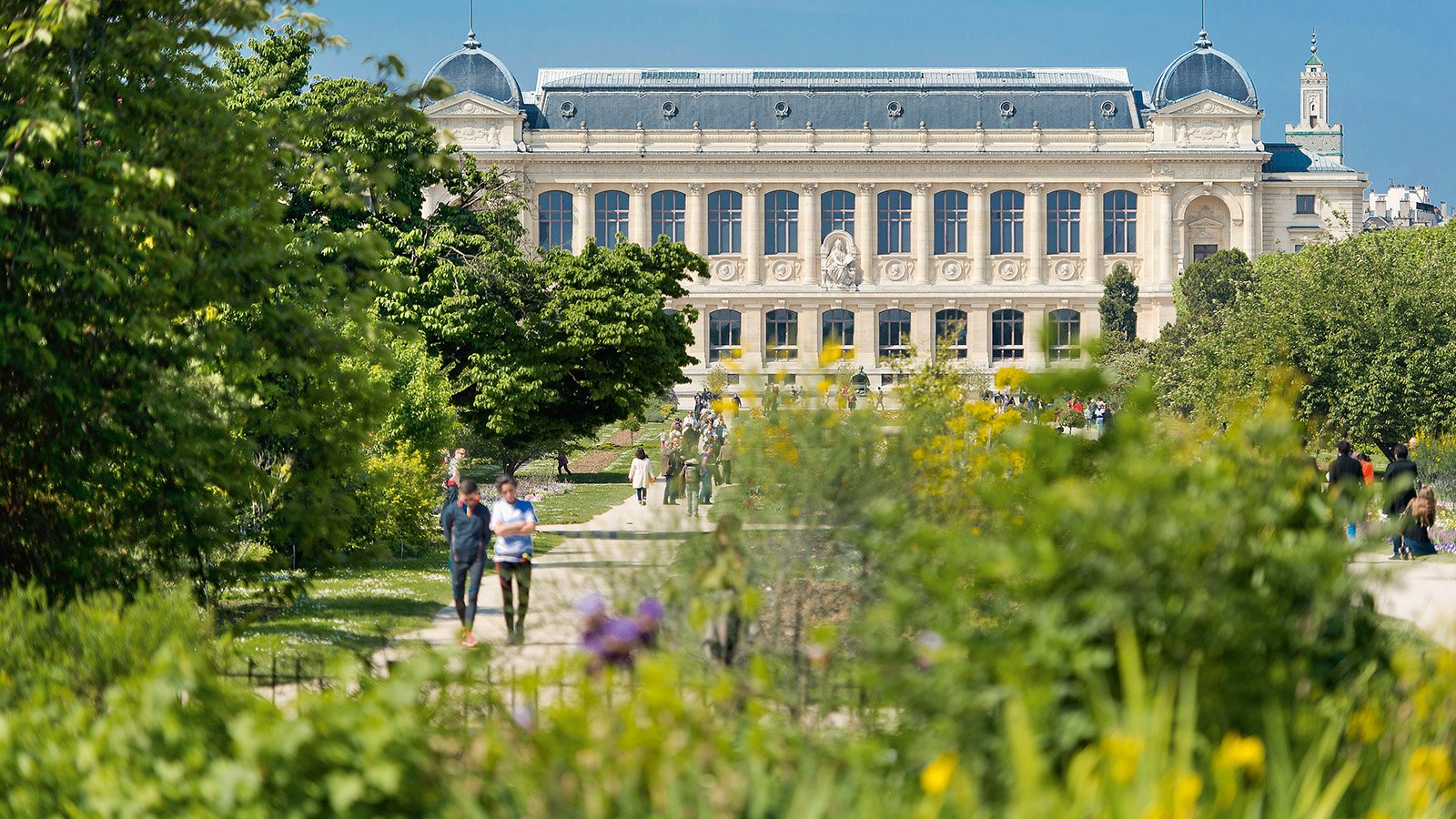 A verdant haven hidden from the buzz of the fifth arrondissement, Jardin des Plantes is a beautifully maintained botanical garden that stretches across 28 hectares. Home to an impressive collection of plant and natural life, as well as an enormous rose garden, zoo, and exotic greenhouses, it makes for an idyllic setting for morning relaxation.

From the Jardin des Plantes, Grévin Paris is 20 minutes away by taxi.

After a busy morning exploring, take to the water for a river cruise. Led by knowledgeable guides, you’ll learn about the history of the City of Lights from your privileged position. You could even partake in a picnic as you voyage down the Seine, enjoying a few classic French treats.

Back on dry land, take a taxi to the Parc des Princes. 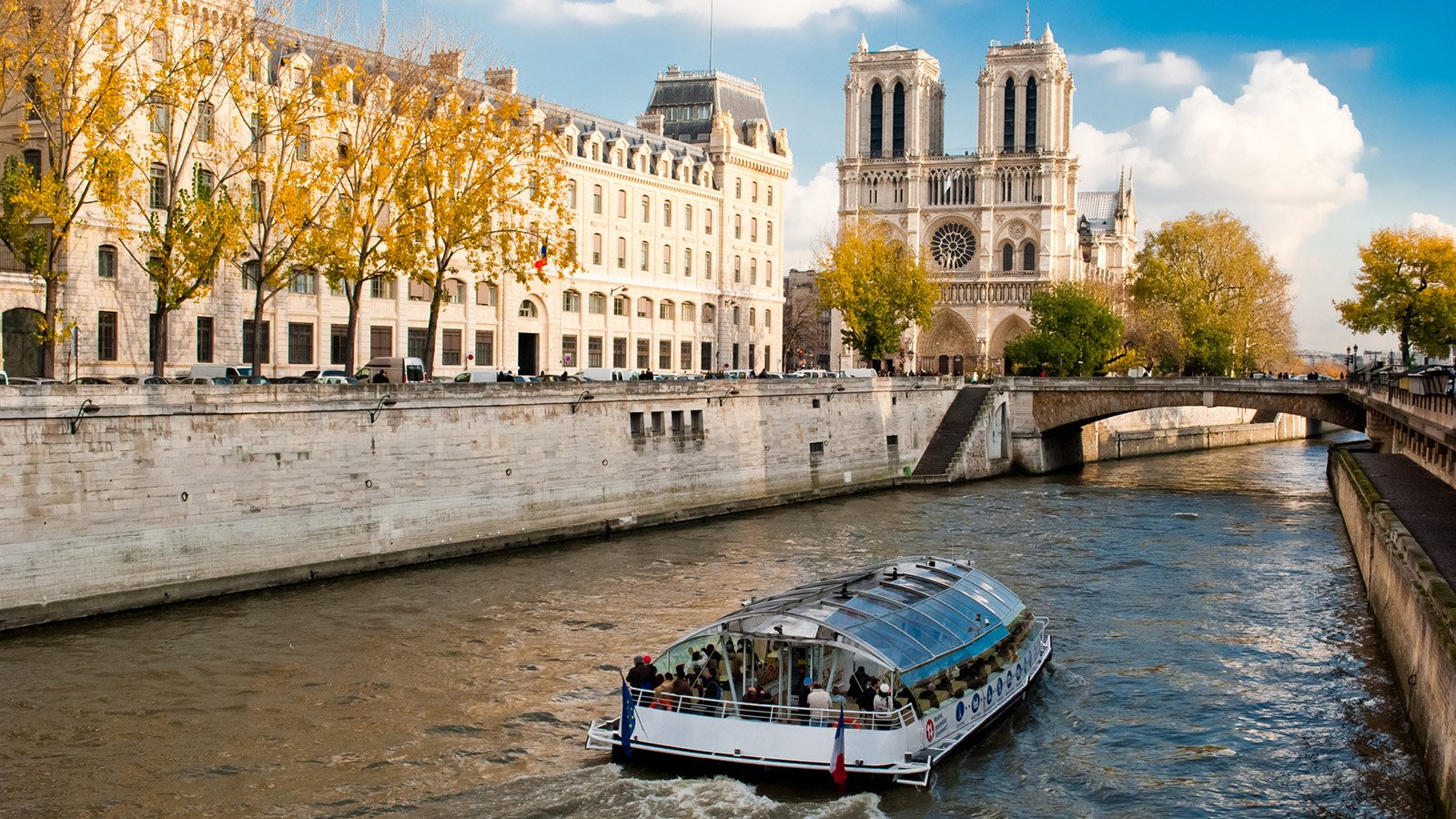 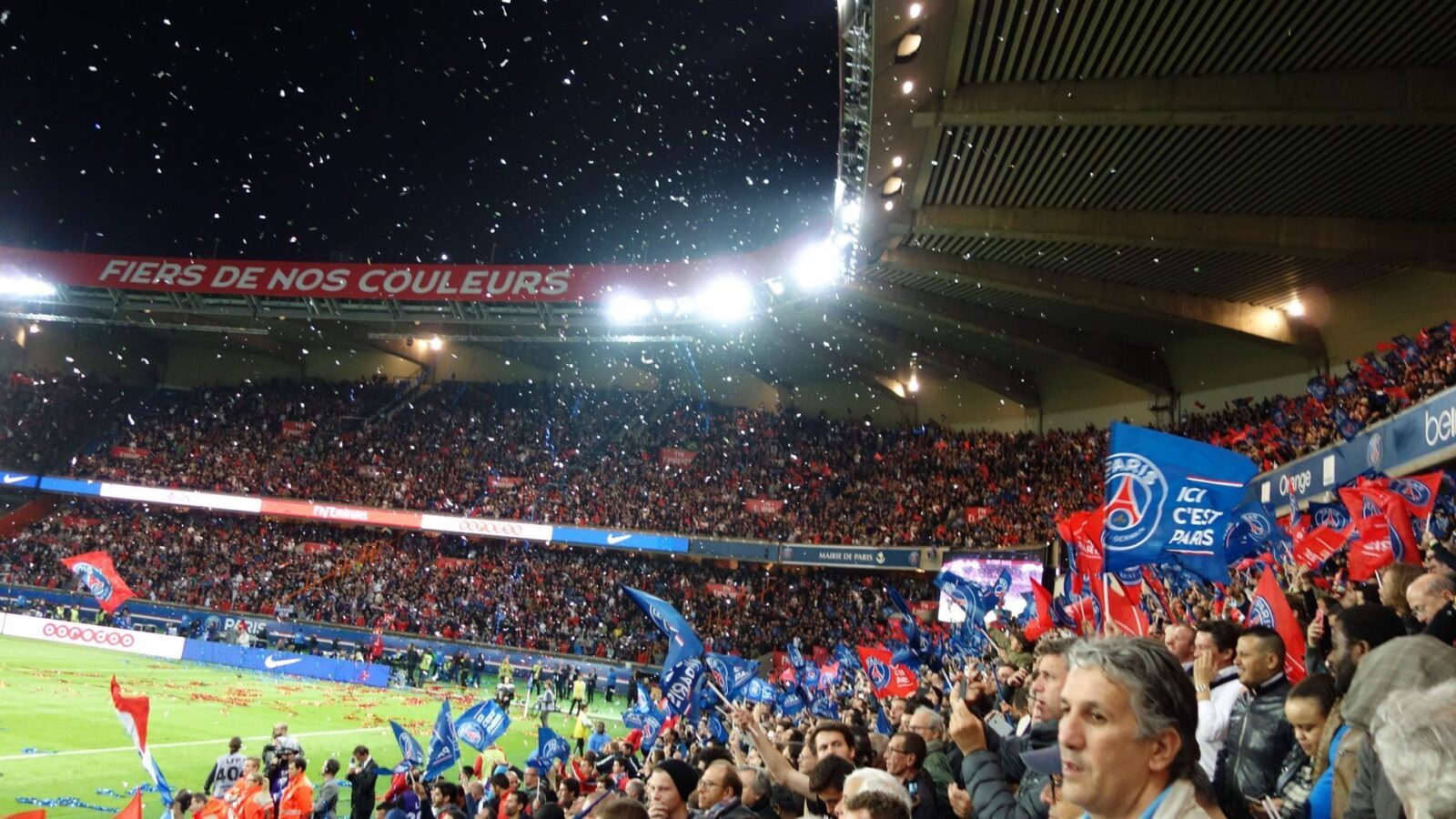 For young football fans, the chance to witness French giants Paris Saint-Germain F.C. play at their home stadium, Parc des Princes, is a thrilling opportunity. Visitors can join passionate local fans and experience the electric match day atmosphere, before finishing off with a drink at one of the area’s many surrounding cafés.

Then, take a 15-minute taxi ride to Atelier Vivanda for dinner.

The sumptuous Italian dishes on offer – from pizzas and pastas to creamy, rich tiramisu and scoops of gelato – are matched by the glamorous surrounds of Daroco, the brainchild of talented restaurant duo, Julien Ross and Alexandre Giesbert. Exposed brick and wrought iron abound in the stylish space, while blue velvet and green marble accents add to the chic ambience.

From the restaurant, the hotel is five minutes away by taxi or 15 minutes on foot. 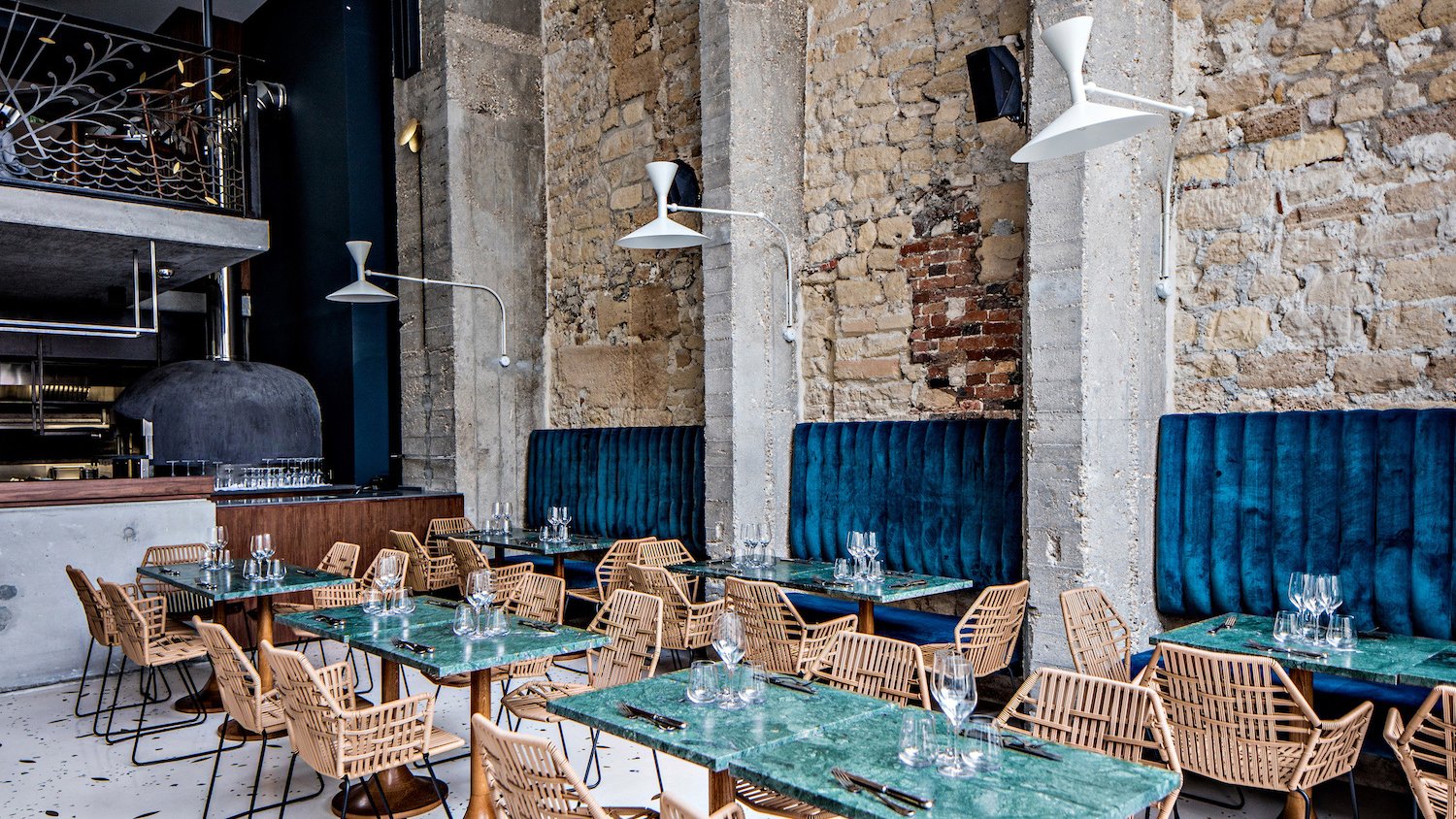 Start the day with a bike tour of Paris with Fat Tire Tours. The tour departs from the exit of the Dupleix Métro station (line 6), 10 minutes from the hotel by taxi. 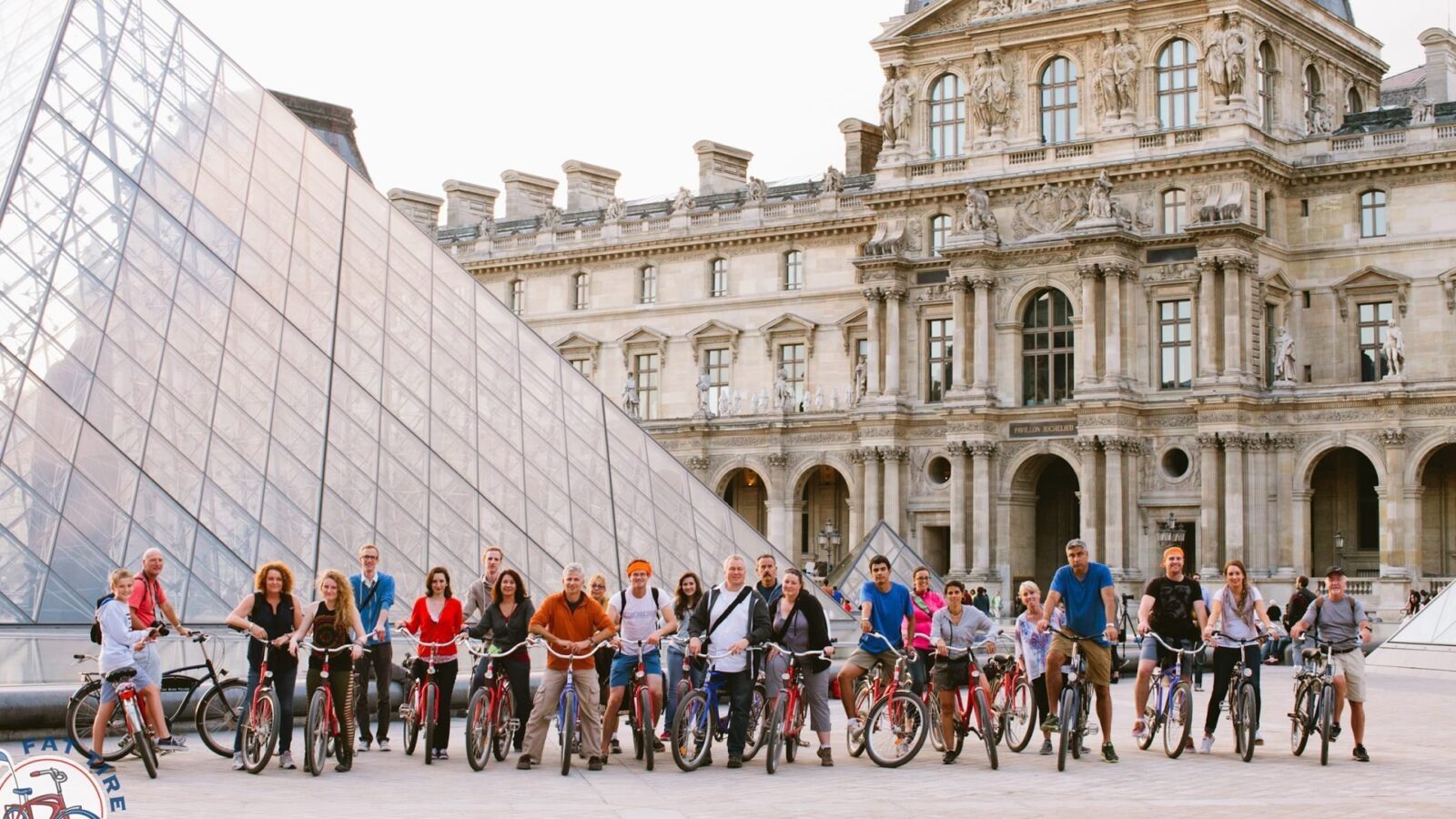 Active visitors to the City of Light can do their exploring on two wheels, thanks to the guided cycle trips offered by Fat Tire Tours. The morning excursion starts at 10.30am and takes in some of the city’s tops sights in a unique way, like the Eiffel Tower and Napoléon’s Tomb. A coffee break at a lovely Tuileries Garden café is also included in the three-hour itinerary.

Not all of the city’s art is confined to museums and galleries. A tour of the Paris street art and graffiti scene presents a grittier, thoroughly contemporary perspective on its cultural cred. Led by passionate guides with encyclopaedic knowledge of local street art sites, visitors are invited to explore some of the less-visited corners of Paris. Walks take place every Saturday and Sunday at 11am.

Back at the tour’s starting point, it’s a 15-minute taxi ride or 30-minute walk to the Musée du Chocolat. 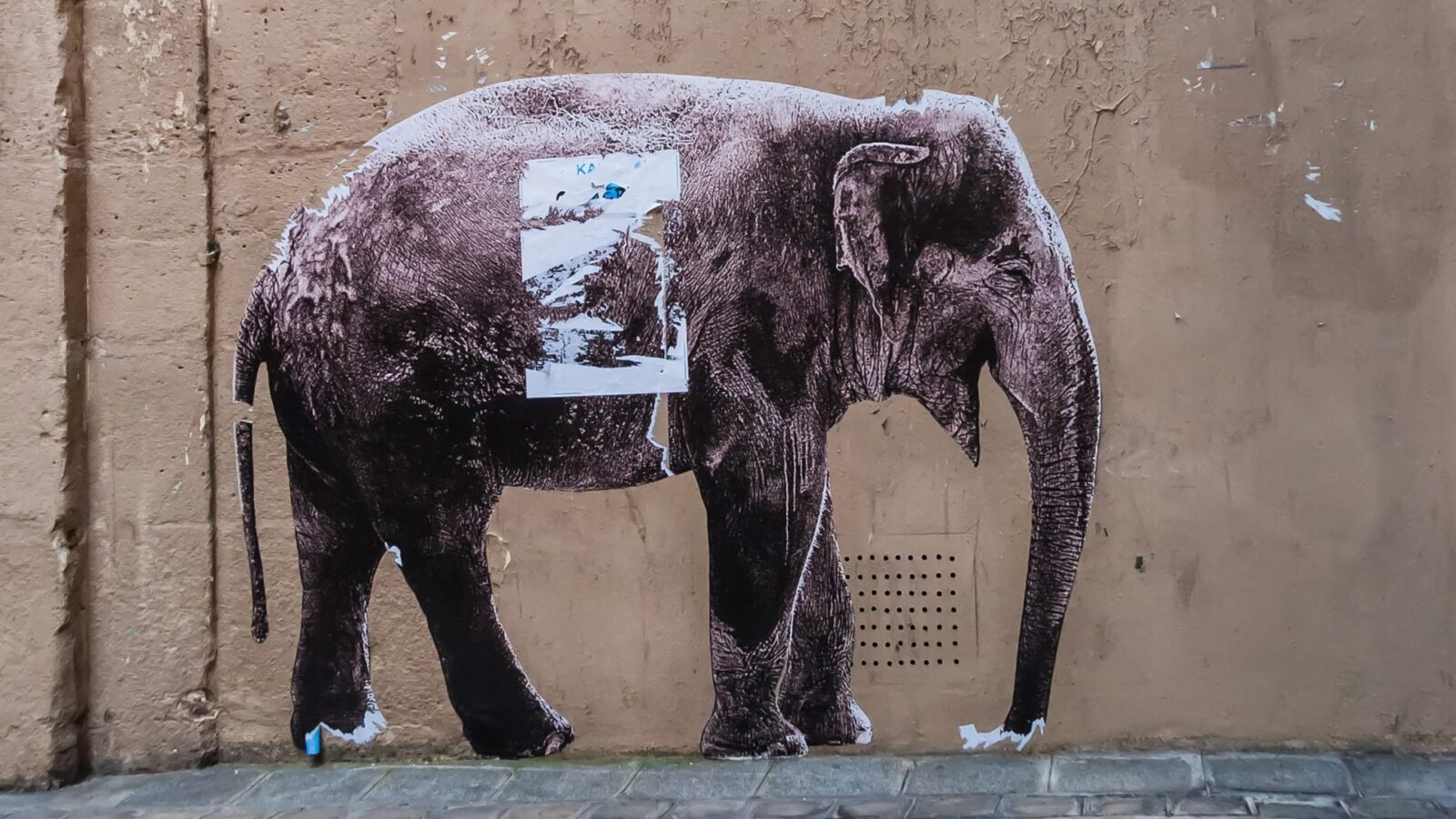 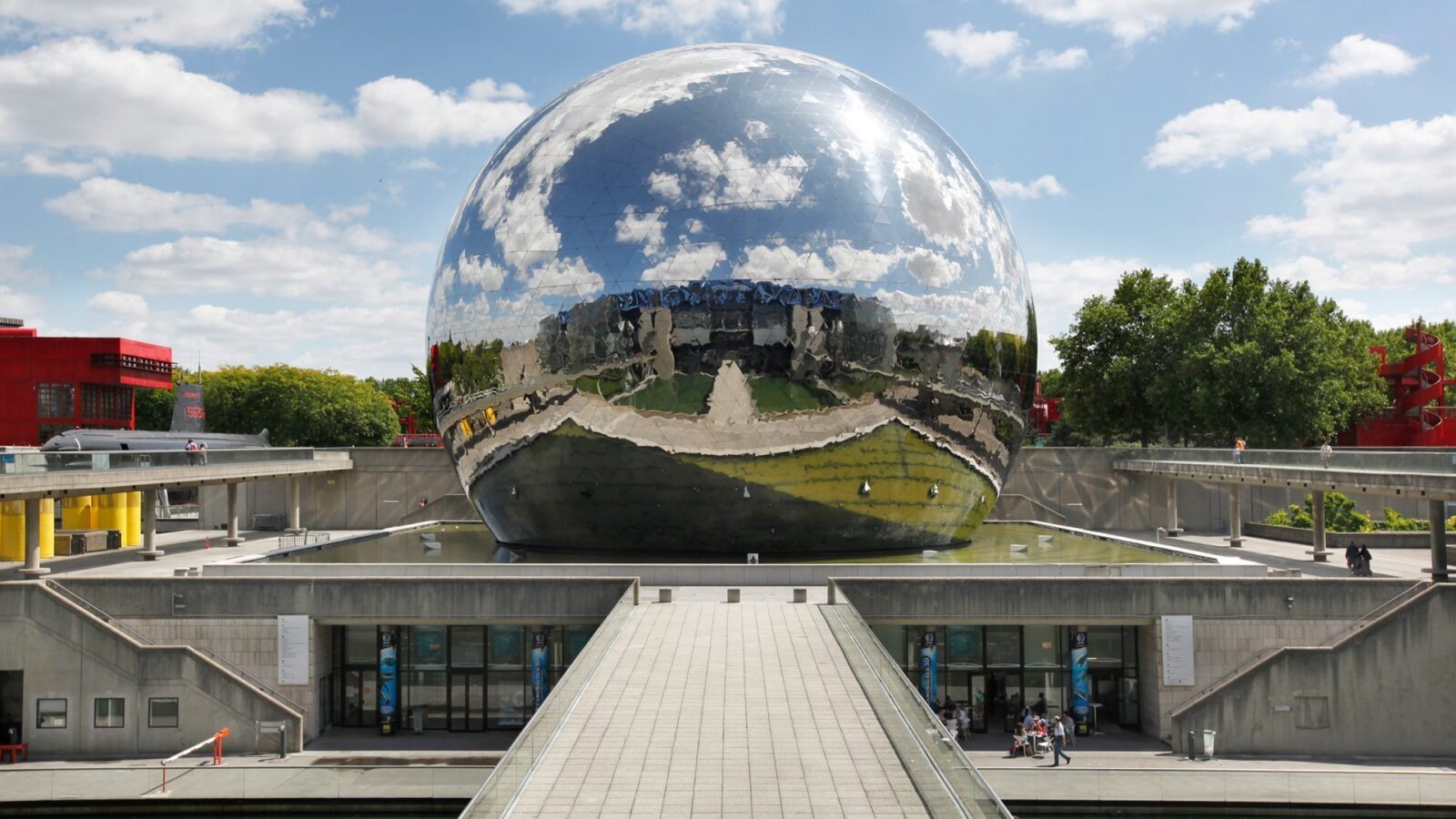 One of the largest parks in Paris, Parc de la Villette is home to 55 hectares of cultural venues, green spaces and striking architecture. As well as several performance stages, the park is home to the vast Cité des Sciences et de l’Industrie, which has its own Planetarium. An open-air cinema is erected here during the summer months, while concert venues host music festivals and attract top international artists.

From the park, take a 20-minute drive to the Eiffel Tower for your tour, organised by the concierge at Le Meurice..

While active visitors may choose to take some of the stairs, the lift is a perfectly fine way to ascend to the top of this French icon. The views either way are well worth the effort, affording vistas out across the entire city. Your guide will give you a unique glimpse of the structure’s history and a few fun facts along the way.

Head back into central Paris, where your guide will pick you up for your tour. 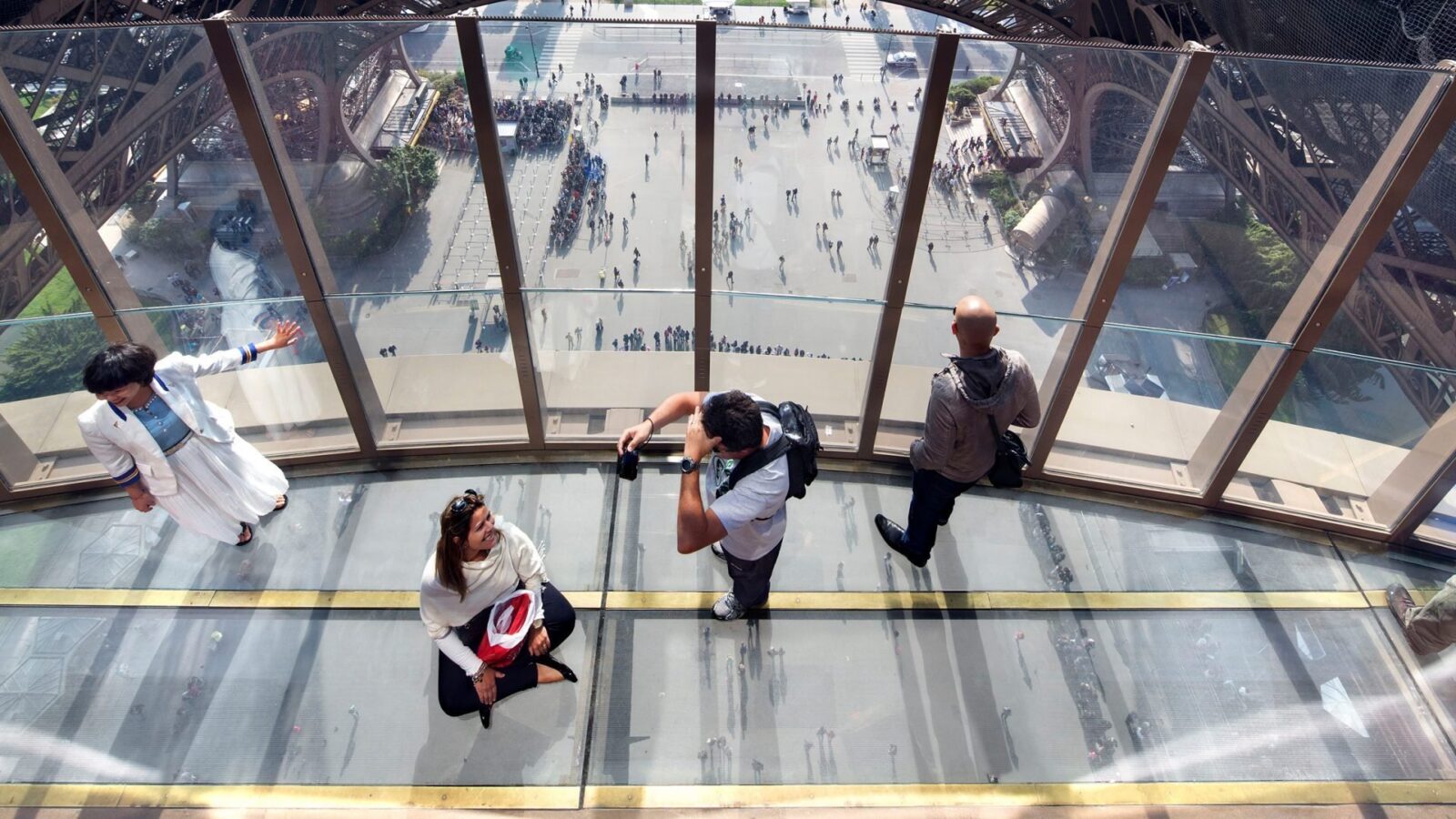 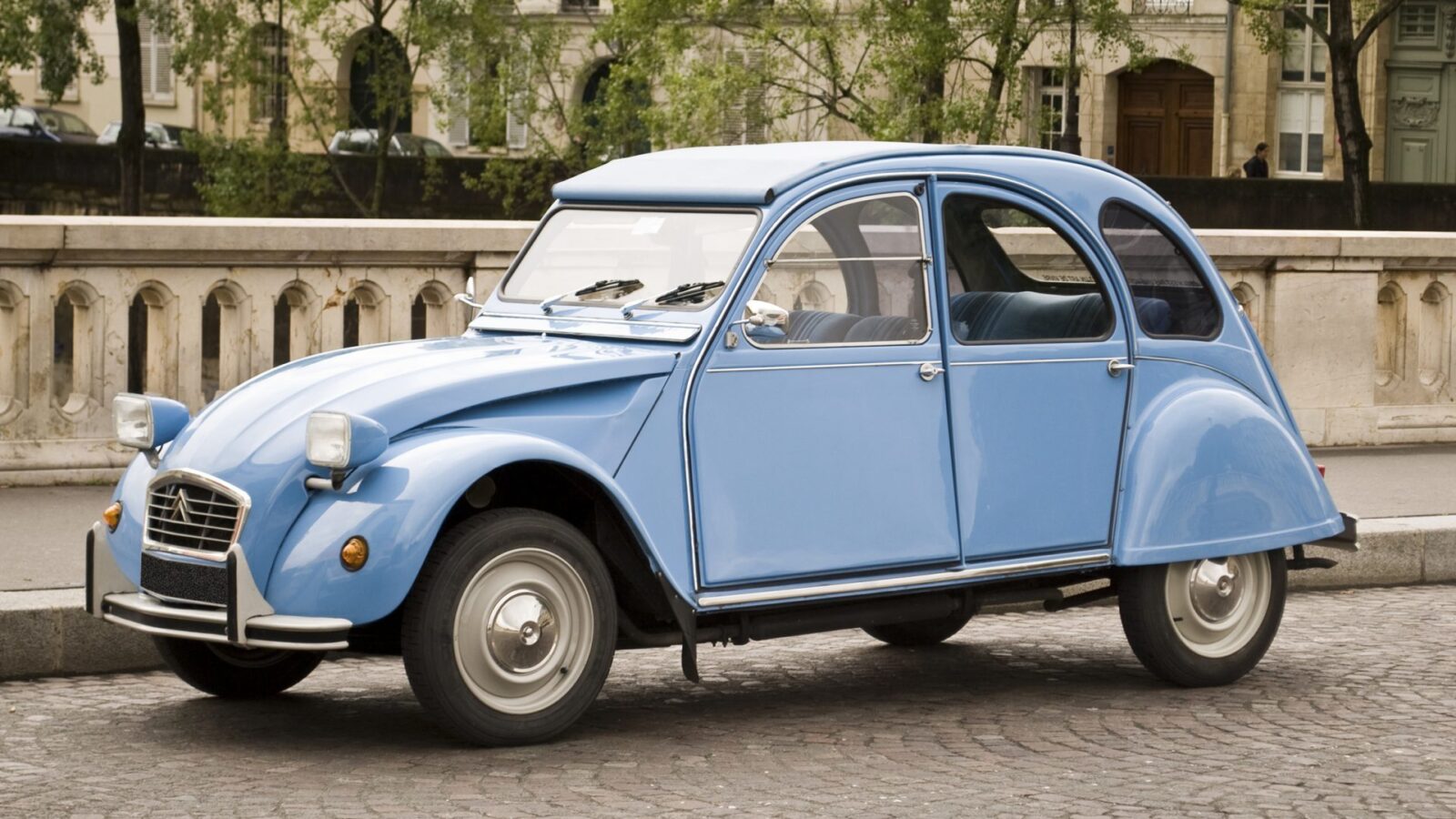 A Gallic design icon, the classic Citroën 2CV has epitomised that insouciant, stylish Parisian attitude since its creation over 70 years ago. These nippy little cars are also ideal for upbeat, drive-by tours of the city’s most famous landmarks. For those with short attention spans, tours can be as brief as half an hour, but whichever tour you choose, the chauffeurs ensure that the retro ride is both comfortable and informative.

After your Citroën 2CV tour, head back to the hotel or continue exploring the city on foot.

All journey times are approximate and subject to variation.

Heading out to explore? Download our itineraries for all the ideas you need to make the most of your visit to the capital.