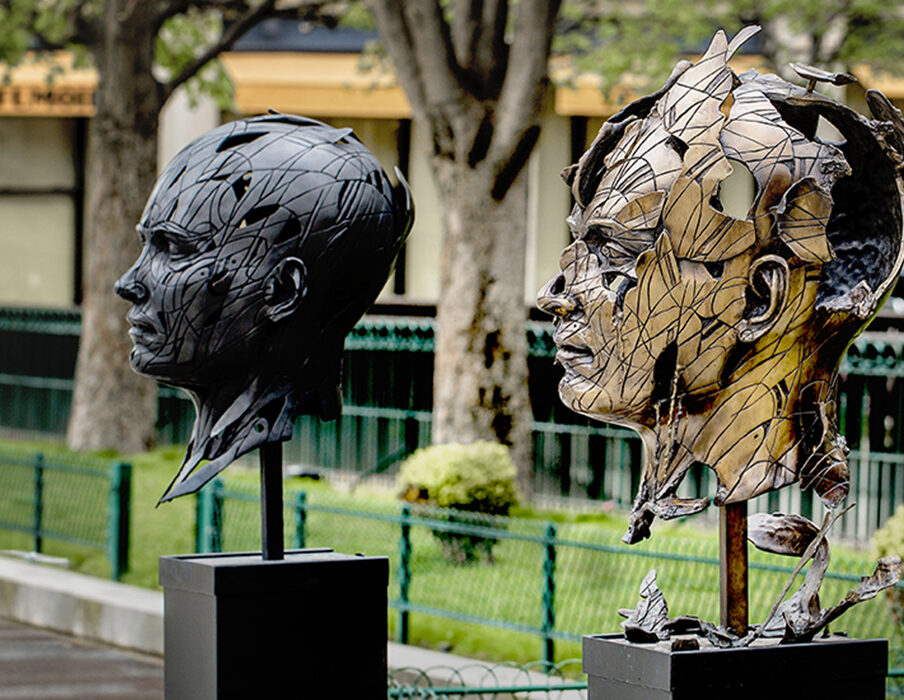 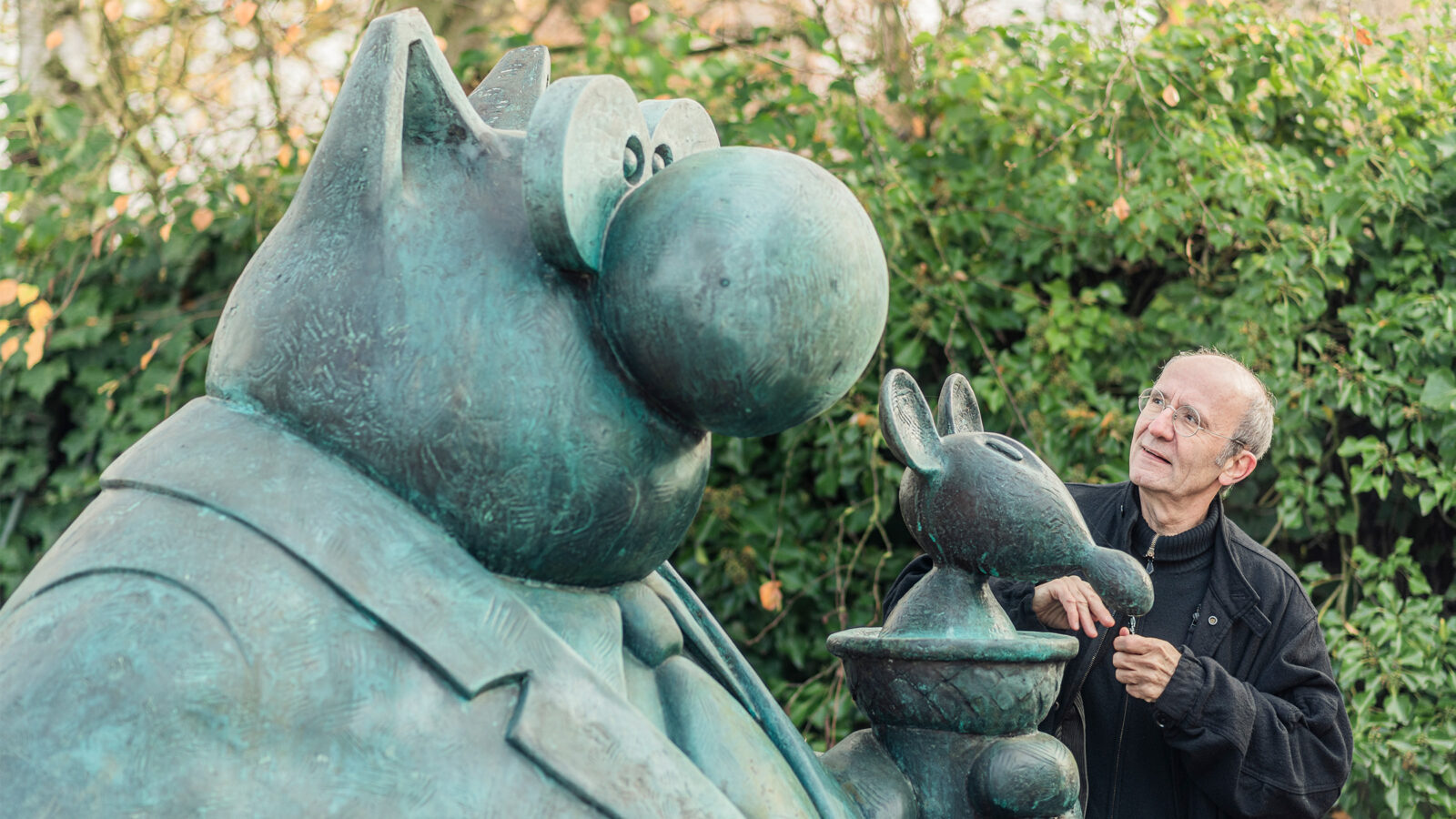 Belgian newspaper cartoonist and comic artist Philippe Geluck’s is best-known for this entertaining ‘Le Chat’ comic strip. Now his famous cat has been made into 20 huge bronze sculptures, which are currently lined along the Avenue des Champs-Elysées in an unmissable and playful display. This outdoor exhibition adds to the delight of the famous avenue and the artist hopes the sculptures will bring both joy and laughter to Paris.

Facing the colonnade of the Louvre is sculptor Alexandre Hopare Monteiro’s latest exhibition, entitled A Breath of Life. He started out as a Parisian street artist specialising in graffiti and since then his work has taken him to Montreal, Hong Kong, Lisbon and Casablanca. His new project reveals a series of five unstructured metal faces, which give a wonderfully unprecedented sense of fragility to bronze. 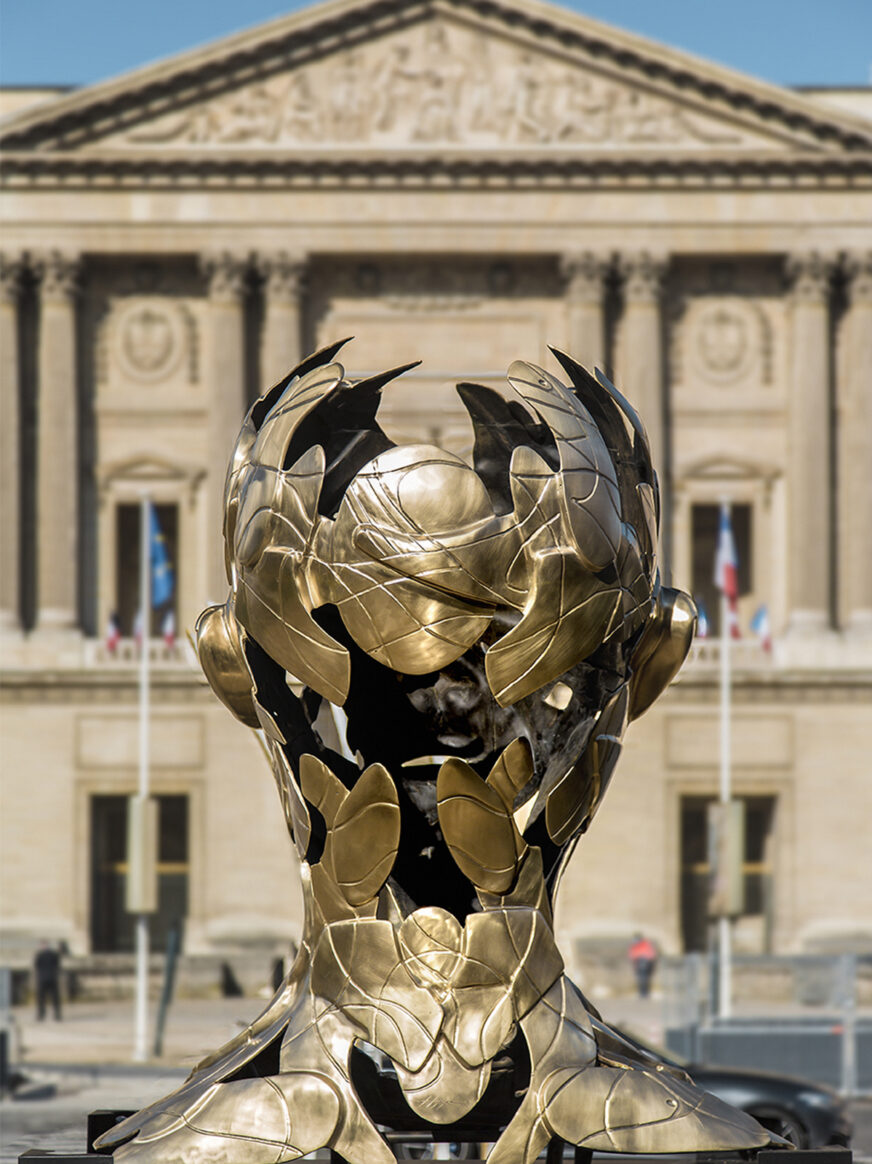 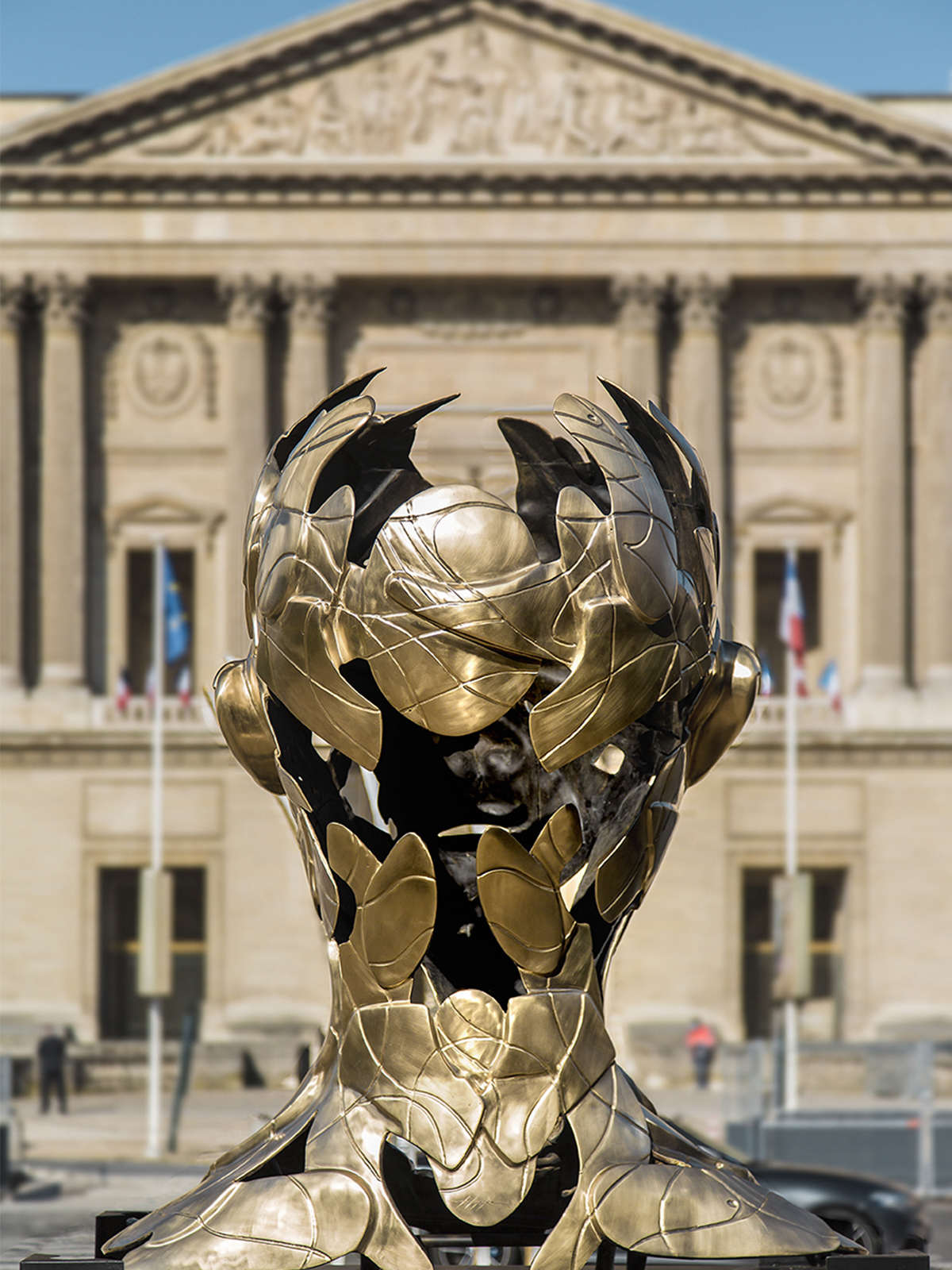 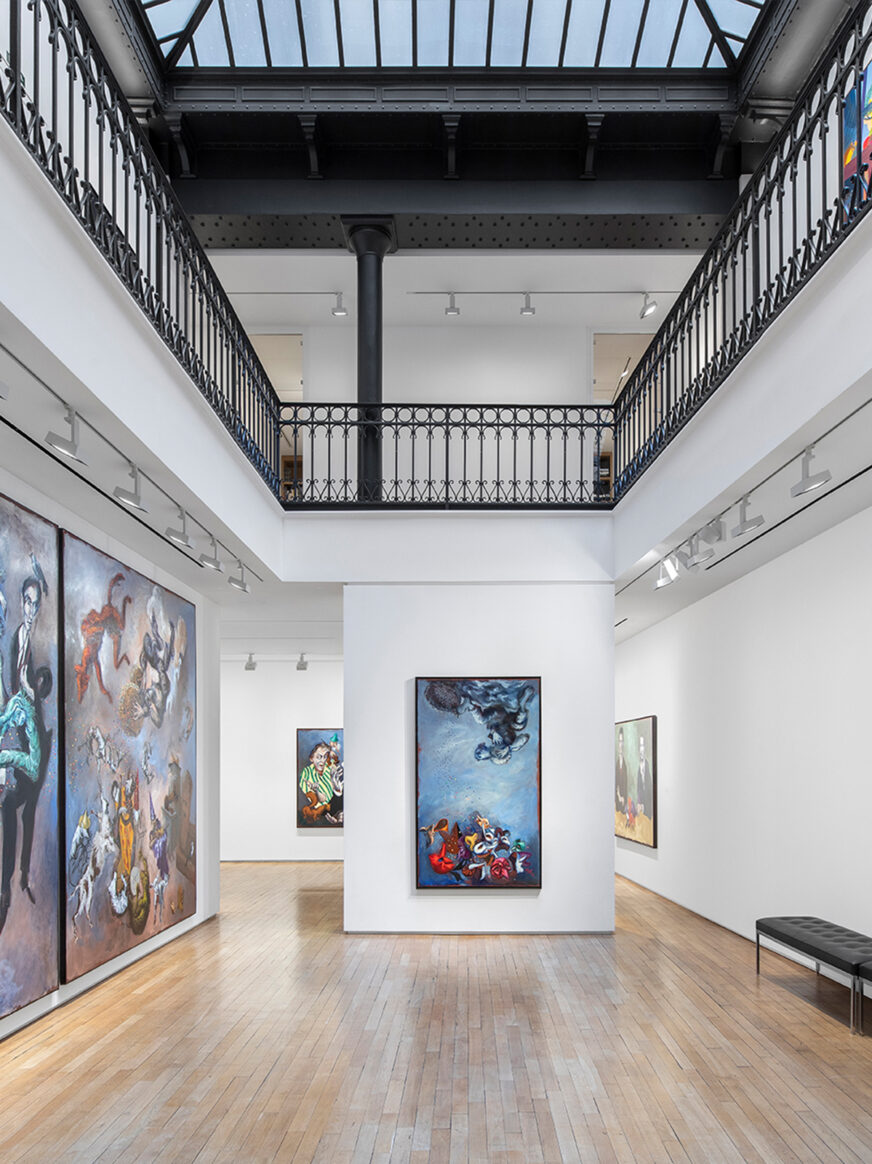 Parisian artist Gérard Garouste is one of the leading figures in French art. Working as both a painter and a sculptor, his creativity is inspired by many themes including French culture, the bible, animals and the rich the legacy left to us by the old masters. His latest exhibition, Correspondances at Galerie Templon, is a fascinating mix of realism and fantasy. 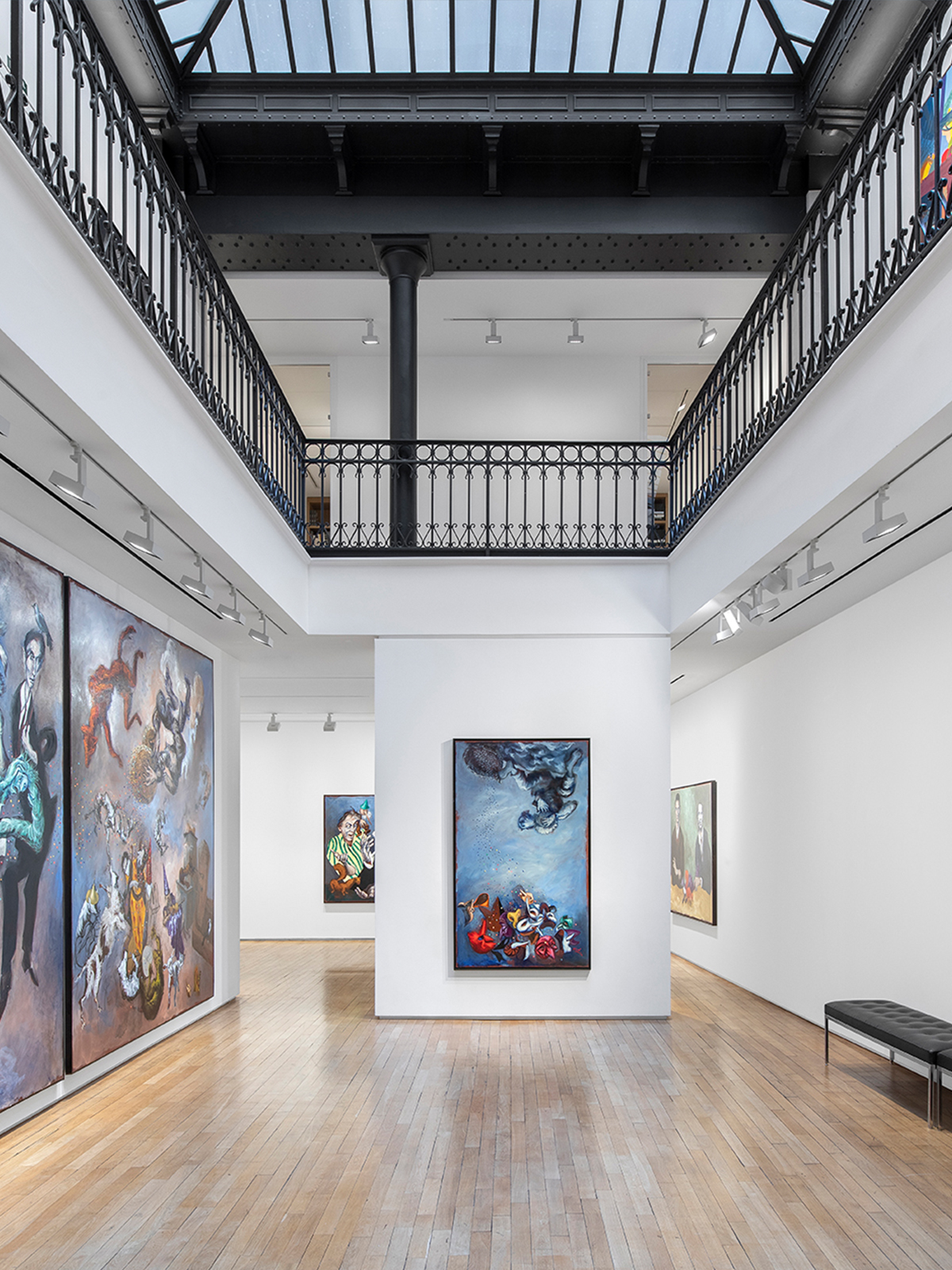 Simultaneously works in situ and in motion

In celebration of a new gallery space on rue du Pont de Lodi, Kamel Mennour invited Daniel Buren — most well-known for his eye-catching columns at the Palais Royal — and fellow artist Philippe Parreno, to create a visual play of light, colour and geometry. Sensors were placed on the Seine to capture the movement of the water and digitally transmit it to the gallery so that the colourful blinds rise and fall in an apparently random dance, reflecting the real time fluctuations of the Seine. 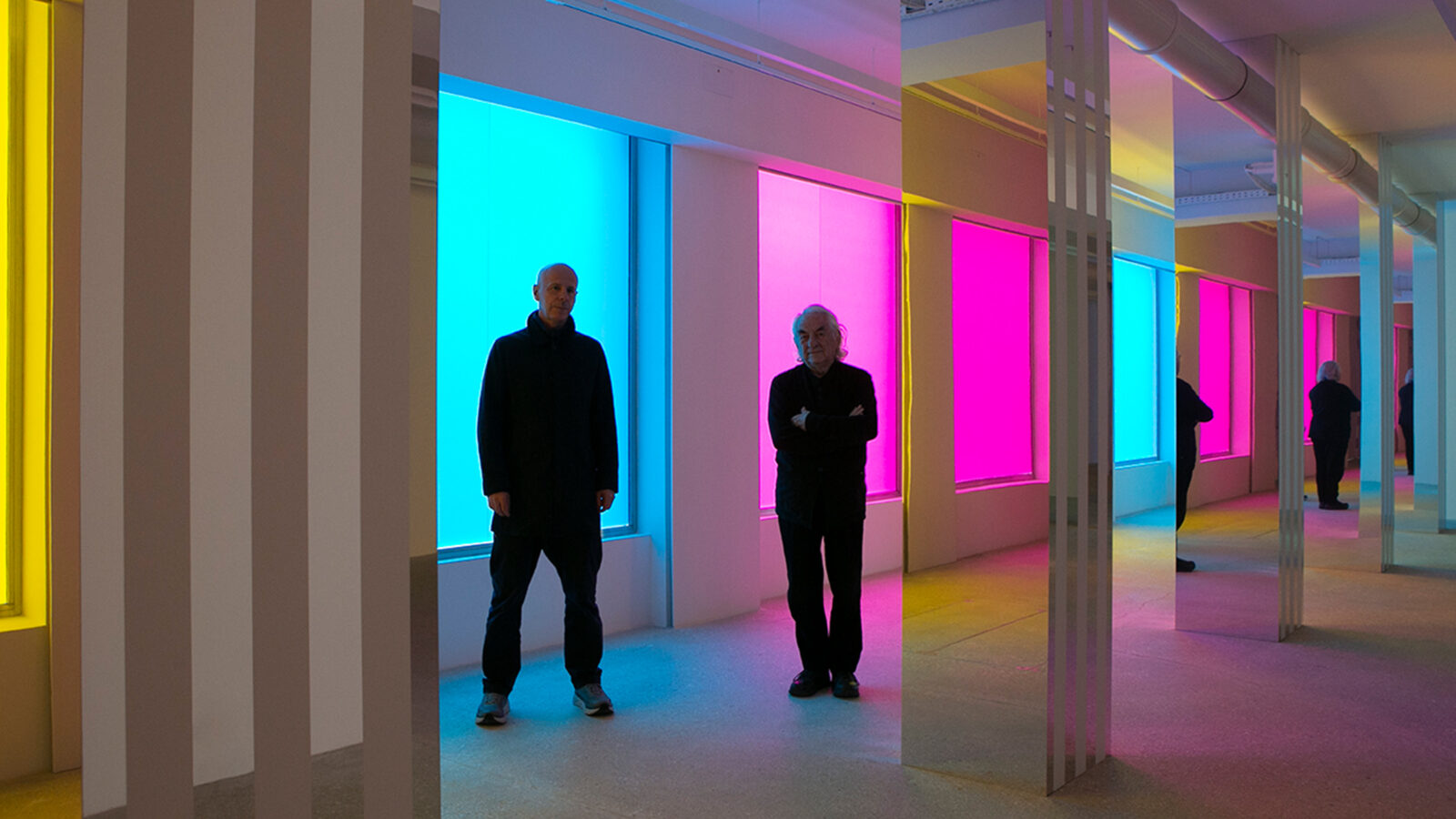 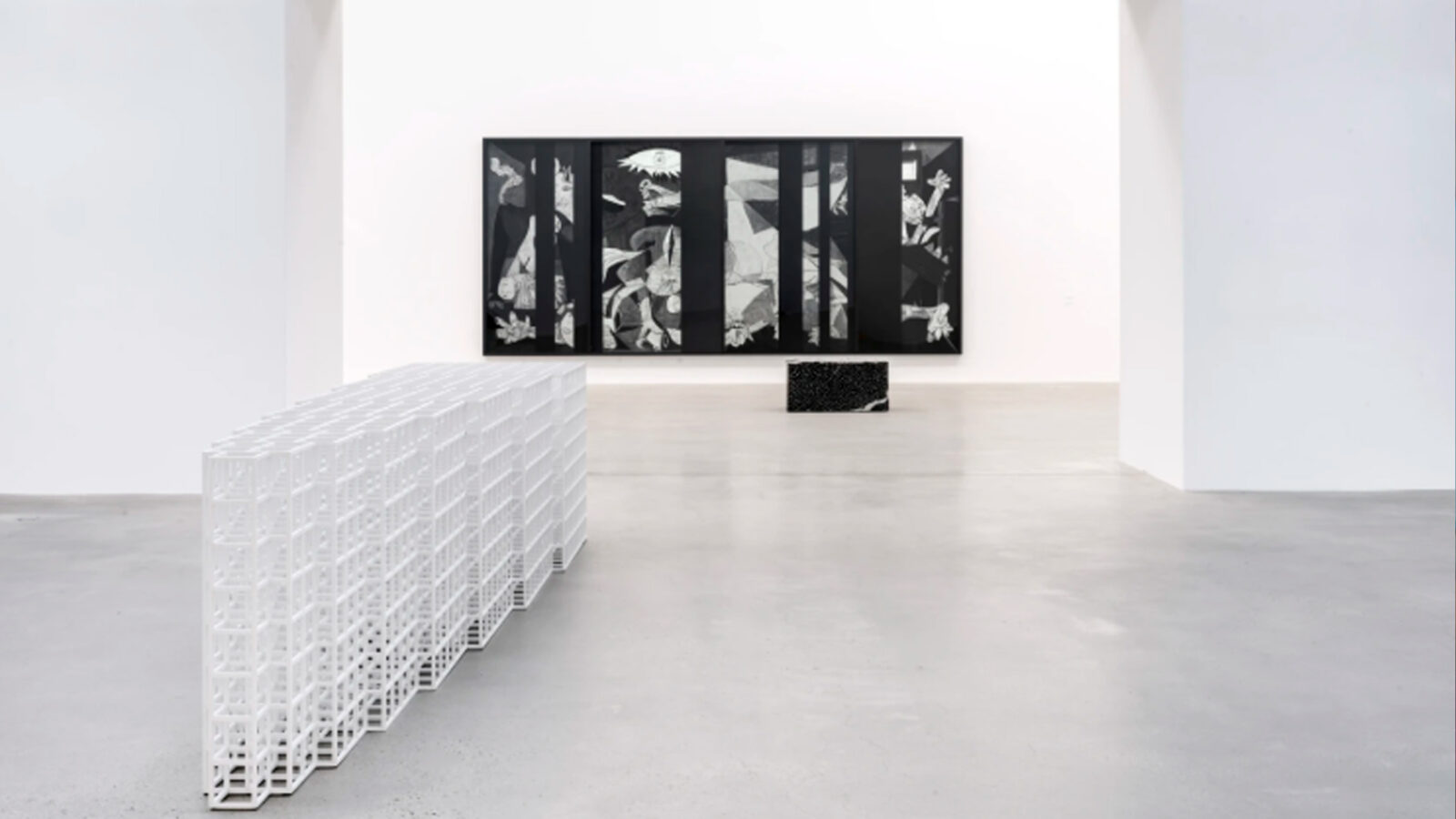 Thaddaeus Ropac is celebrating the 30th anniversary of its first Parisian gallery with a transformative three-part exhibition, showcasing the work of over 60 artists over the course of seven months. A glorious mix of works both old and new are on display, all carefully curated and bursting with creativity.

British artist Darren Almond proudly presents his second show at Galerie Max Hetzler, this time inspired by the rare but recent astronomical phenomenon known as the ‘Great Conjunction’. This theme is explored through a series of nine large-scale paintings in grid format, representing the close cosmic alignment of planets. 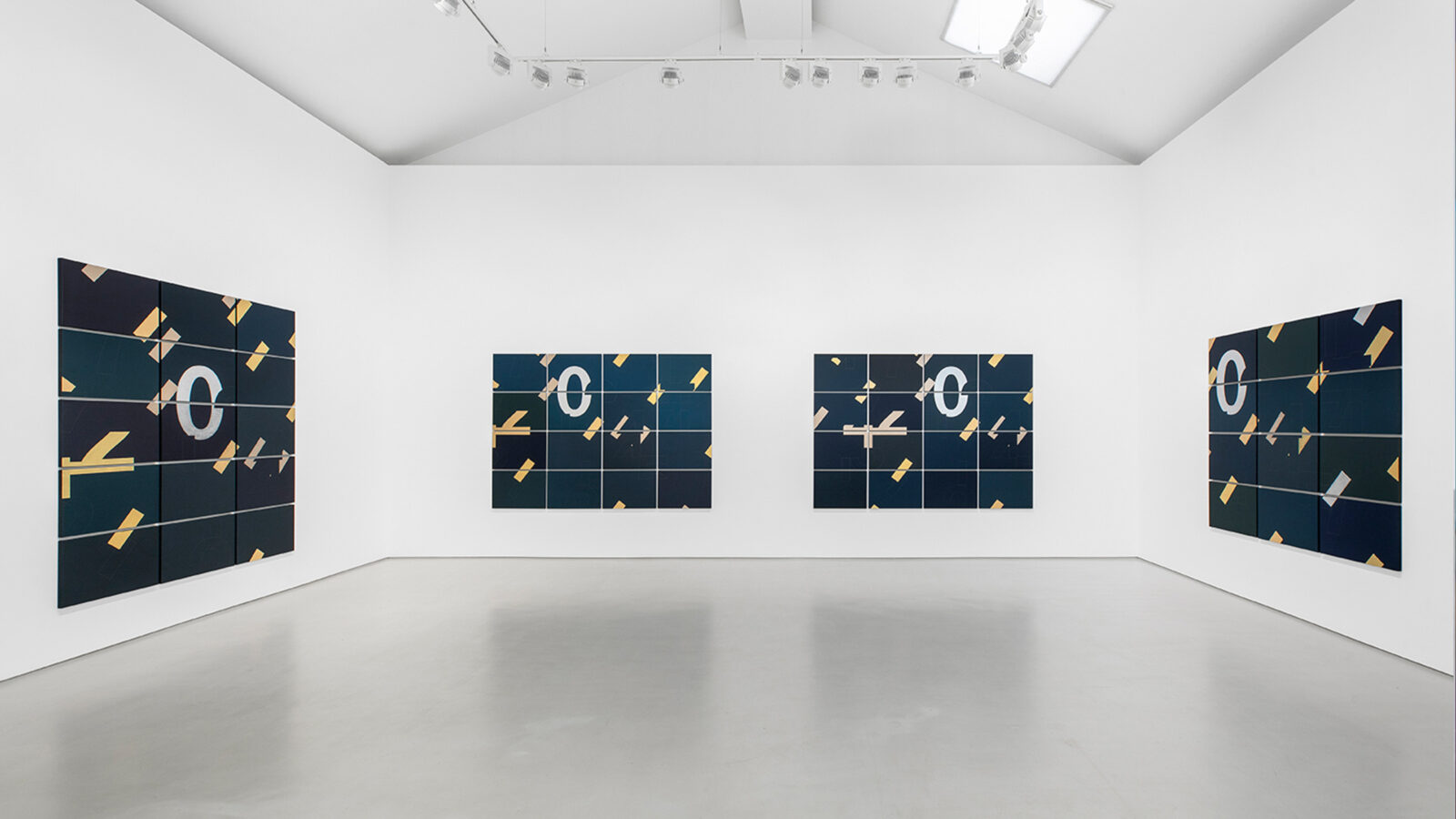 More inspiration for your next visit to Paris. 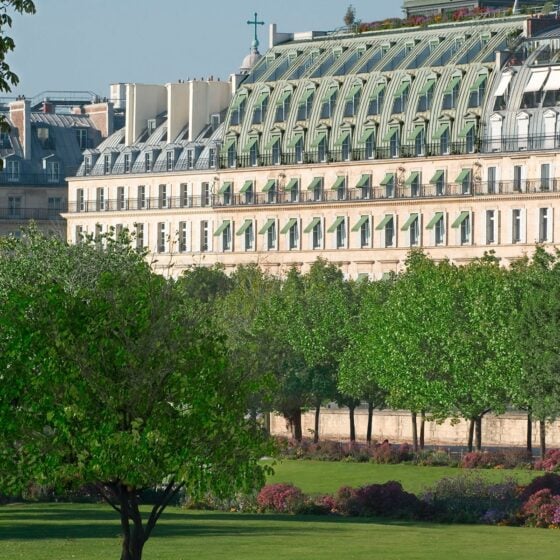 The original palace hotel in the heart of historic Paris, Le Meurice with its splendid newly-restored rooms and suites is the very epitome of quiet elegance and is alive with the artist's soul of wit and magic. 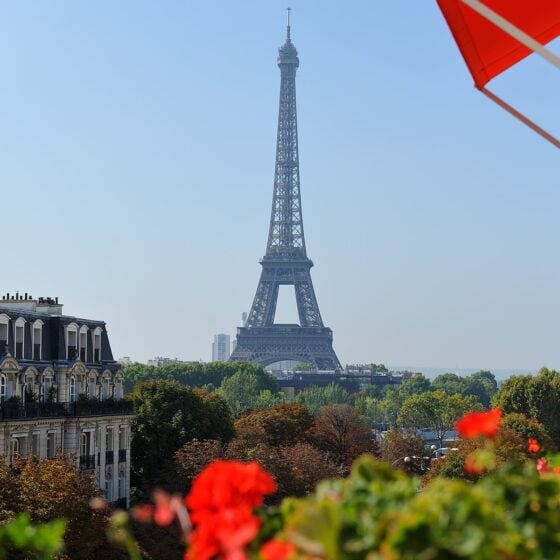