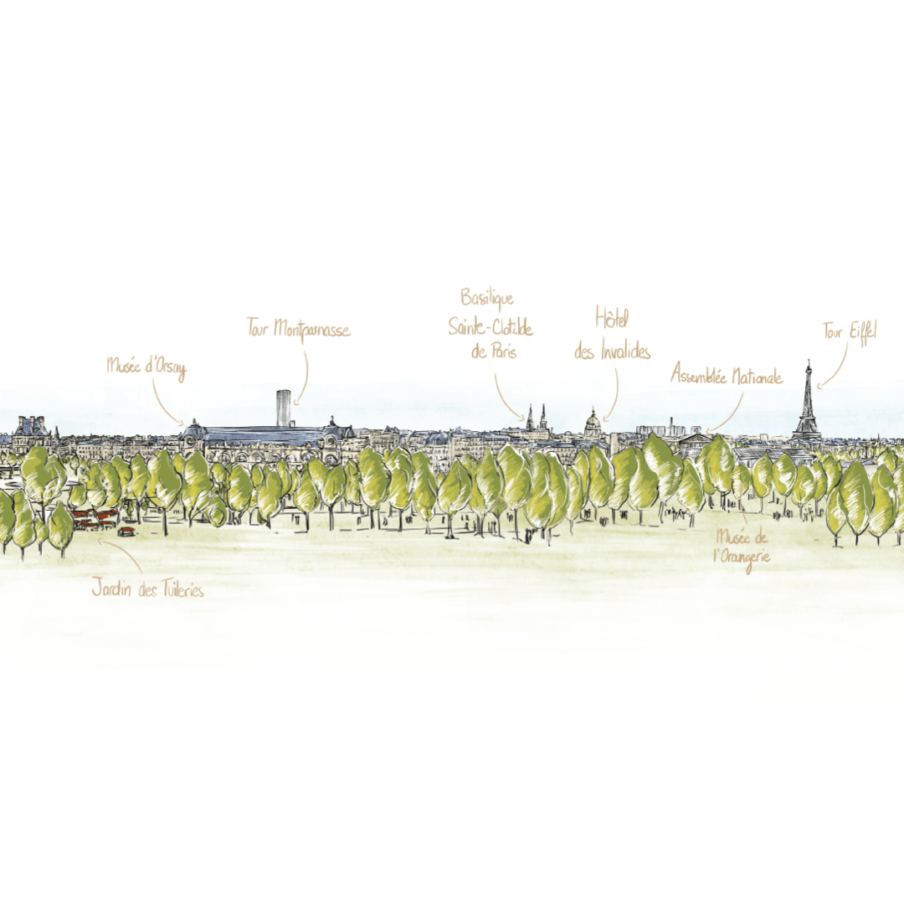 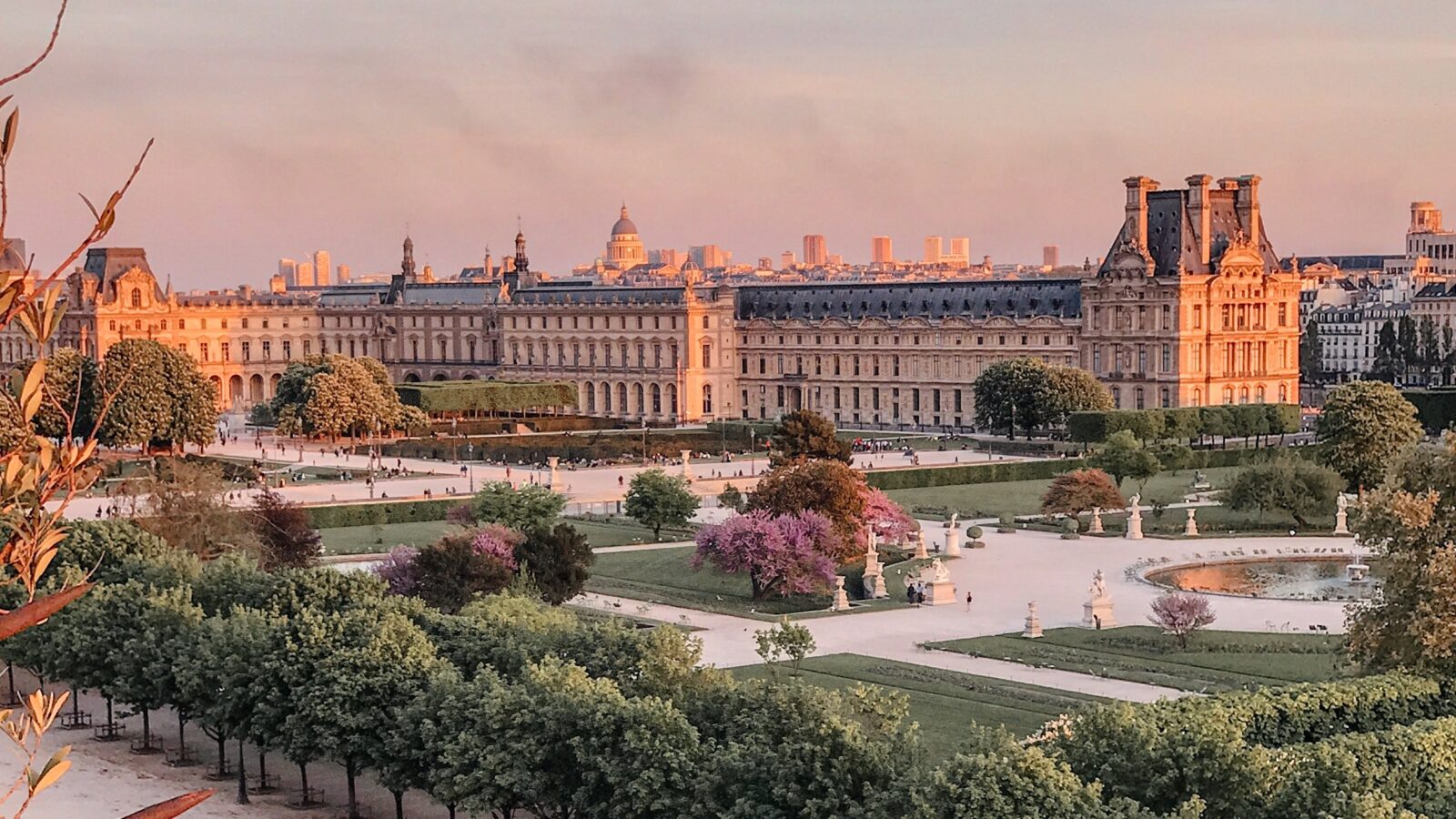 Designed in the 17th century as a royal garden, the Tuileries Garden is the oldest and most important formal garden in Paris. Separating the Louvre and the Place de la Concorde, visitors can enjoy the tranquil atmosphere and admire statues by Maillol, Rodin and Giacometti.

Opened in 1986 after the renovation of the former Gare d’Orsay railway station, the Musée d’Orsay houses the world’s largest collection of Impressionist and Post-Impressionist art. Works include five of Monet’s ‘Rouen Cathedral’ series and ‘Dance at Le Moulin de la Galette’ by Renoir. 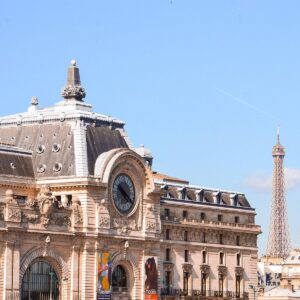 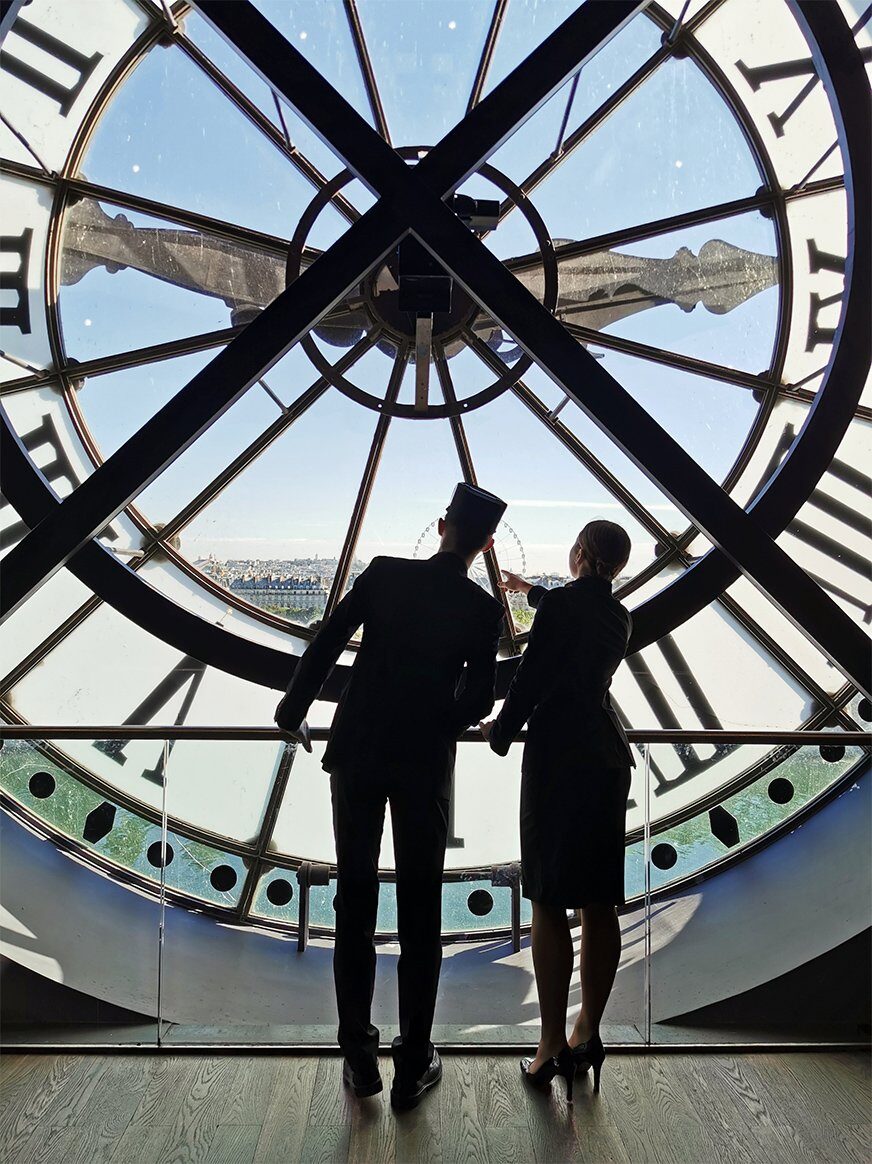 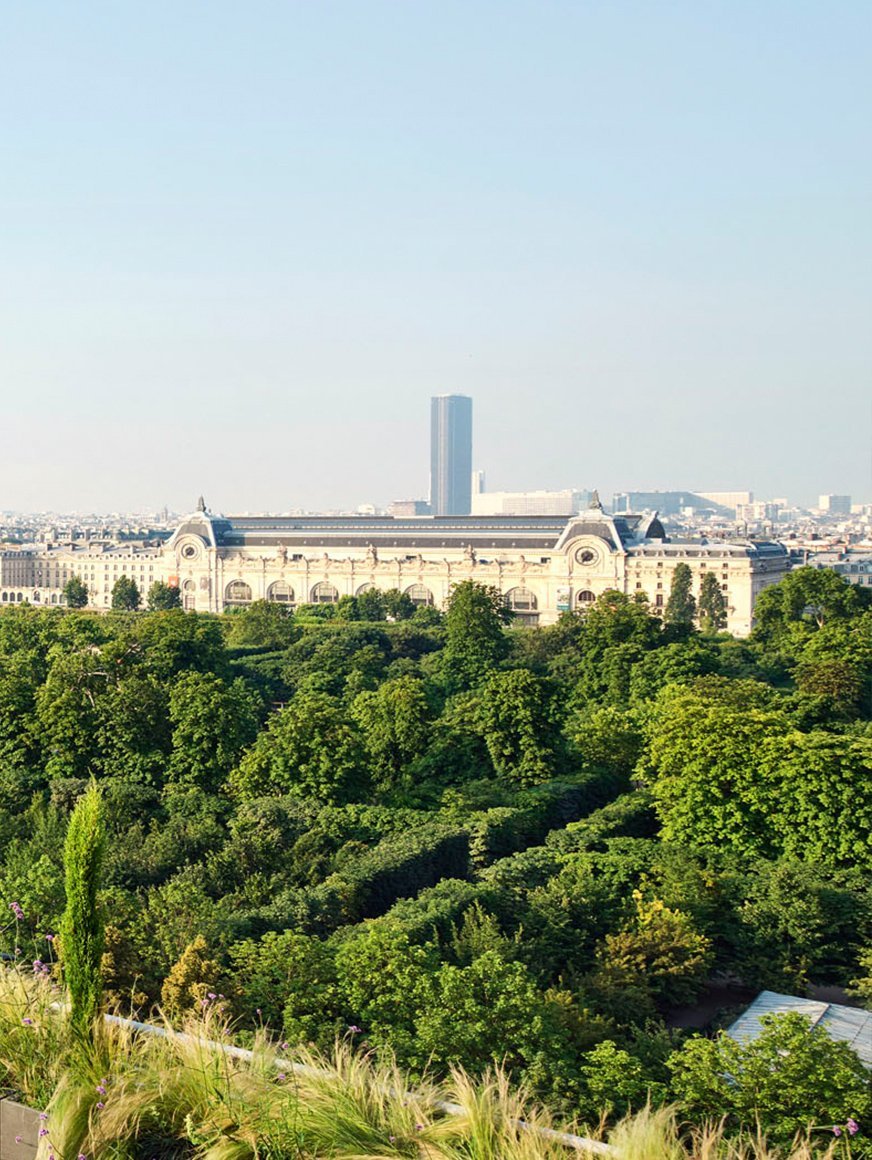 Also known as Tour Maine-Montparnasse, this skyscraper was completed in 1973. The work of architects Jean Saubot, Eugène Beaudouin, Urbain Cassan and Louis de Hoÿme de Marien, the building is 210 metres tall. This was France’s tallest building for many years, before it was surpassed in 2011 by Tour First in the La Défense district.

L’Assemblée Nationale is located in the 7th arrondissement of Paris on the left bank of the Seine. Along with the senate, if forms the French parliament. The building has housed the lower house of parliament and its 577 elected deputies since 1799. 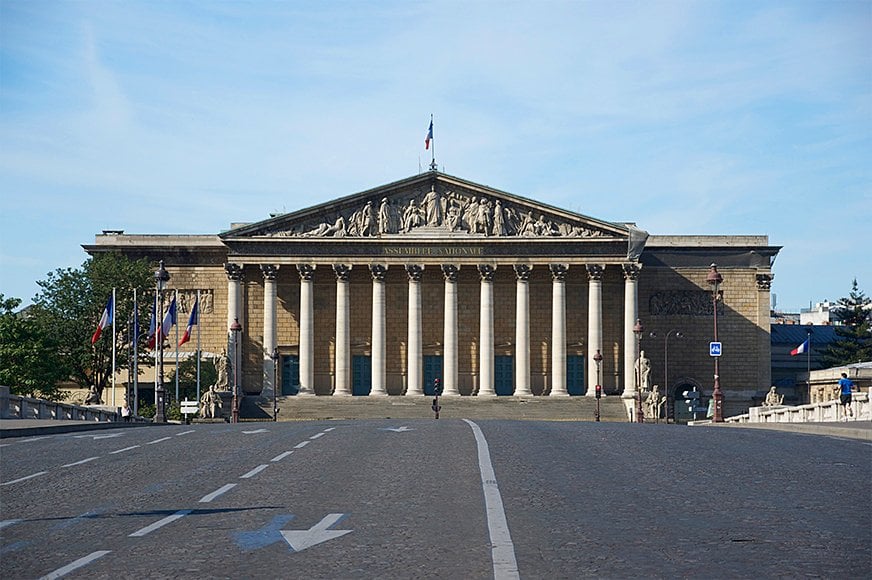 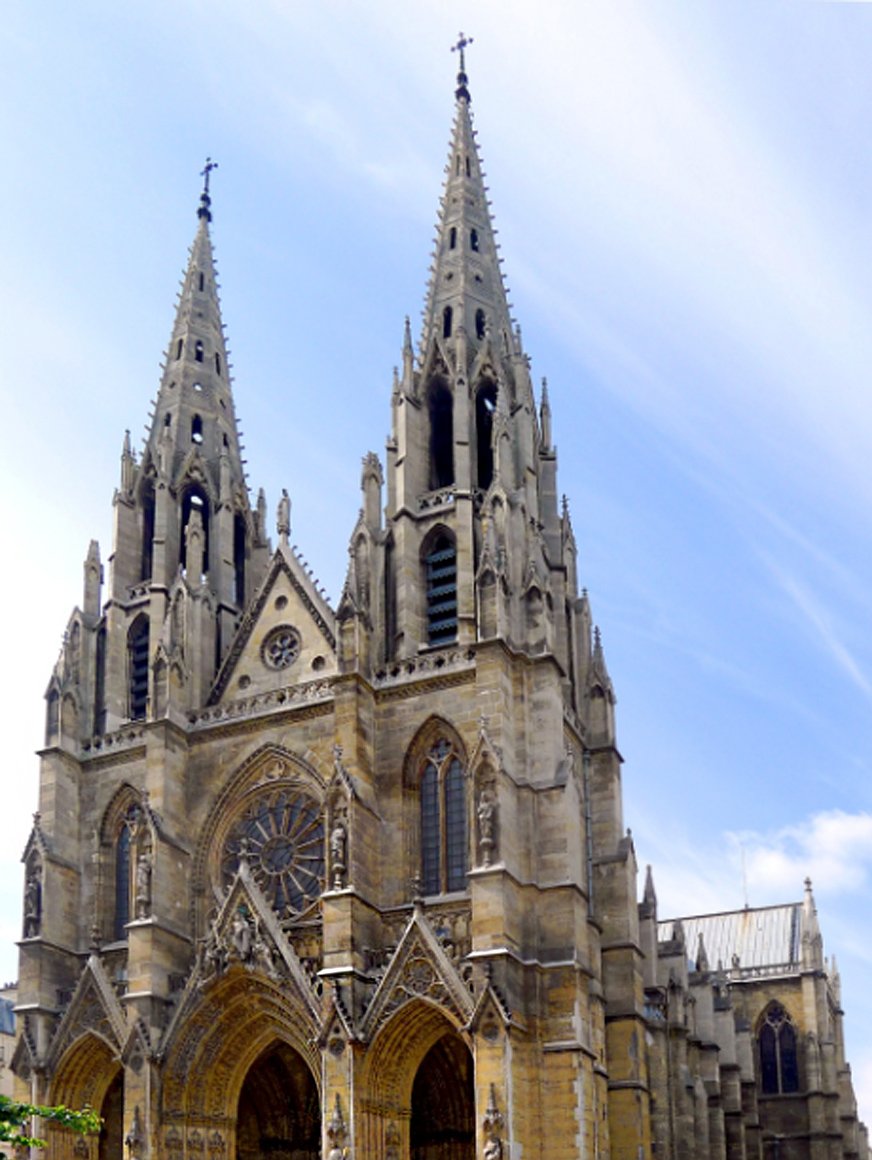 Dedicated to both Saint Clotilde and Saint Valerie, construction started in 1846 and was completed in 1857. Only 40 years later the church was declared a minor basilica by Pope Leo XIII. Its imposing twin spires are 70 metres tall.

Built in 1853 to shelter the orange trees in the Tuileries Garden, the building is now a museum of Impressionist and Post-Impressionist paintings. Works of art include water lily murals by Monet and works by Cézanne, Matisse and Pablo Picasso. 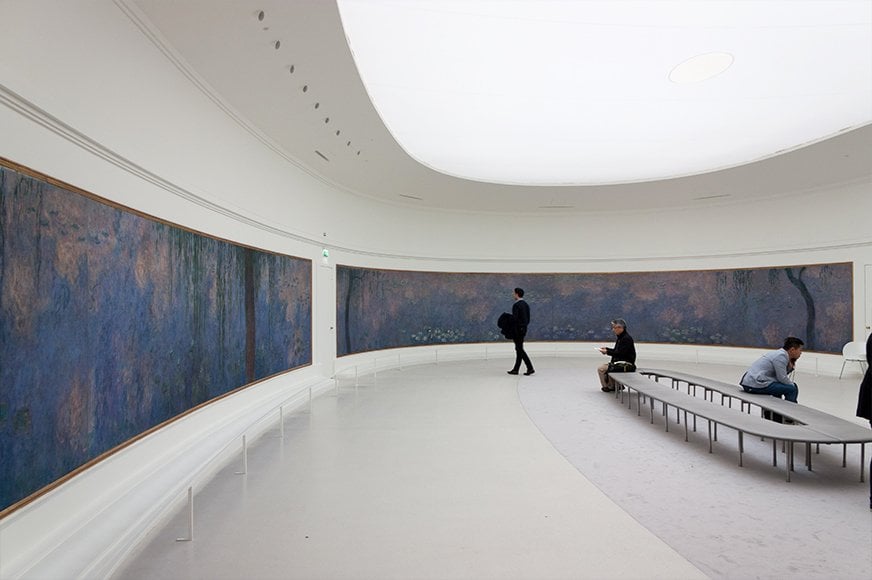 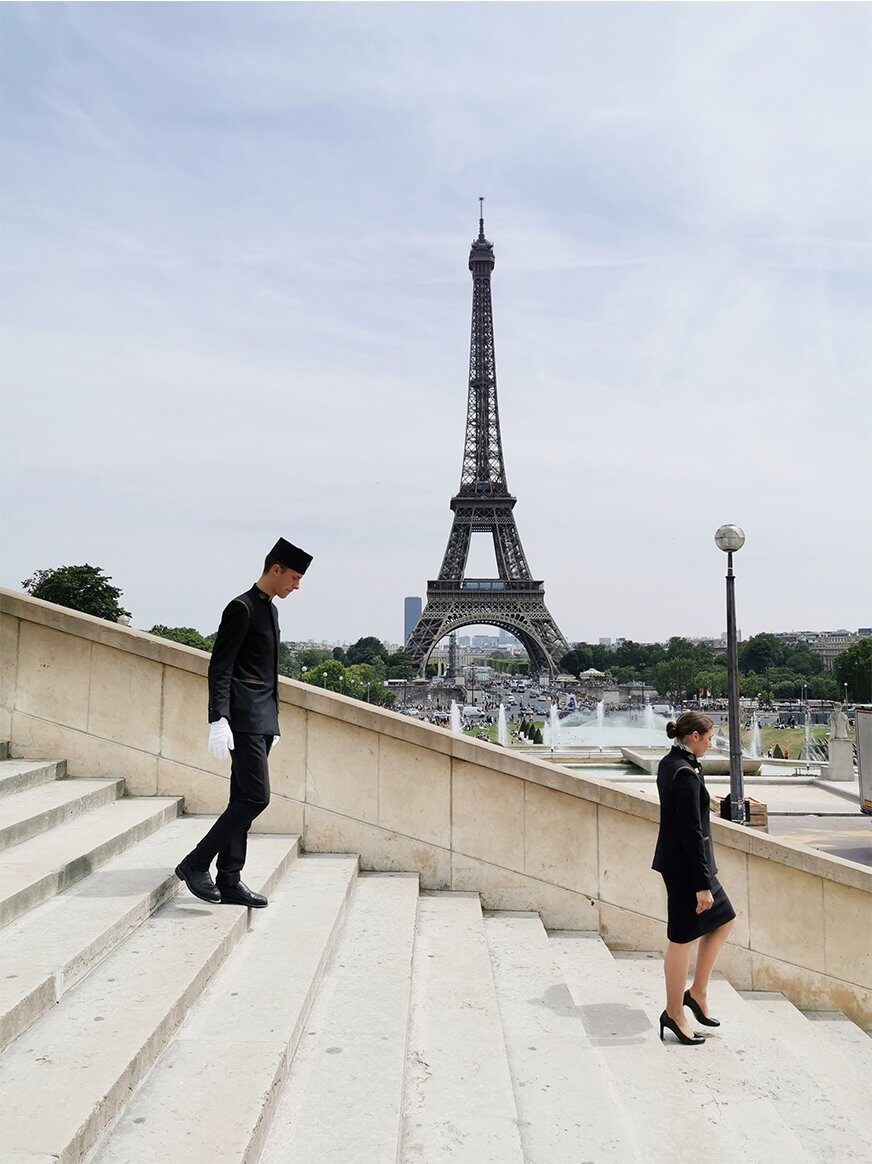 Built by Gustave Eiffel for the 1889 World’s Fair, the tower is made of over 18,000 metal pieces. Construction was completed in just over two years and was a true technical and architectural triumph. Originally planned to exist for only 20 years, today it remains the world-famous symbol of the city. 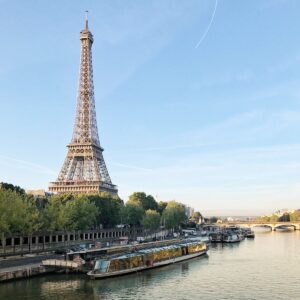 Look behind the Louvre on your left to discover the most famous cathedral in France, located on the Ile de la Cité. Built between the 13th and 15th centuries, the Notre-Dame is a masterpiece of Gothic architecture, which owes much of its fame to writer Victor Hugo. Unfortunately the cathedral closed due to a catastrophic fire in 2019, but it’s still a beautiful place to admire from the outside, especially during spring when the nearby square is in full bloom. 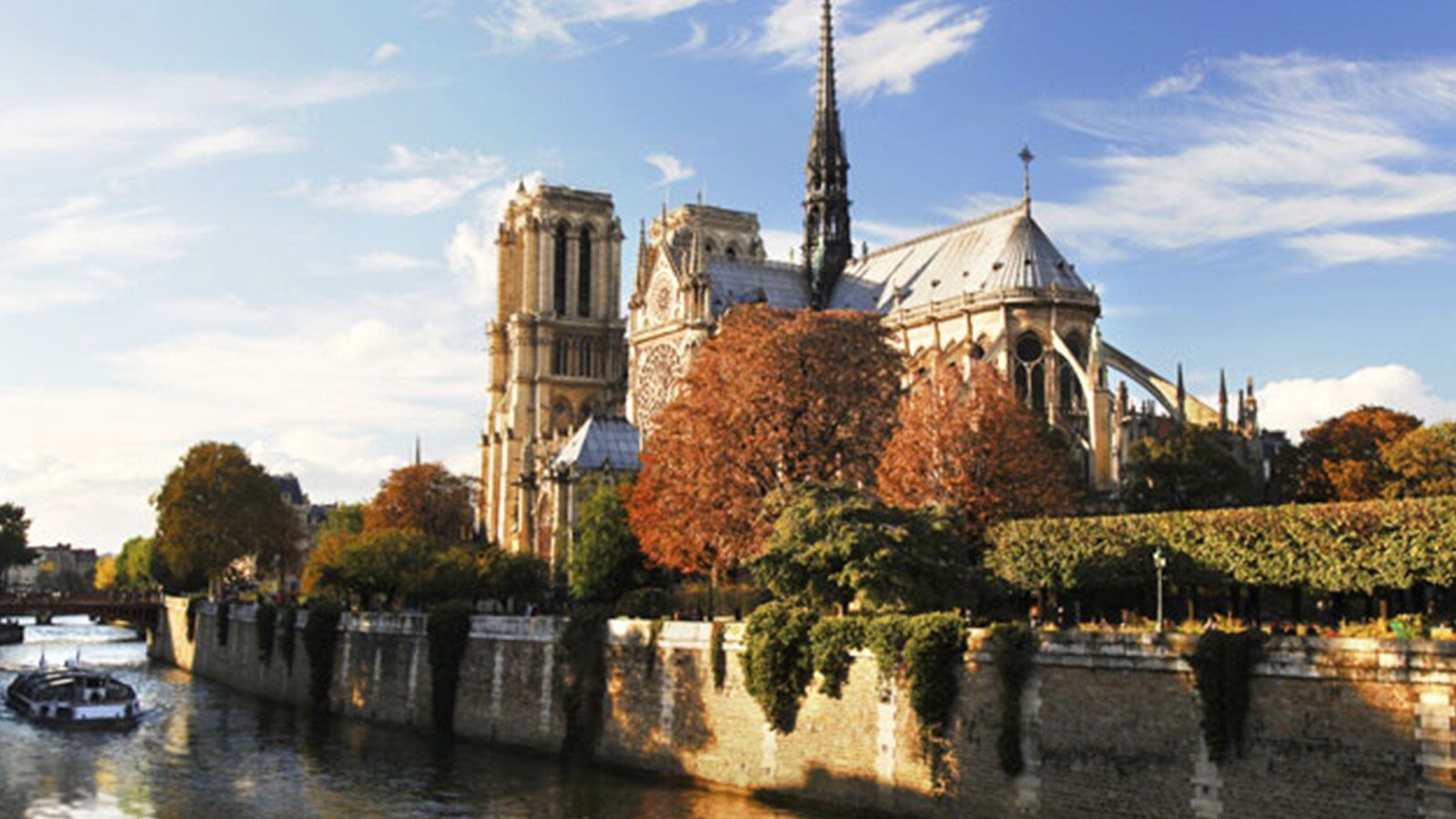 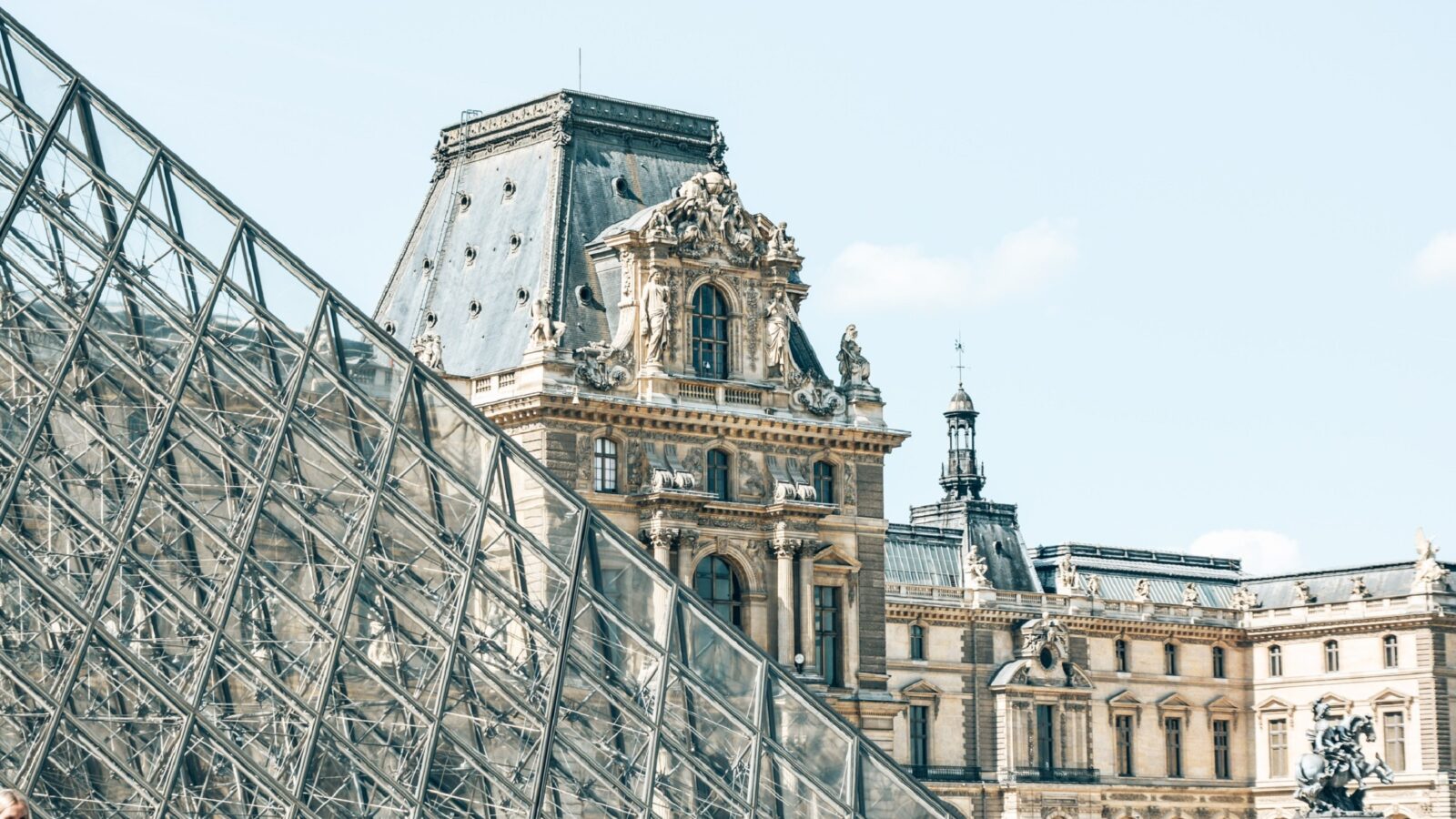 For art and history lovers alike, the Louvre is truly world class in every way. Home to more than 35,000 works of art, even the most regular visitors can always find something new to discover. Open your windows or step out onto the terrace to admire the building, including its famous glass pyramid.

To admire this gem, step out onto the bedroom terrace of our Belle Étoile Suite. Built by Charles Garnier and opened in 1875, the Palais Garnier is an architectural masterpiece with opulent interiors. It’s a wonderful place to see ballet and opera performances or simply stop by to admire the spectacular ceiling painted by Chagall. 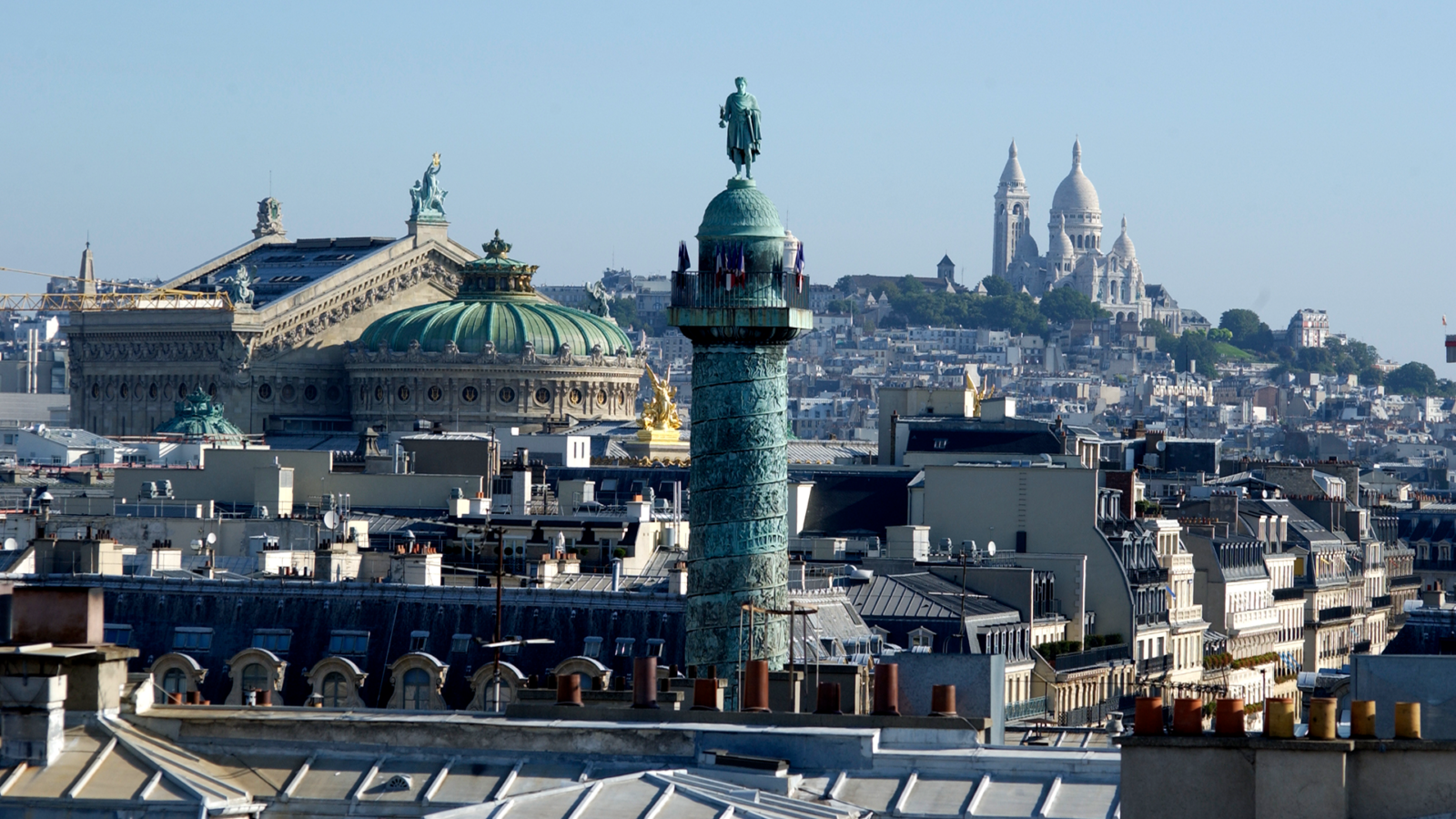 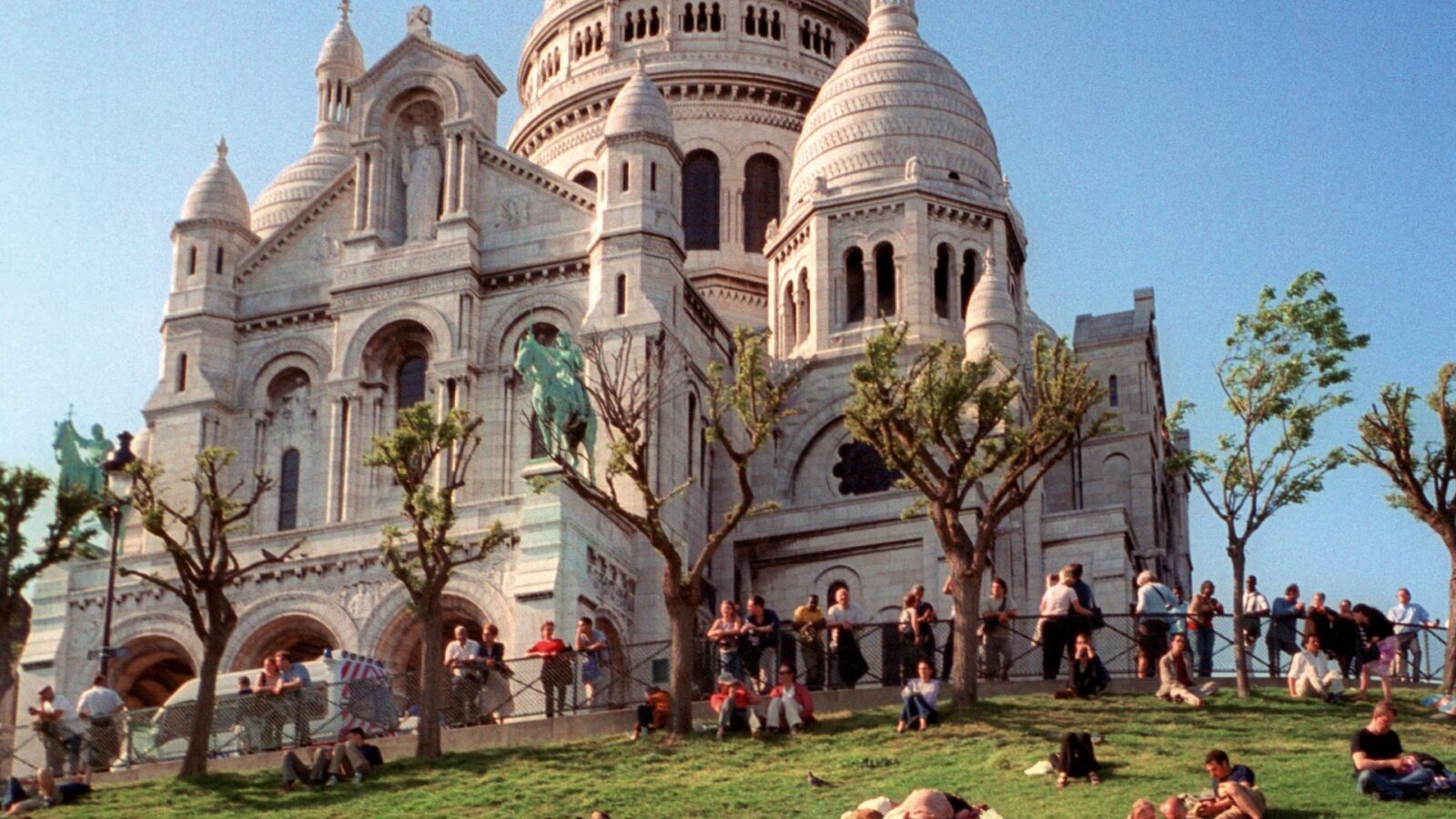 Head to the bedroom terrace to admire the Basilica of the Sacred Heart of Paris – the second‑most visited monument in Paris. Completed in 1914, it’s located at the summit of Montmartre, the highest point of Paris, and offers incredible views over the City of Light. We recommend visiting at sunrise, when it’s the perfect time to watch Paris waking up.

If you look towards the Eiffel Tower and slightly to the left, you’ll spot the beautiful golden dome of the Invalides. This stunning landmark was built at the end of the 17th century as a place of retirement for war veterans. It now holds the tomb of Napoléon Bonaparte and hosts regular historical exhibitions for visitors. 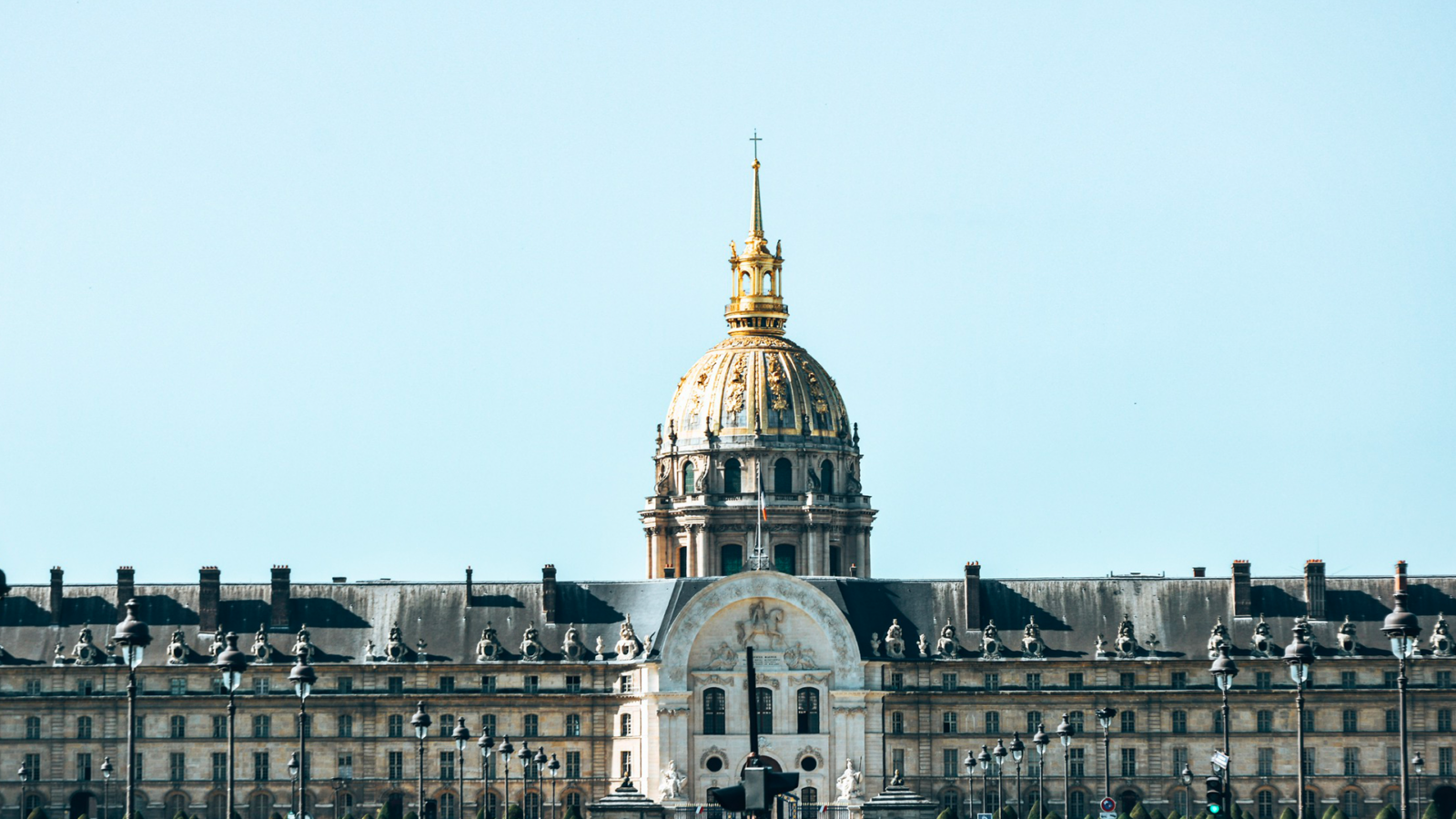 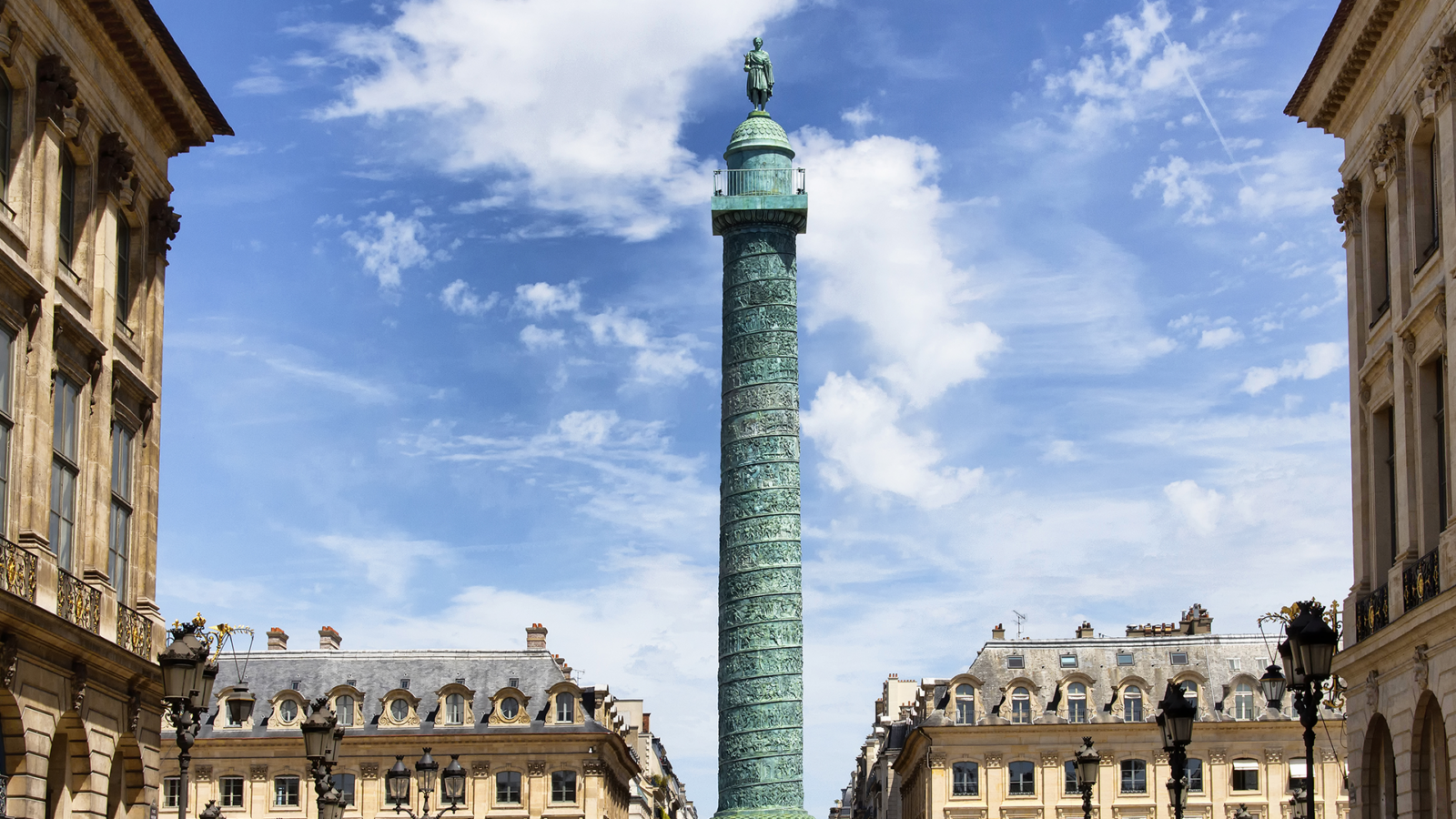 Located in the centre of the Place Vendôme, just a few steps from Le Meurice, the Colonne Vendôme is a stone core wrapped in a bronze spiral, made of Austrian and Russian cannons captured by Napoléon during the Battle of Austerlitz. You can admire it from our Belle Etoile bedroom terrace, or ask us for a closer look from the windows of our suites overlooking rue de Castiglione.

On your right, just before the Eiffel Tower, you’ll see the famous Pont Alexandre III bridge with its six-metre (20ft) steel arch. The Grande Dame of Paris’s beautiful bridges is undoubtedly this classic Beaux‑Arts‑style crossing by the Champs‑Élysées. It links the Grand Palais to the glorious green space of the Esplanade des Invalides and was first built for the Paris Exposition of 1900. 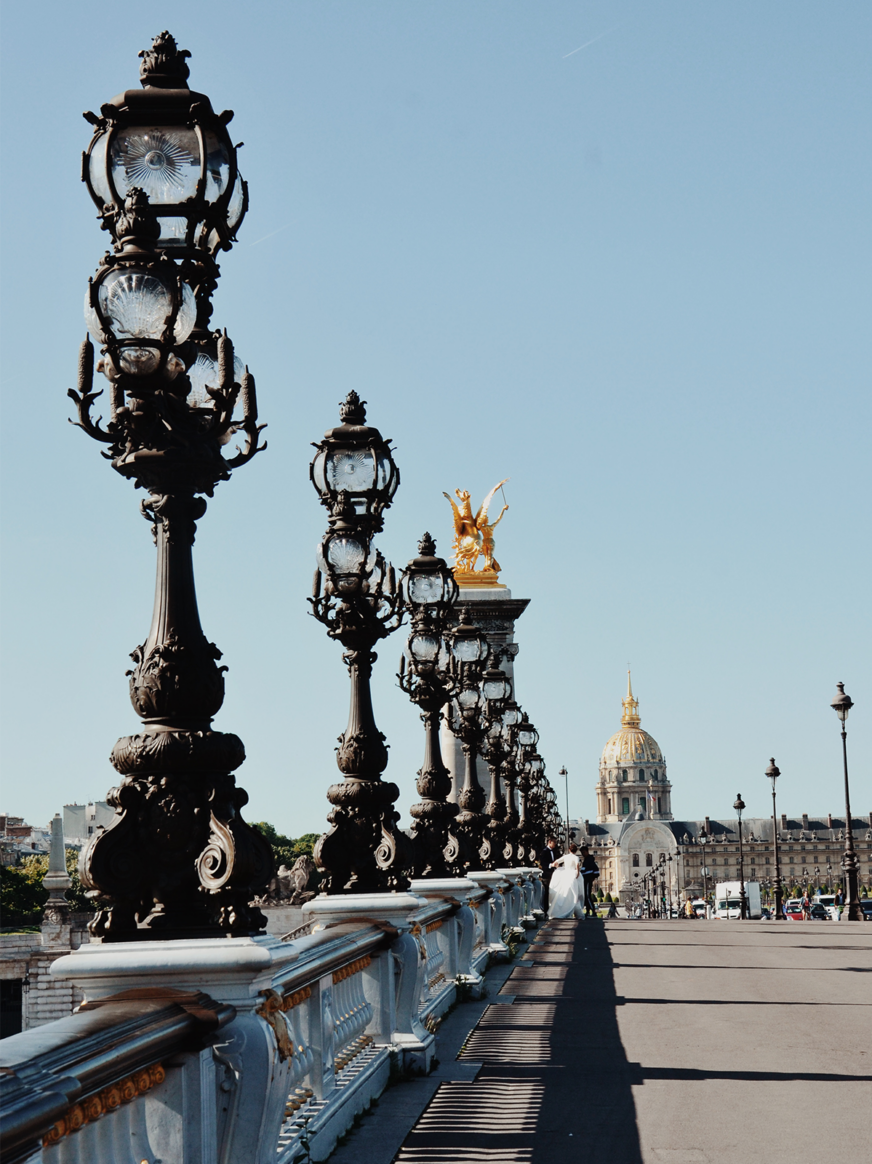 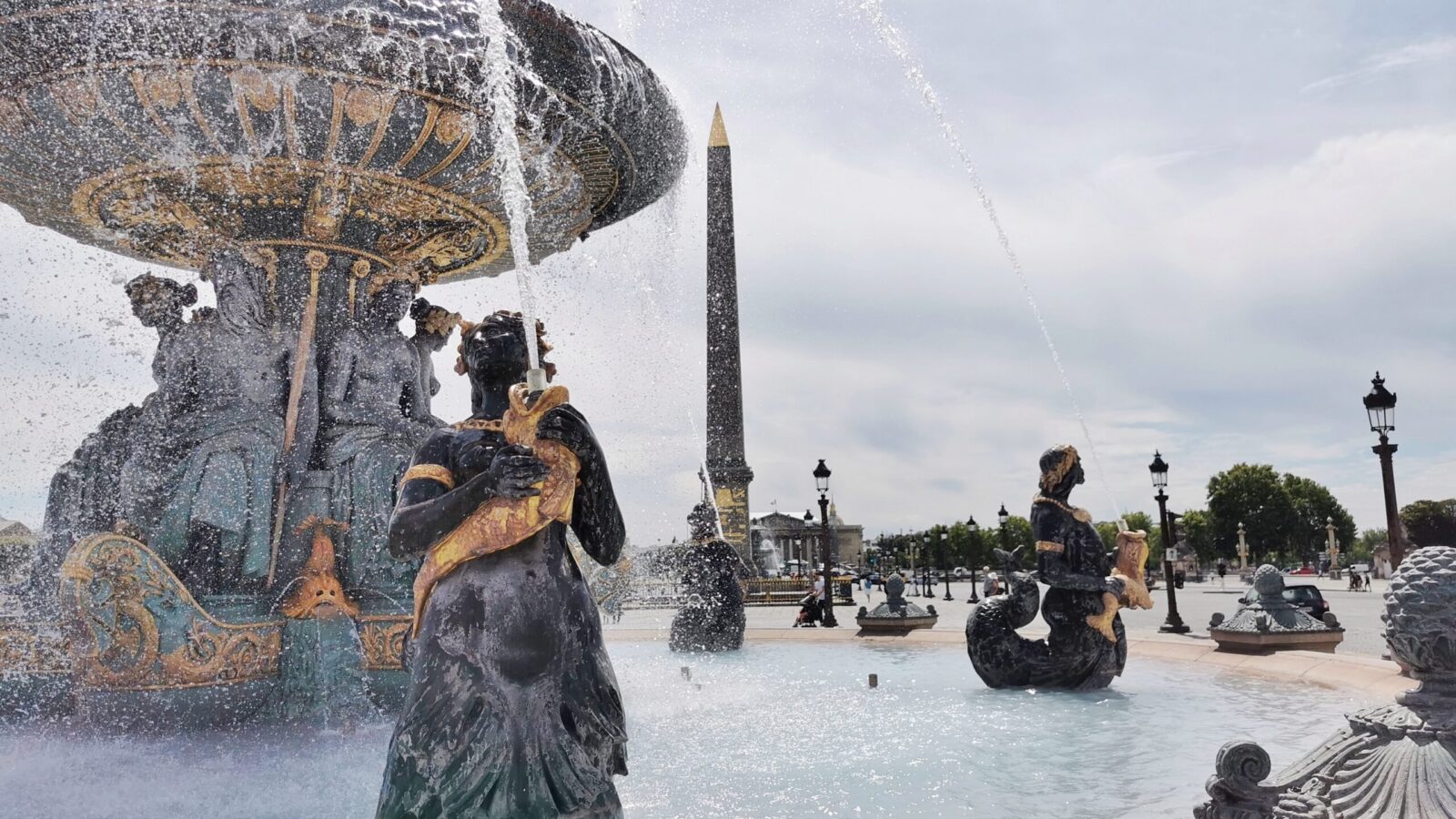 The city’s largest square is located on your right. From here, you can admire Paris spreading around you from the Eiffel Tower to the Seine through the Champs‑Elysées. Originally called the ‘King Louis XV place’, the Place de la Concorde changed its name only after the Revolution – hoping it would become a place of peace. Don’t forget to admire the 3,300‑year‑old obelisk, a precious gift from Egypt in 1831.

The Arc de Triomphe is undoubtedly one of the most famous monuments in Paris, and perfectly positioned at the end of the beautiful avenue des Champ‑Elysées. Also known as ‘place of the stars’ due its distinctive star shape, it was first built in honour of those who fought and died in the French Revolution and Napoleonic Wars. As a famous symbol, it’s there, under the arch, that the ‘unknown soldier’ is buried. 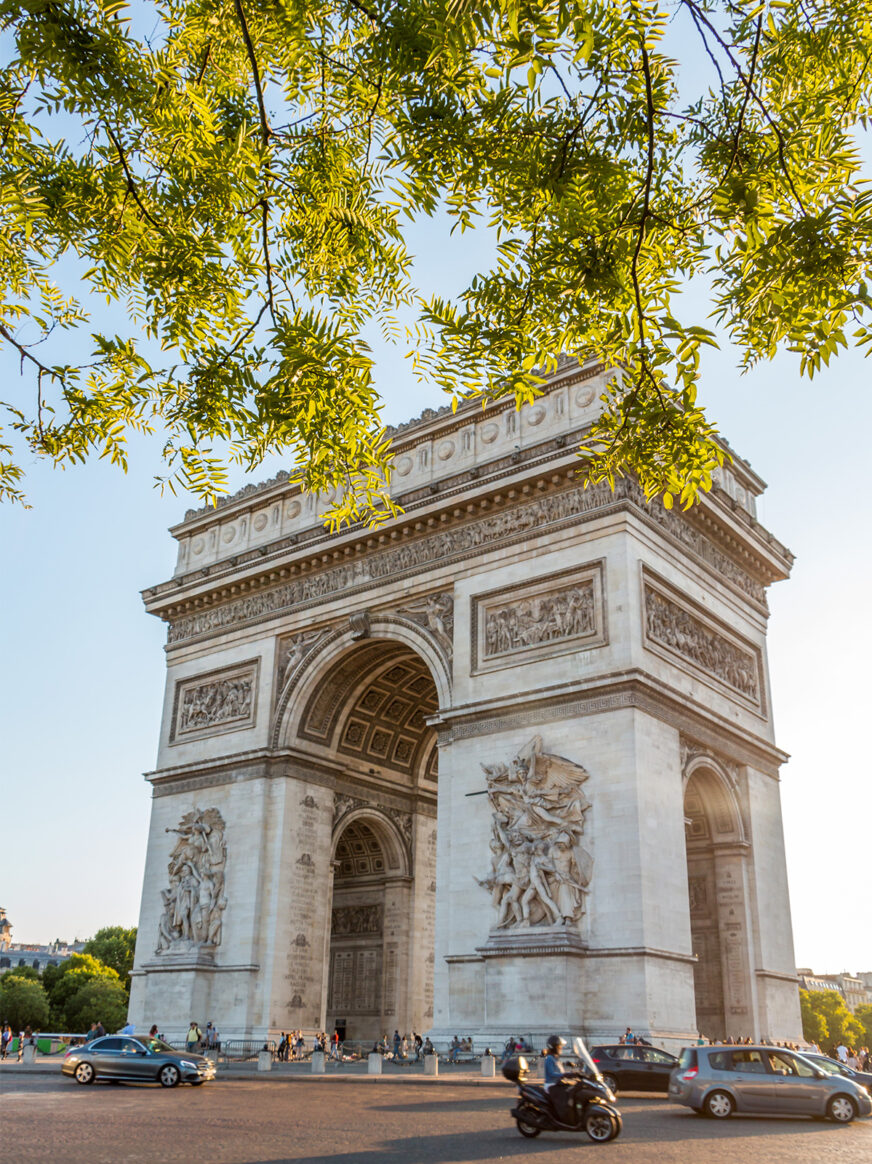 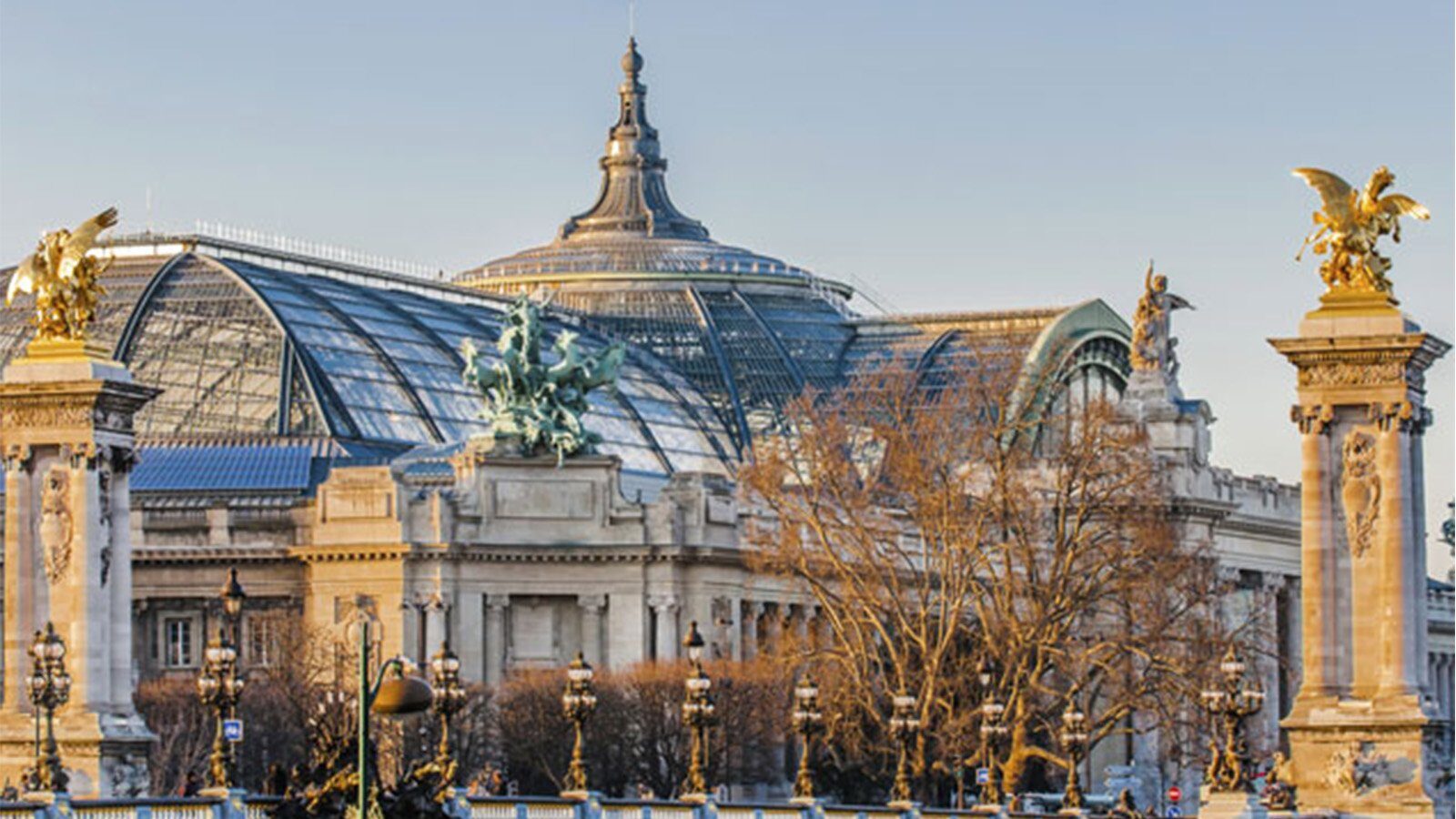 While in Paris you simply cannot miss the Grand Palais. This magnificent exhibition hall and museum is located near the Champs‑Elysées and is a beautiful example of Beaux-Arts architecture. It was built in 1897 for the 1900 World’s Fair, at the same time as the Petit Palais, the Pont Alexandre III and the Eiffel Tower. Its glass dome and French flag at the top make it very recognisable from your suite terrace, just to your right.

Standing in the heart of the Latin Quarter, at the top of the Montagne Sainte‑Geneviève, the Panthéon is a very unique church, as it’s been transformed into a mausoleum for distinguished French citizens and National heroes including Voltaire, Victor Hugo, Jean Moulin, Marie Curie, Simone Veil and many more. Don’t forget to climb up the dome for a wonderful view over Paris. 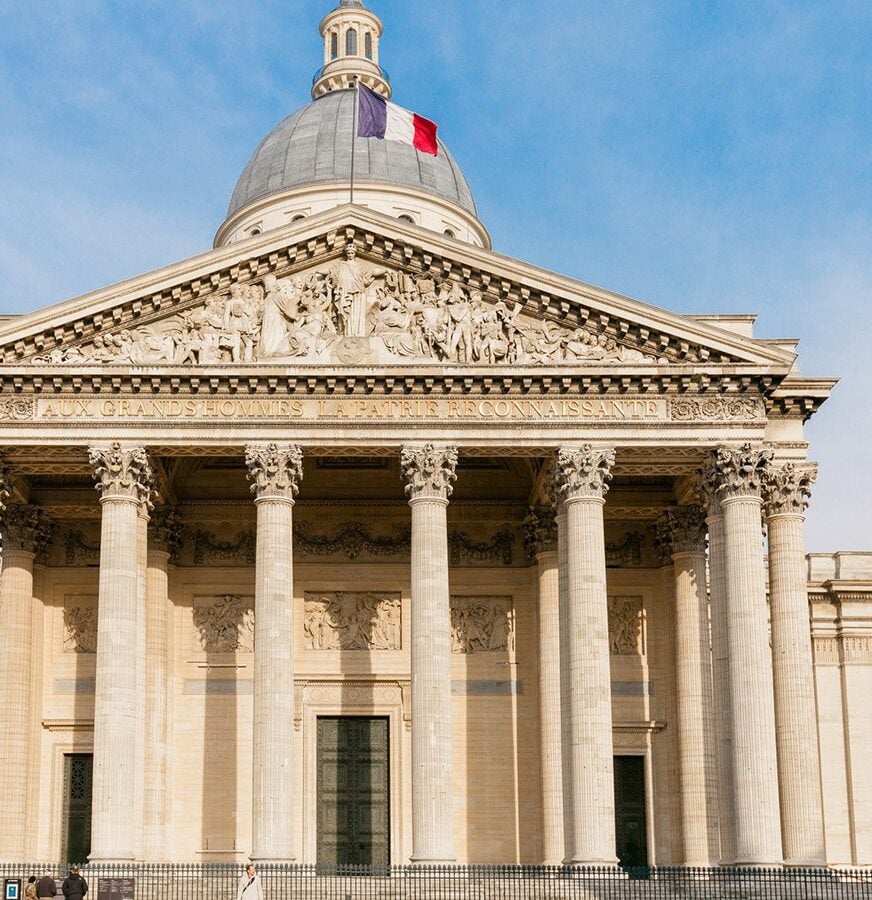 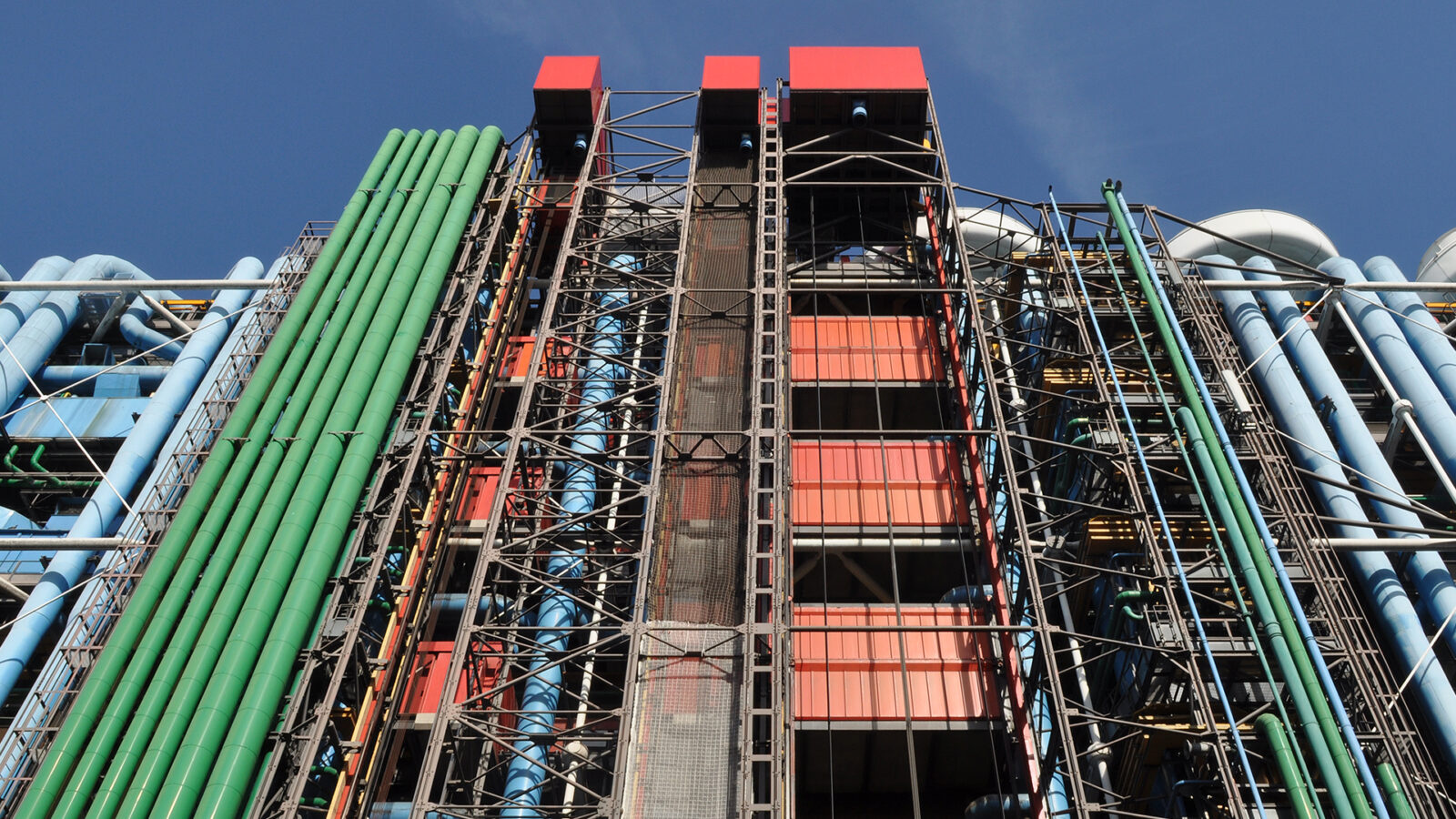 You cannot miss the striking architecture of the Centre Pompidou, designed by Richard Rogers and Renzo Piano. This building hosts the largest modern art museum in Europe, along with a library and a centre of music and acoustic research. Internationally renowned for its 20th and 21th century art collections, you’ll discover the ‘Chef‑d’Oeuvre’ by Matisse, along with works by Picasso, Andy Warhol and Anish Kapoor. Head to the left corner of our terrace and you’ll spot the Centre Pompidou nestled in the centre of the Parisian rooftops.