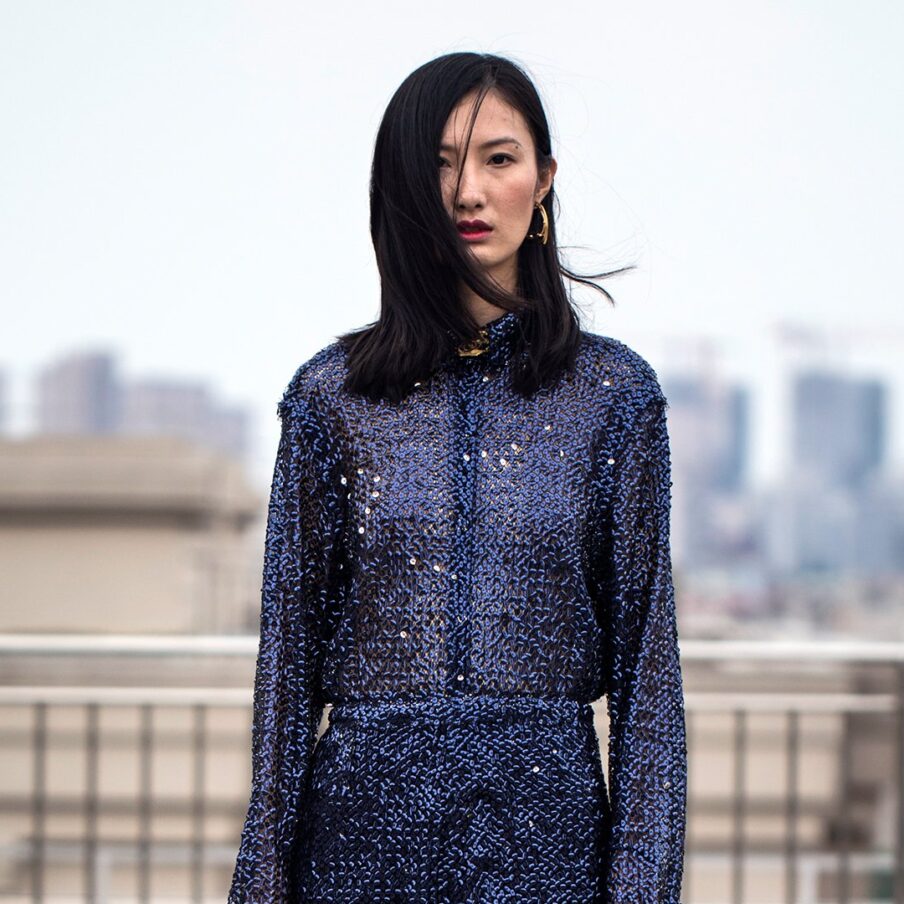 In Shanghai, a designer redefines femininity with sharp lines

This three-part series celebrates craftsmanship and artistry through the eyes of unique creative minds in fashion, art and architecture. In each episode, we profile a maker who embodies the modern spirit of craft. Just as Dorchester Collection hotels dedicate themselves to creating perfect moments for guests, these creatives are devoted to crafting moments of beauty that resonate across times, places and cultures.

Masha Ma is in her Shanghai studio mulling over designs for her upcoming Spring/Summer 2019 collection. Her workspace is awhirl with activity to distill abstract ideas into physical form – sewing machines rattle and steamers hiss, with the snip-snip of scissors in the background. “For me, it’s about how to cut a line, how to sew a button,” she says, revealing her detail-oriented approach to crafting garments.
“I have a very traditional way of designing as a couturier.”

From fabric choice and pattern cutting to harmonizing colors, there’s an orchestral array of intricate details she needs to hone before the production begins. “It starts with the idea, then the shapes and silhouettes, then the materials,” says the 33-year-old fashion designer. 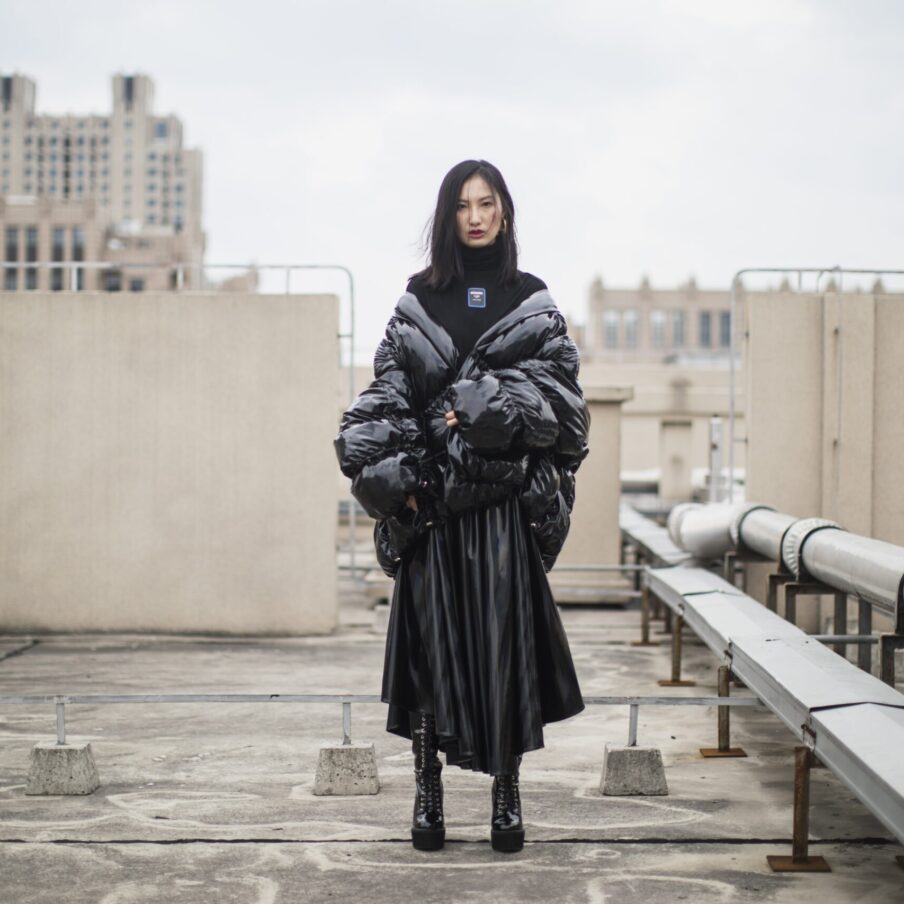 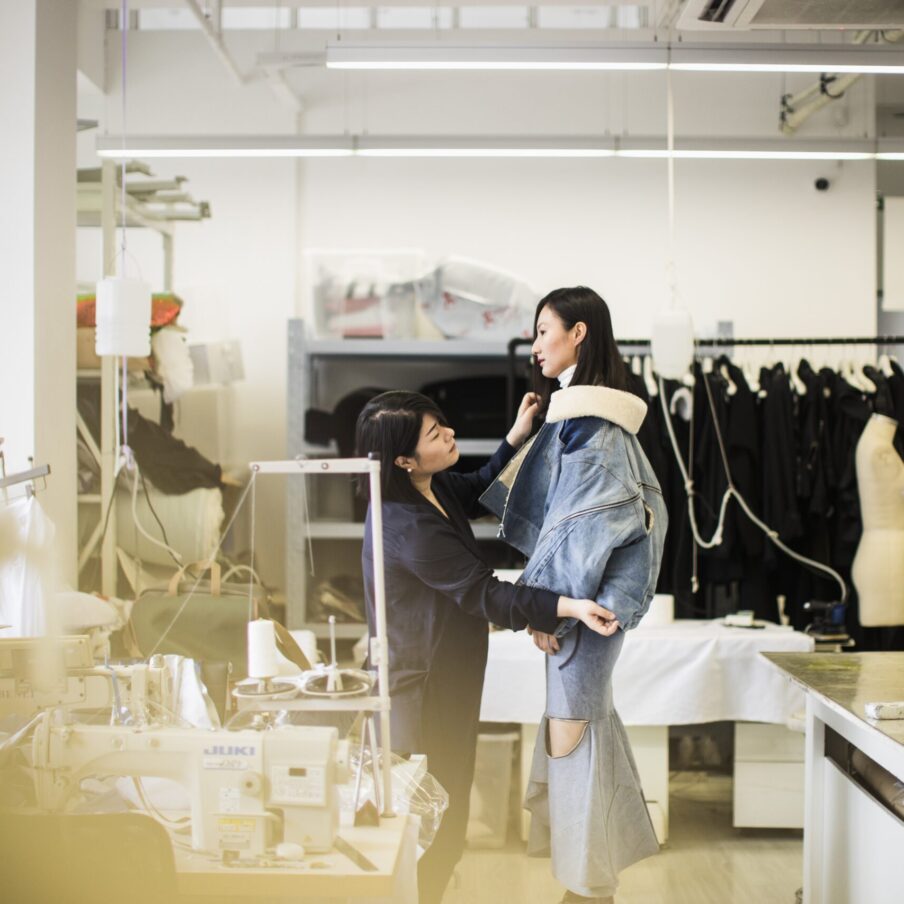 To meet her exact standards pursuing the highest level of craftsmanship, the Chinese designer often spends late nights in the studio finessing the smallest of details. The prototypes and patterns have to be constructed close by, so that Ma can implement design decisions immediately.

For each collection, she begins by working on the shapes and cuts of the garments in her signature monochrome palette of blacks, whites, grays and dark navies, and then adds on flourishes. Regardless of the season, however, her main inspiration remains the women who wear her clothes. “It’s always about women,” she says. “We’re concentrating on what being female means.”

Ma’s artistic inspirations often include futuristic elements like structural silhouettes and bold color combinations. But for the designer, the future is always tangible. “It’s never really about the future – it’s a reflection of where we are now.”

The Mashama brand is a platform for me to explore life’s existential questions. 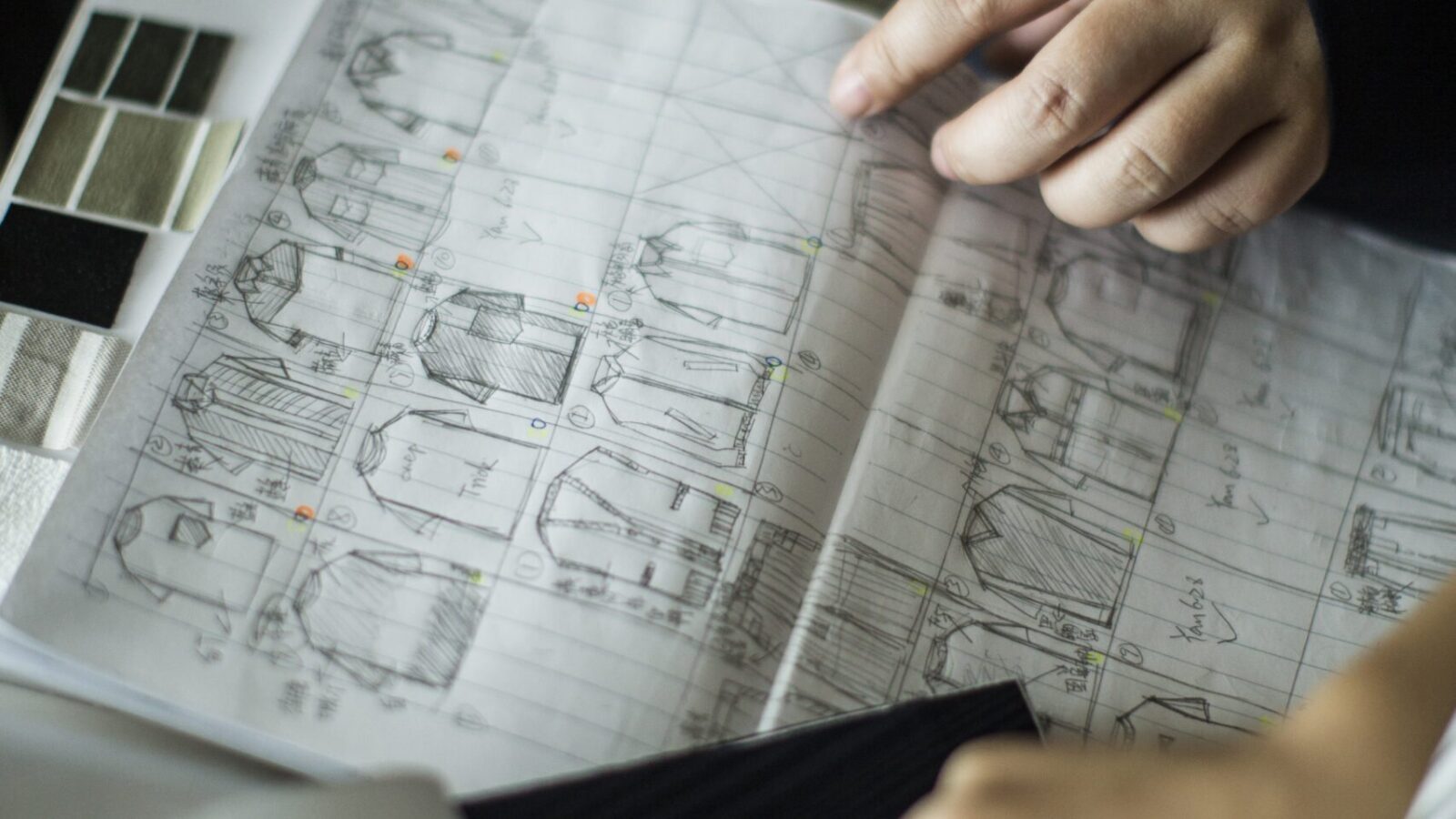 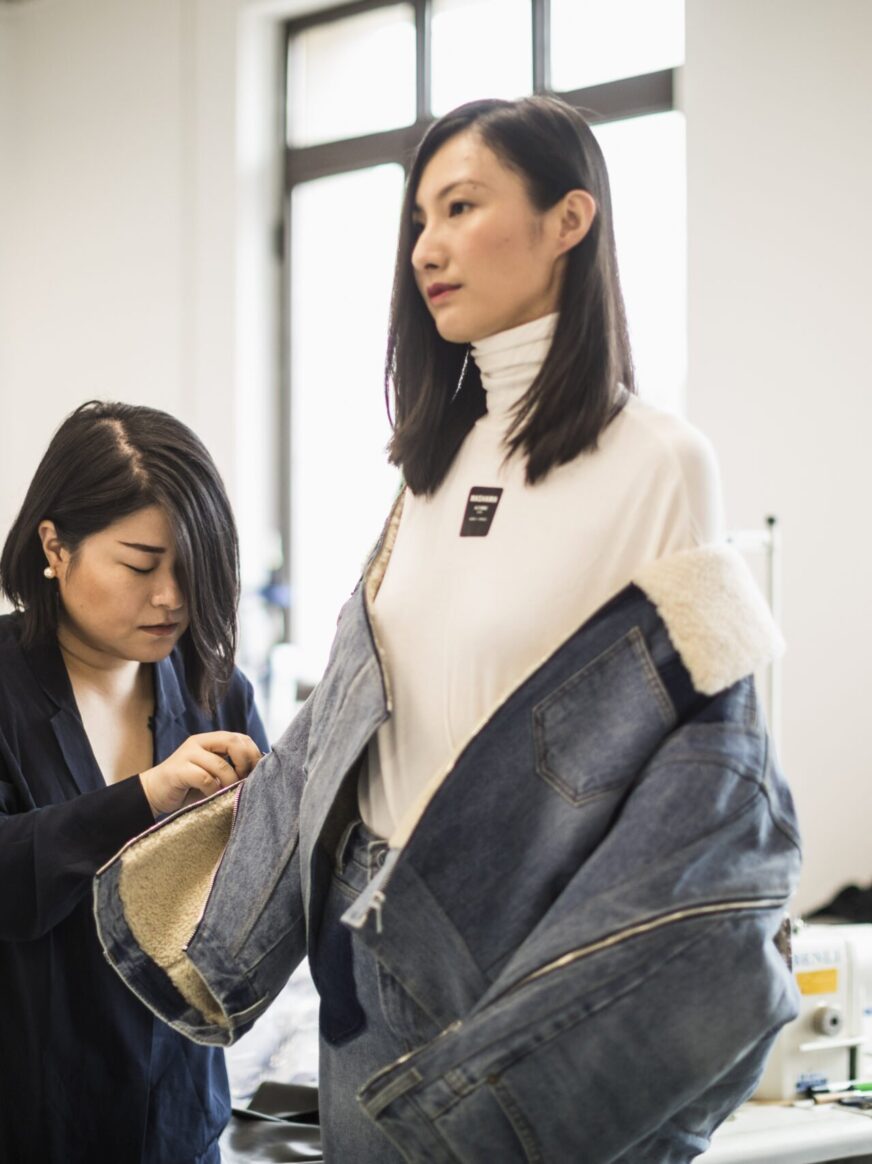 Ma’s way out of the dreary communist Beijing of the 1990s was fashion. “Everything was gray, and everyone wore the same thing,” she recalls. At 12, she chanced upon a story on the late fashion designer Alexander McQueen in Elle magazine and decided to become a fashion designer.

While she calls McQueen a creative genius, the designer sees herself as cut from a different cloth. “He was amazing, but it was all about his imagination, and not really about dressing women,” she says. For Ma though, women’s needs take center stage. “I’m constantly finding solutions to create floating sculptures that surround you but don’t restrict you,” she says, referencing McQueen’s famous corseted creations.

When I design, I write. I find notions expressed in writing so much more imaginative and luxurious. 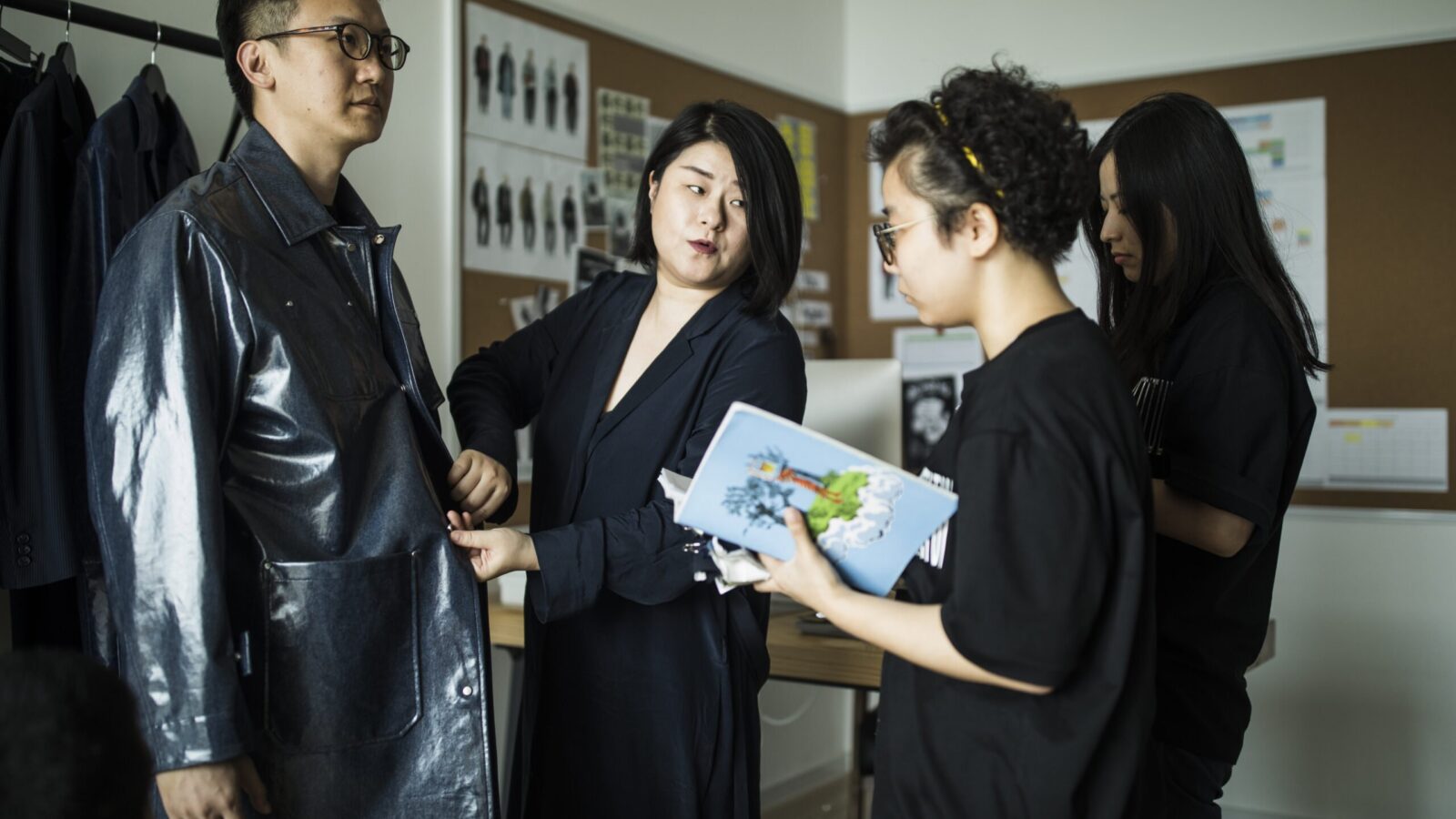 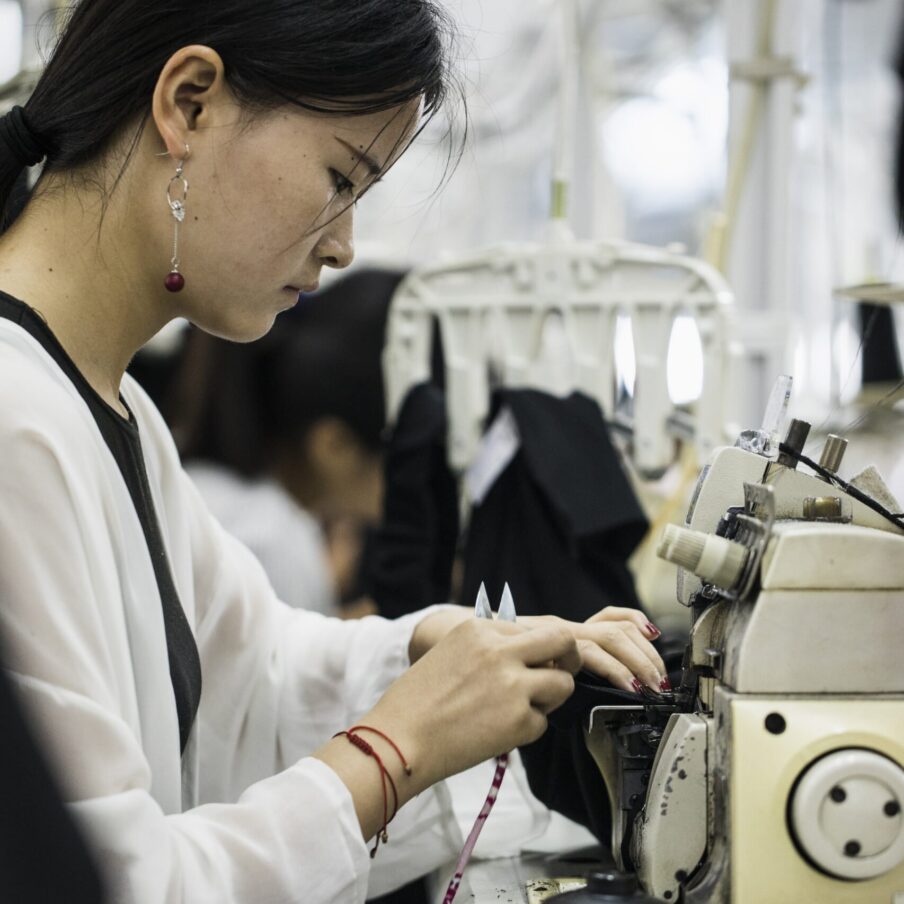 This approach was evident in Ma’s debut during Paris Fashion Week in 2012. Titled after a short story by Oscar Wilde, “The Nightingale and the Rose,” the predominantly white collection juxtaposed fluid dresses against angular outerwear with clean, sharp lines – a particularly strategic decision that showed off Ma’s artistry. “I chose white because I knew I could cut and wanted to show that off,” she says.

While Ma’s debut was rooted in classic literature, her subsequent collections draw from an eclectic range of sources. There are traces of the Wong Kar-Wai movie “2046,” the works of the Icelandic-Danish artist Olafur Eliasson and even Kurt Cobain. Her most recent collection for Paris Fashion Week took cues from “The Perfect Blue,” the anime film by the Japanese director Satoshi Kon.

Pushing the frontiers of Chinese luxury

Her inspirations may vary, but there’s a unifying theme. “Oscar Wilde is really the same as Nirvana,” says Ma. “They were both too challenging for their contexts and rebellious in a sarcastic way. I’m drawn to the avant-garde and the brave.”

Once her designs are finalized, a network of small workshops in nearby Nantong starts producing the clothes in small batches. Noting that Chinese manufacturing is often underrated, the designer says, “I don’t see ‘Made in China’ as inferior.” To realize her vision, she chooses to work with local factories that are willing to develop and experiment with new techniques. 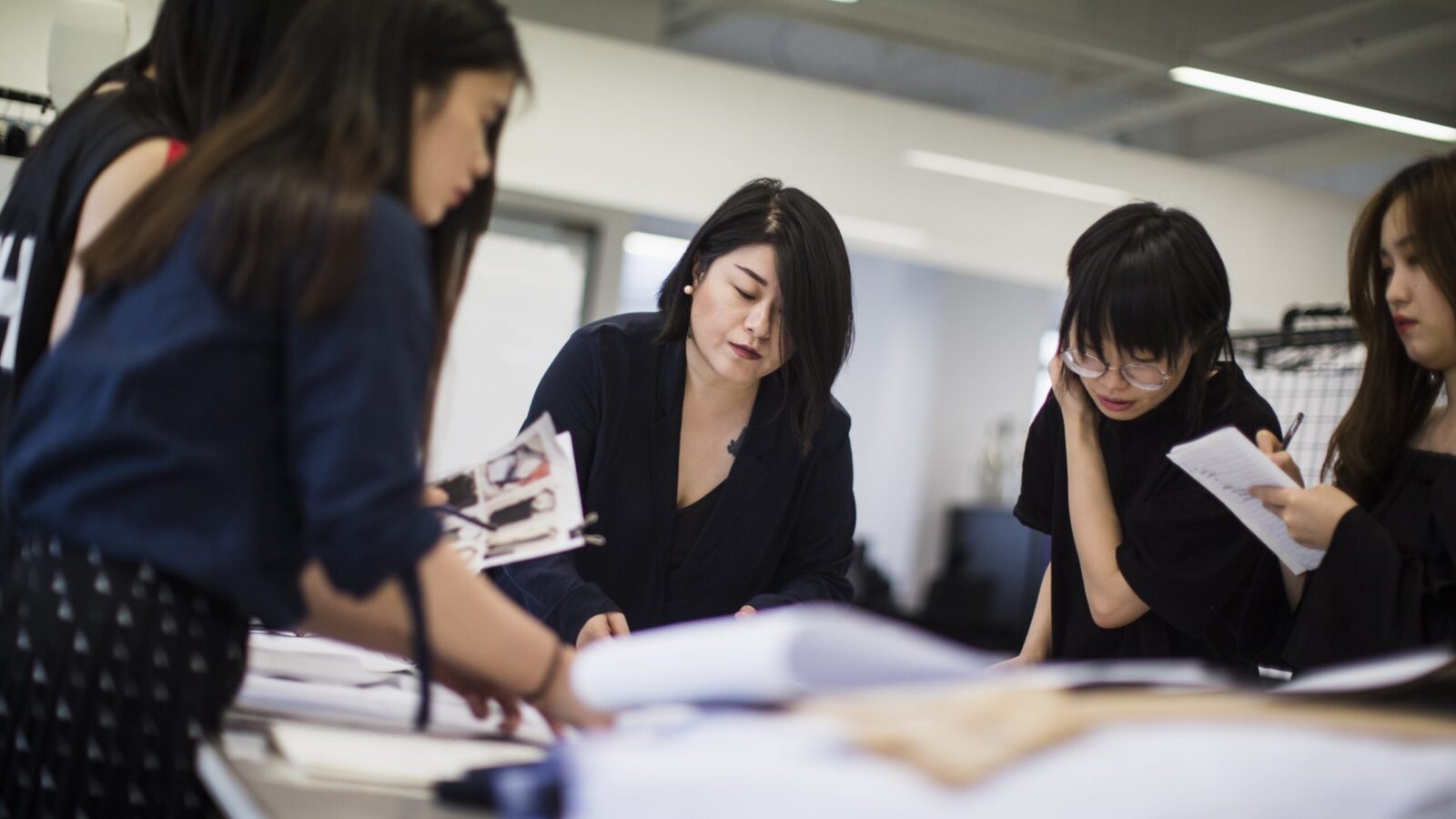 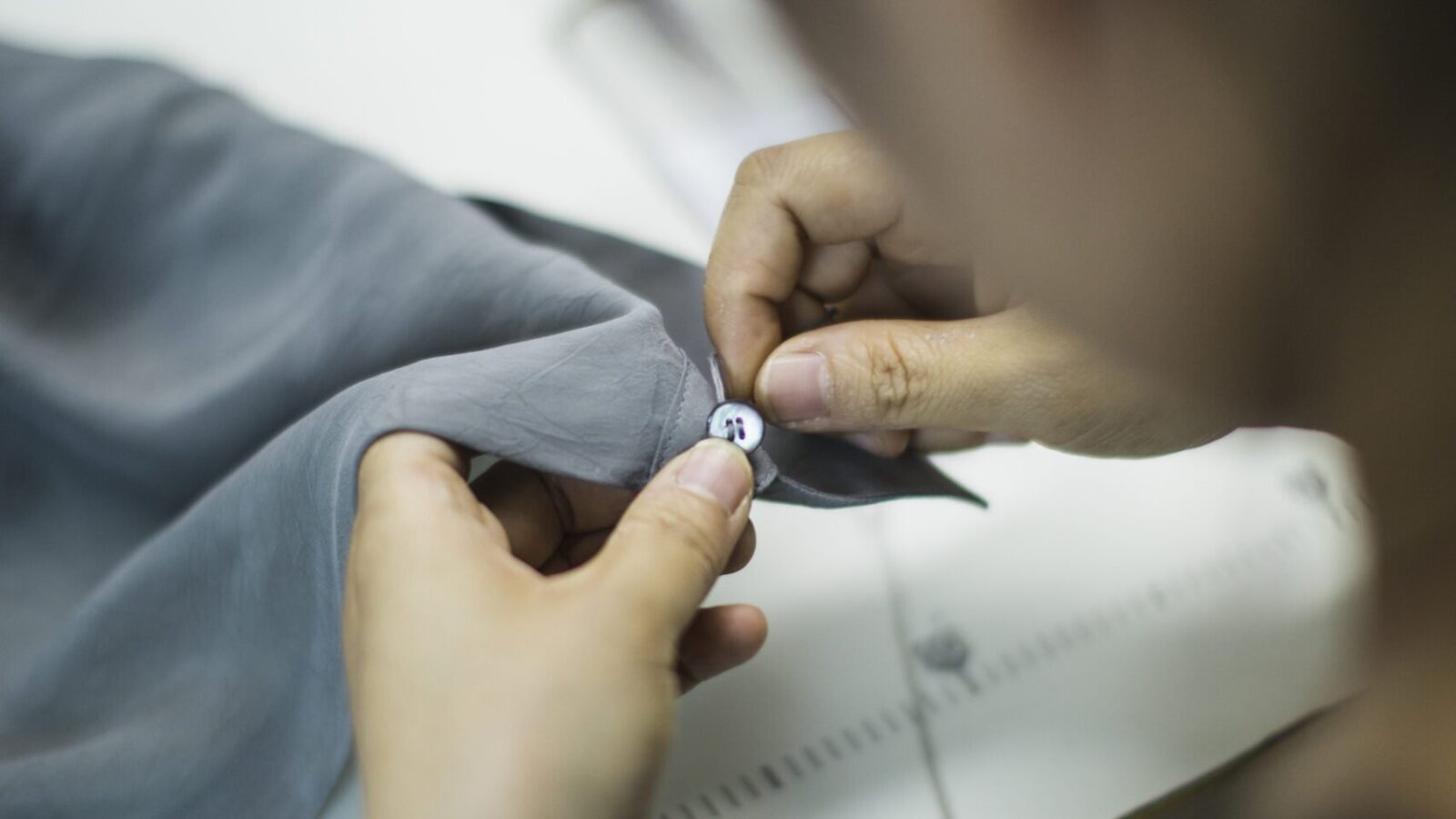 Authenticity is the true luxury. It’s a simple idea, but very nearly impossible to create. It’s like being an alchemist.

For Ma, craftsmanship is more than just hemming and seaming with technical precision — it’s also appreciating the value of beauty. “There’s a spiritual element to it,” she says. “When you realize that, you value your craft and your life as a designer.”

A striking two-piece set from the “Perfect Blue” collection is crafted entirely from a fabric of bent sequins sourced from the family-owned firm Hoferhecht Stickereien. It’s an intricate and finicky material that requires deft craftsmanship and nimble fingers to tame. Ma reveals that Mashama is the only Chinese brand the Austrian company has worked with, a testimony to the high level of artistry in her clothes. 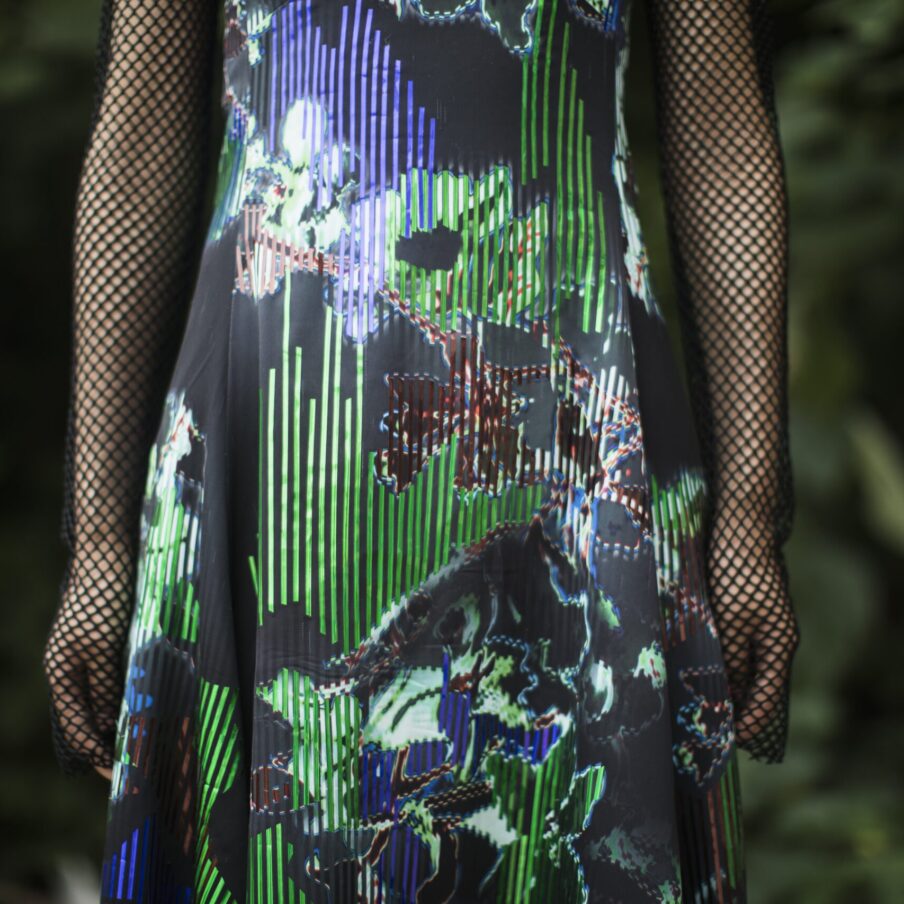 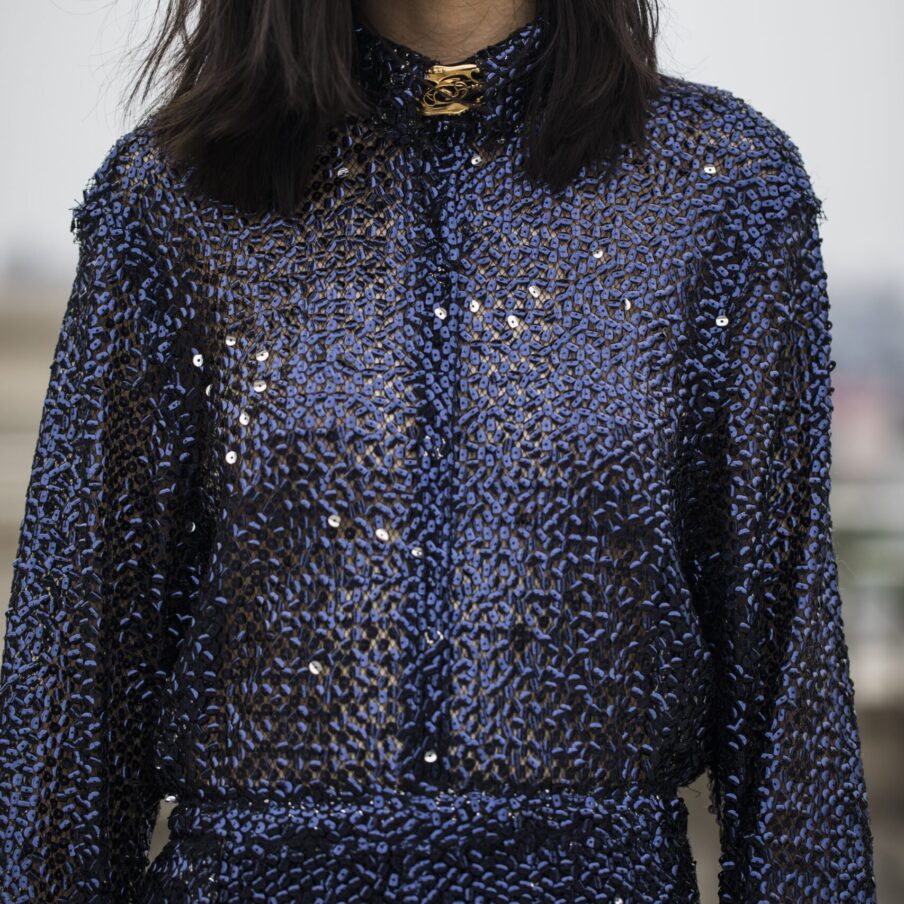 The designer says she relishes creating new universes through her designs. “I like things to look like galaxies, and my favorite thing is to tweak and play with fabric,” she says, picking up a coat. “This PVC leather-coated fabric reflects light in a three-dimensional way. You see the black, but you also see the reflection of colors.”

Galactic as these clothes may be, they’re also very much an expression of women today. “When you wear Masha Ma,” says the designer, “you’re confident. You have a sort of energy, and that’s the whole point of the cut — it’s a sculptured soft armor.” Ma may use fashion as a way to explore fantastical worlds, but she’s dressing women to tackle the real world, too.

This content was produced by T Brand Studio and previously appeared on The New York Times.

Back to Dorchester Collection Moments
Style
More like this