Serving light, refined cuisine on the most fashionable street in Paris, this is the place to see and be seen.

Please be aware that La Terrasse Montaigne is currently closed. We look forward to welcoming you back when we’re able to reopen.

Ideally situated for admiring local Parisian fashionistas, this al fresco terrace restaurant runs along the façade of the hotel, creating a natural spotlight of attention. Perfect for a shopping pause or an evening cocktail. 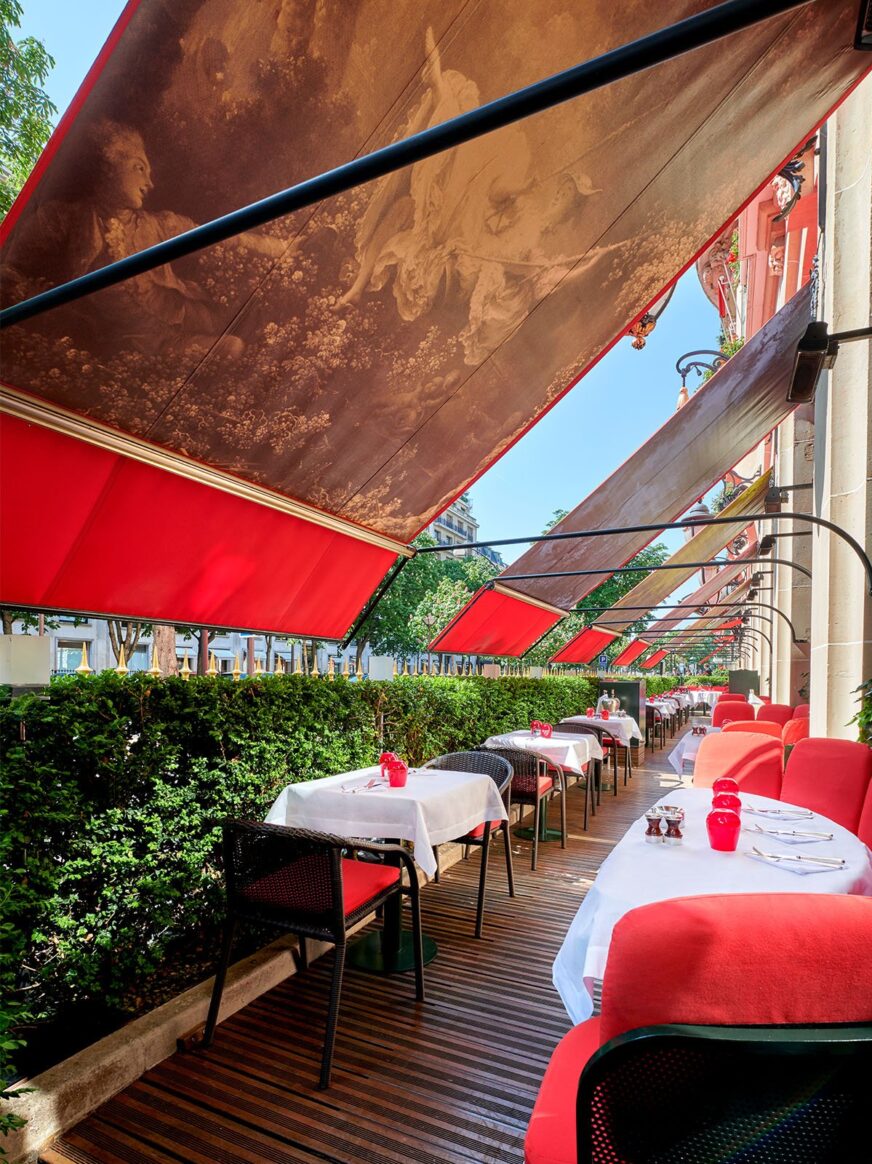 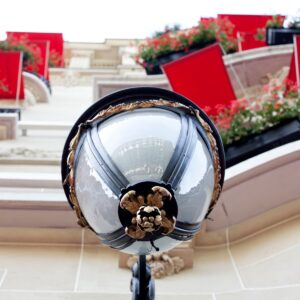 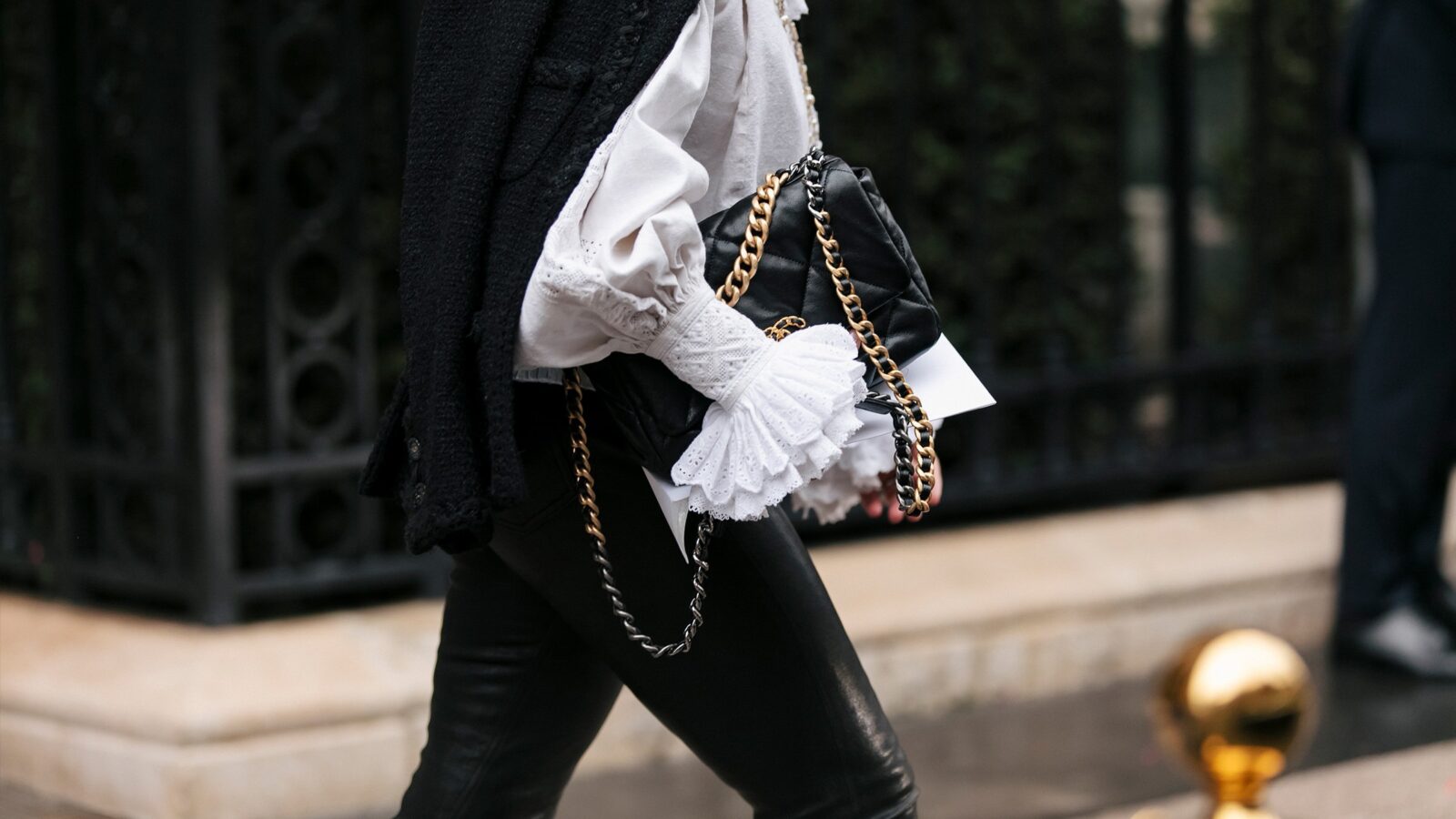 The centre of fashion

The perfect vantage point from which to admire the endless catwalk that is avenue Montaigne. An avenue dedicated to luxury and hosting the flagships of high fashion, including number 30, the historic building where Dior was founded on December 16, 1946. 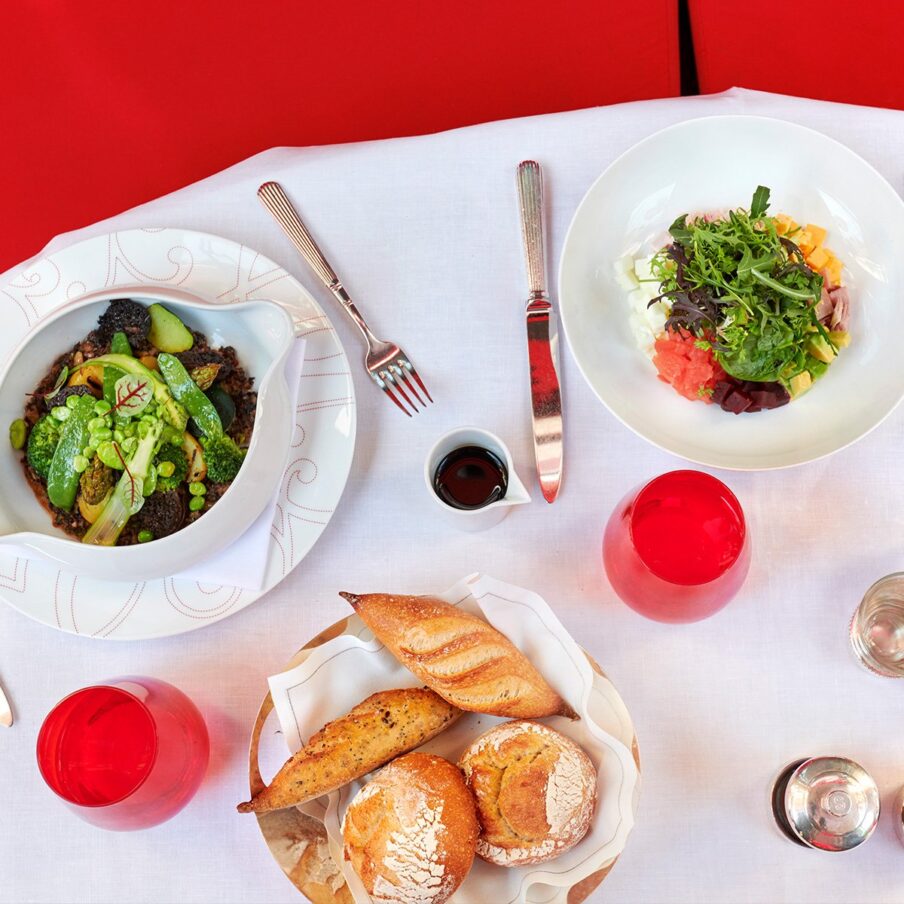 Seasonal, light and exciting dishes to reflect the freshness of summer.

After learning his craft in a number of 3-star restaurants, Philippe Marc began working in the kitchens of luxury hotels, travelling the length and breadth of South-Eastern France and working his magic in such outstanding hotels as the Vista Palace in Roquebrune, the Don César in Antibes and the Hôtel de Paris in Monte Carlo where he met Alain Ducasse. He then left the hotel sector for several years, instead heading up a family restaurant in Lyon, before coming to Paris where he took over the management of the kitchen in a small restaurant in the Latin Quarter that quickly became a huge success. It was then that the man from Jura again met up with Alain Ducasse. Since 2000, Philippe Marc has been the chef for the Relais Plaza, the Plaza Athénée’s chic grill-room, as well as catering for functions held at the hotel and providing the meals served by Relais Plaza. 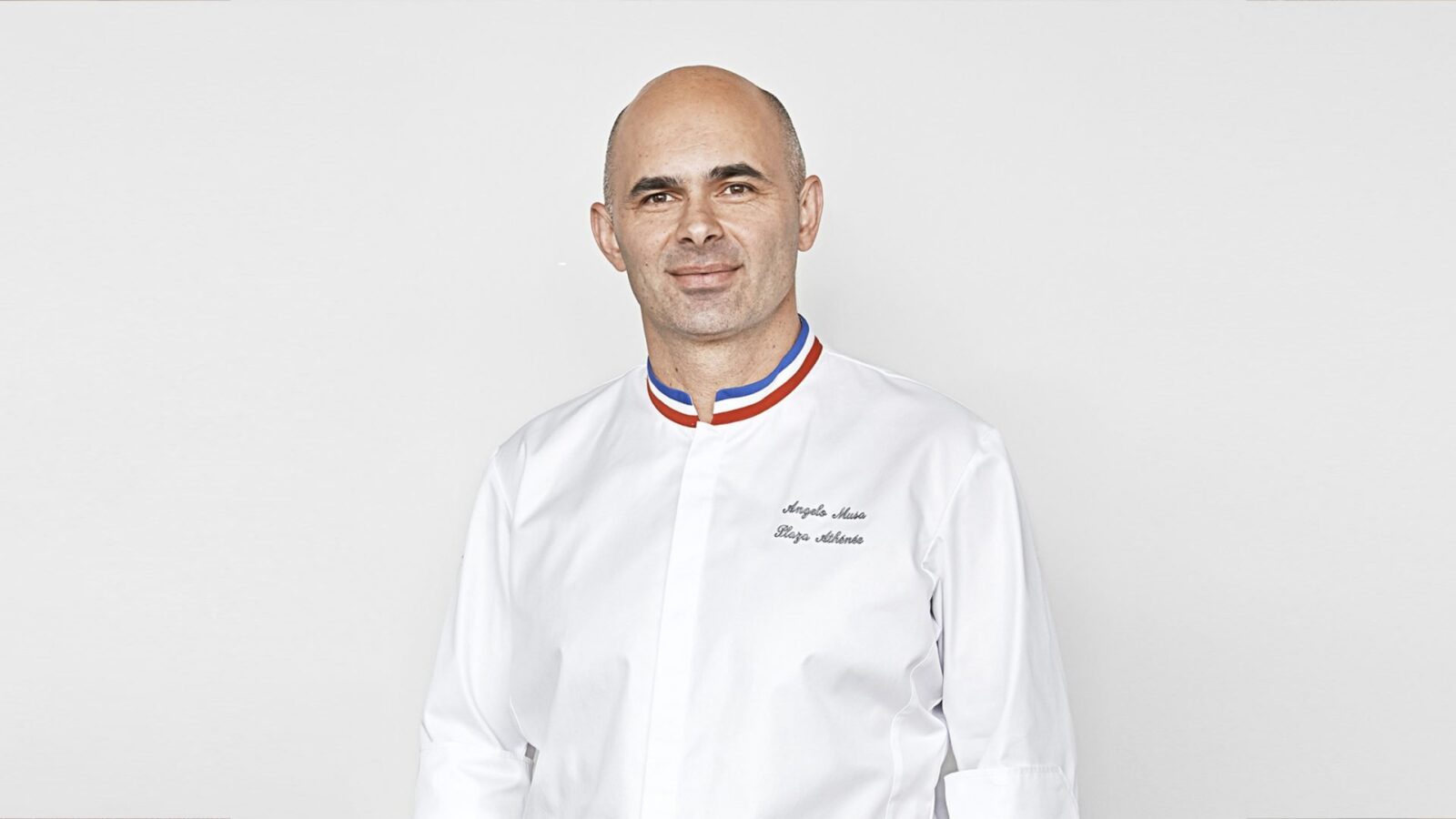 Executive pastry chef, Angelo Musa, is a winner of the World Pastry Chef award and 2007 winner of ‘Meilleur Ouvrier de France’. With long standing experience in both France and other countries, Angelo is able to add his own creative and distinctive stamp to our menus. His watch word is balance – ensuring flavours blend delicately with one another, textures create a variety of sensations on the palate, and always having a balance of sweet and sharp. He’s also a fan of giving classic patisserie a new twists. Sample our famous afternoon tea ‘Goûter’ and see for yourself. If you’d like to talk about reservations, menus or special occasions, please contact our team and we’ll be happy to take you through our lovely dining experiences.

Be the first to know

Enjoy a regular heads-up on our Dorchester Collection news and exclusive offers.