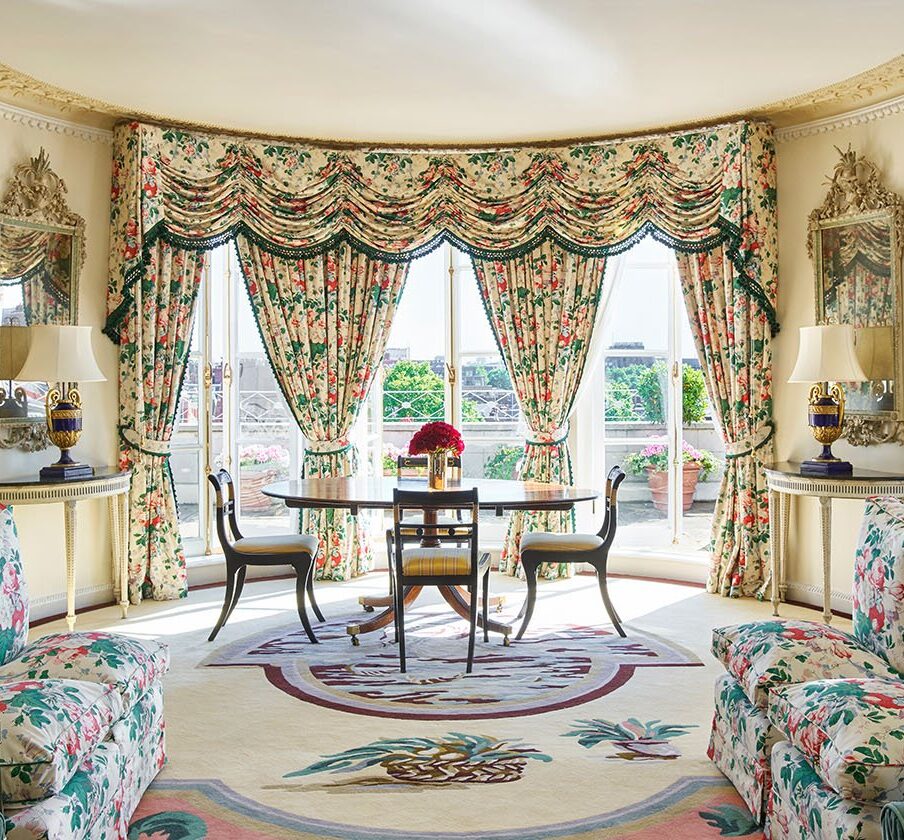 Share on Facebook Share on Twitter Share on LinkedIn Share via email
Oliver Messel, one of Britain’s foremost stage designers, was commissioned in 1953 to design a lavish suite for The Dorchester. His highly stylised and imaginative work also spanned musicals, theatre, ballet, opera and film. Here we delve into his lasting legacy.

Born into a creative family in London, Messel studied painting at the Slade School of Fine Art under the British painter and draughtsman Henry Tonks. From 1924, as a young man, Messel worked as an apprentice in the studio of the portrait artist John Wells, during which time he became acquainted with renowned artists such as Jacob Epstein and William Orpen and studied Old Master painting techniques. While at Slade, Messel became interested in papier mâché masks and exhibited some of his creations at the Claridge Gallery, to great acclaim.

Messel’s first theatre commission was to design masks for Serge Diaghilev’s Zephyr and Flora in 1925. He later designed masks for ‘Dance Little Lady’ in This Year of Grace (1928) and soon became known for his inventive use of materials and abstract designs. For the 1929 Cole Porter revue, Wake Up and Dream, at the London Pavilion, he sewed silver sequin-like mica spangles to bodices to create an icicle effect, made a dress from cleaning cloths and bath scrubbers for Lola Montez in the 1930 revue Heaven, and used gilded pipe-cleaners in The Old Vic’s The Tempest (1940). 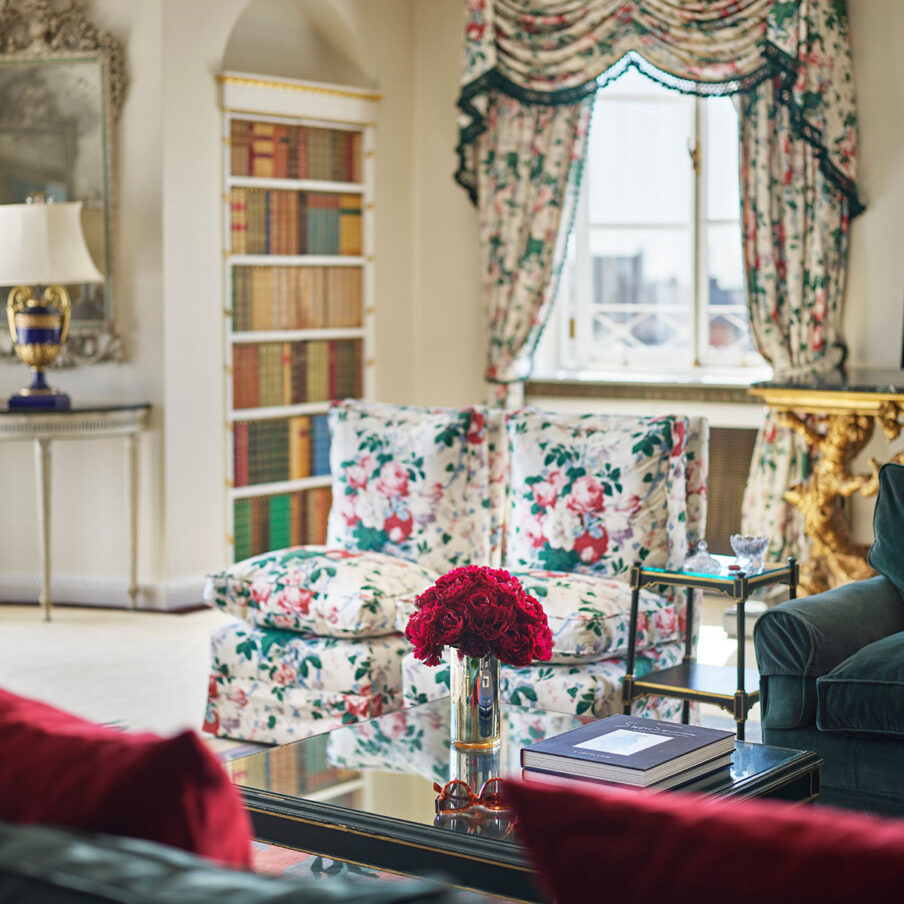 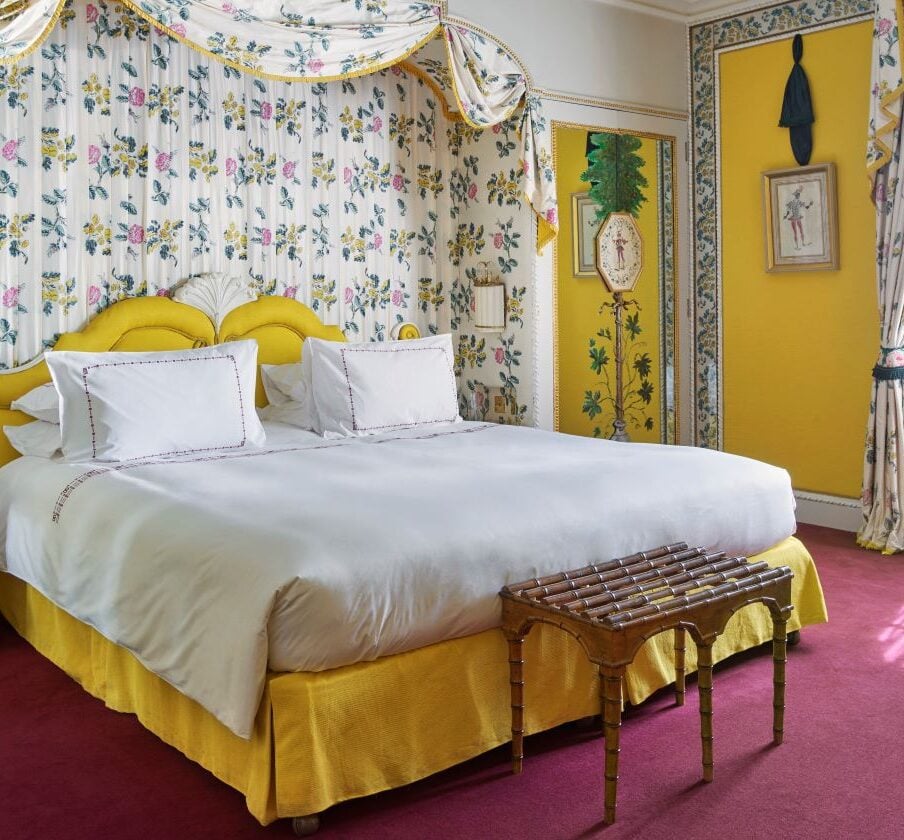 Messel’s set and costumes on the 1936 film Romeo and Juliet earned him two Oscar nominations. He also designed sets for The Marriage of Figaro, The Magic Flute and Der Rosenkavalier operas and Homage to the Queen ballet in 1953, which Queen Elizabeth II watched at the Royal Opera House in London. Another of his famous productions was Russian ballet The Sleeping Beauty in 1946 for the Sadler’s Wells Ballet (now the Royal Ballet), for which he created quintessentially English costumes inspired by 17th century artists. His vibrant designs brought joy to post-war London and still influence designers today.

Another of Messel’s contributions was to interior design. His first interior commission was The San Carlo Club on Piccadilly, before he was commissioned by The Dorchester to design what is today known as ‘The Oliver Messel Suite’. Evoking a theatrical stage set with pillars, buttercup yellow silk walls and a wonderful scalloped gold toilet seat, Messel was inspired by Venetian, Rococo and Ottoman interiors. Messel also designed the hotel’s party rooms, The Penthouse and Pavilion, which were inspired by Sleeping Beauty. Here, guests can find a rooftop terrace complete with a Rococo fountain and stunning city views. 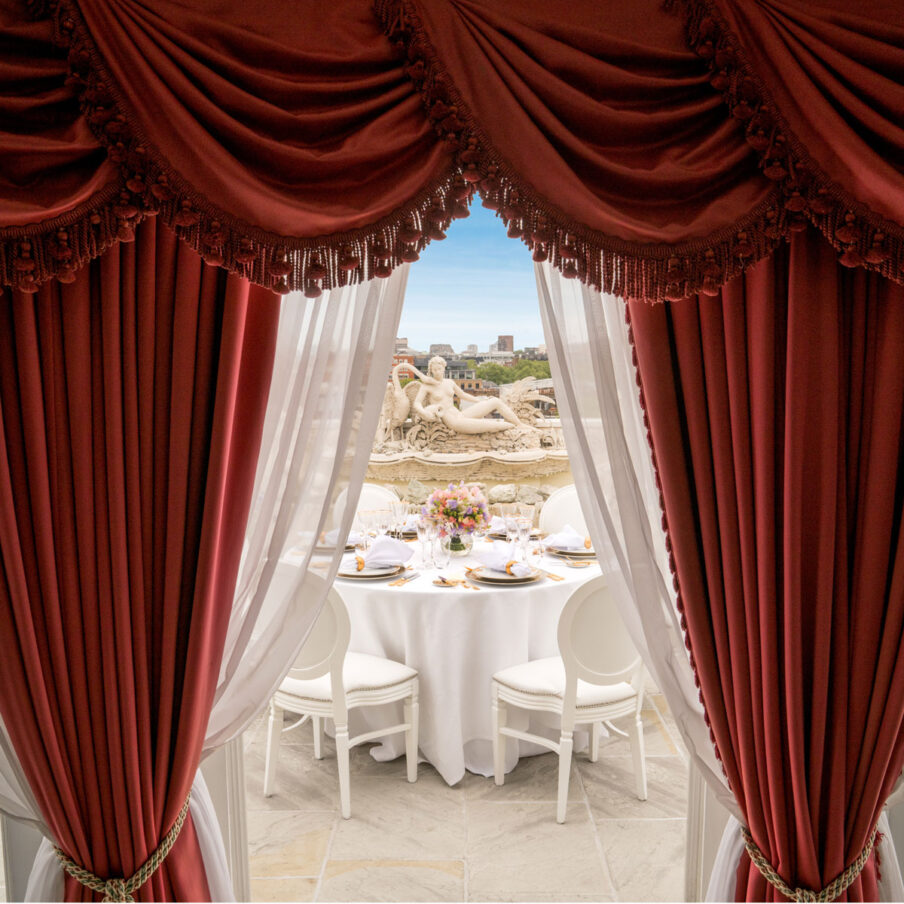 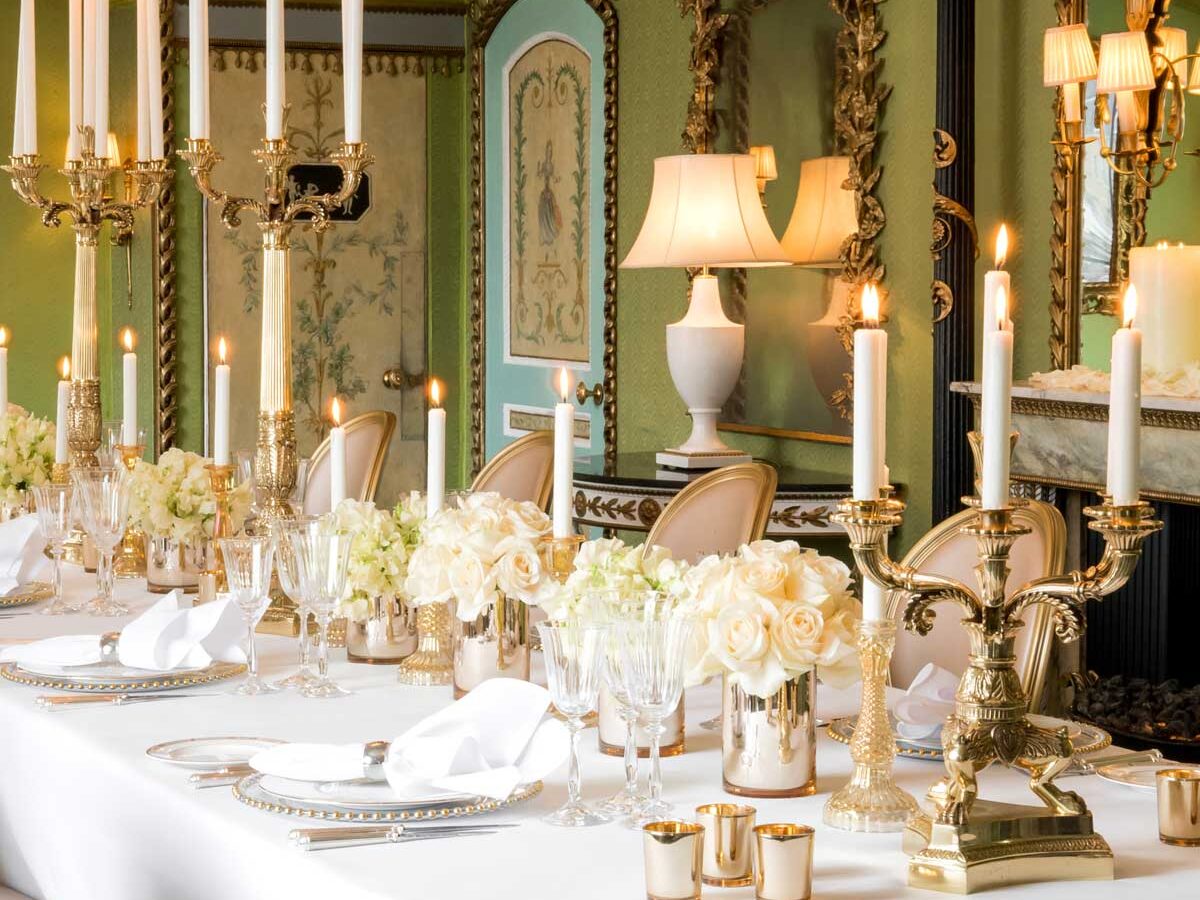 In 1996, Messel moved to Barbados, where he spent the final years of his life focussing on architecture and interiors. He and his partner, Vagn Riis-Hansen, renovated an 18th century house with Baroque furnishings and sage green paint which is today associated with Barbados and known as ‘Messel green’. Messel then turned his hand to 17 villas at Cotton House, a plantation-turned-hotel on Mustique before passing away aged 74 in Barbados in 1978. Today his legacy lives on from the Caribbean to The Dorchester in London’s Mayfair.

Balancing fanciful flourishes with modern comforts, The Oliver Messel Suite makes for a uniquely stylish stay at The Dorchester. While in London, there’s plenty of art and culture to spark the imagination, from Mayfair’s art scene to garden squares.

Welcome to one of the world’s most iconic hotels. Welcome to a place that defines its destination. Welcome to care, to refinement, to whatever your heart desires. Welcome to The Dorchester.

Discover more
Back to Dorchester Collection Moments
Design
More like this